On November 23, 1998, four big US tobacco companies signed the Tobacco Master Settlement Agreement with the attorneys general of 46 states and six US territories. Big Tobacco agreed to pay the gigantic sum of $206 billion (2.3% of the country's GDP at the time) over 25 years to compensate for public health expenses incurred by these states due to smoking-related illnesses, and to finance large-scale campaigns warning about the dangers of tobacco. The agreement was signed after a series of legal actions by states demanding reimbursement from companies for their health expenses.

Faced with the immense humanitarian consequences of climate change - hundreds of thousands of deaths and millions of forced displacements every year - and the immense financial needs for adaptation in the most vulnerable countries, local and state governments are starting to sue fossil fuel companies, just like they did the tobacco companies 30 years ago.

In 2017, the Carbon Majors study, published by the Climate Accountability Institute in the US and British NGO Carbon Disclosure Project, caused a stir by revealing that 100 fossil fuel companies (coal, oil, gas) were responsible for 71% of global greenhouse gas (GHG) emissions since 1988, and that the top 25 companies in this ranking alone had generated more than half of the GHGs emitted into the atmosphere since that date.

With this study, legal activists who sued States for climate inaction - the Urgenda Foundation against the Dutch State in 2015, the association Notre Affaire à Tous against the French State in 2021 - found a strong argument to try to legally compel large fossil fuel companies to cut their emissions, i.e. reduce their production. In April 2019, the association Milieudefensie / Friends of the Earth Netherlands, thus filed a suit with the district court of The Hague to get the Anglo-Dutch oil company Shell -- responsible for 1.5% of global emissions according to the Carbon Majors study -- to reduce its GHG emissions 45% compared to their 2019 level by 2030. In May 2021, the Dutch court ruled in the association’s favour. Shell appealed in March 2022.

In January 2020, the Notre Affaire à tous complaint to a Nanterre court against French oil company TotalEnergies -- responsible for 1% of global emissions according to the Carbon Majors study -- went further, associating 14 French local authorities representing nearly 4 million inhabitants with its suit. Notre Affaire à tous says that in September 2022 more local authorities joined the complaint, and they are weighty ones: Paris, Poitiers and New York (USA). The plaintiffs' argument focuses on the obligation of French companies to respect human rights, citing IPCC (Intergovernmental Panel on Climate Change) references to violations of the right to life and right to private property induced by uncontrolled global warming. The plaintiffs also point to "risks of serious harm to human health and safety and to the environment" due to TotalEnergies' indirect GHG emissions.

Dan Lert, deputy mayor of Paris in charge of the green transition, adds an economic argument: "The effects of climate disruption have an exorbitant cost for the city," he explained in an interview with the daily 20 Minutes. "We have invested 10 billion euros [equivalent to the city’s annual budget] since 2014 in the ecological transition. We must name those responsible for the climate peril. The purpose of this suit is to force the leading French polluter to reduce its emissions."

In the United States, since the initial case launched in 2017 by the cities of San Francisco and Oakland (California) against five oil majors - Chevron, ConocoPhillips, Exxon Mobil, BP and Royal Dutch Shell – there have been increasing numbers of local government complaints against oil firms, one of them pitting the city of Baltimore against Chevron, Exxon and BP. Two states - Rhode Island in 2018 and then Minnesota in 2020 - have taken over from municipalities, which is an important step if the tobacco precedent is anything to go by.

“Cases aimed at holding polluters accountable are set to increase, as States or other public authorities will inevitably face worsening climate impacts in the foreseeable future,’’ says Filippo Fantozzi, legal associate at Urgenda. It should be noted, however, that these cases are all in developed countries. Such action is unlikely in emerging countries, where fossil fuel firms are the most polluting in the world according to the Carbon Majors study but are often owned by an authoritarian state or oligarchs close to the government.

The final declaration of COP27, which ended in Sharm el-Sheikh (Egypt) on November 20, says nothing on this issue so fundamental for climate justice. It certainly provides for setting up a fund to compensate "damage and losses" suffered by the poorest countries due to climate change, but this fund will be financed by the richest states and not by companies producing fossil fuels. "At the very least, an exceptional tax on the cumulative profits of the largest oil and gas companies - estimated at almost 100 billion dollars in the first three months of 2022 - must be put in place," says a text launched by British daily The Guardian and signed by 30 media from 20 countries in the North and South during the COP.

As for the goal of reducing GHG emissions, it is still aimed at average global warming of 1.5°C, as in the 2015 Paris Agreement (COP21), but the final text of COP27 does not provide for any acceleration or any timeframe for exiting fossil fuels. This text "clearly protects oil states and fossil fuel industries", concludes Laurence Tubiana, director of the European Climate Foundation and former chief negotiator for France at COP21.

Recommended reading
COP 27: When Russian activists dare to take the Kremlin to court

Environmental activist Benjamin Bibas founded Radiofonies Europe / La fabrique documentaire in 2005. From the early 2000s he was interested in judicial procedures on grave human rights violations, and then on the links between such violations and the mining business. In this context, he has researched several African countries including the Democratic Republic of Congo. Since 2015, he has been documenting the way that the global environmental crisis undermines both environmental rights and human rights. 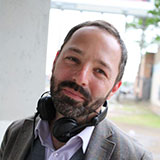