About Us - JusticeInfo.net is an independent media platform of Fondation Hirondelle


What is Justice Info?

Justice Info is an independent website in French and English covering justice initiatives in countries dealing with serious violence. It is a media outlet of Fondation Hirondelle, based in Lausanne, Switzerland, financed by its readers and by public and private donors.

Our work covers Transitional Justice, a term still not widely understood by the public.

Justice Info’s vision is both grounded in the field, passionate and expert. It plunges into the inventiveness of human societies confronted with mass violence. It looks towards new horizons such as climate and environmental justice, or corporate responsibility. Justice Info is an open, accessible and innovative media. It aims to be a platform for human communities in search of justice, and for lively debates. 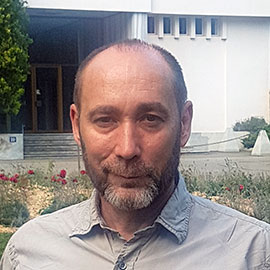 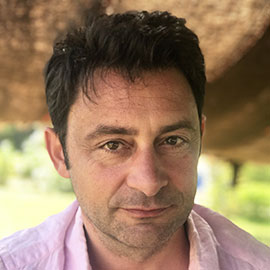 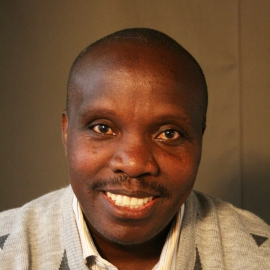 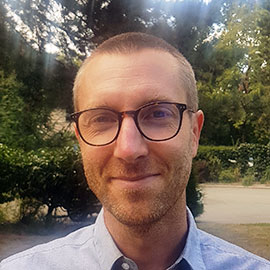 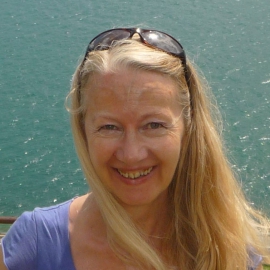 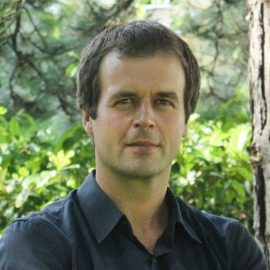 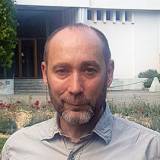 Thierry Cruvellier, Editor-in-chief
Thierry Cruvellier is Editor-in-Chief of Justiceinfo.net. For more than 20 years, he has been covering trials for crimes against humanity and genocide, from Rwanda to Sierra Leone, the former Yugoslavia, Cambodia or Senegal. Between 1990 and 1996, he regularly covered the war in Sierra Leone. He was also the representative of Reporters Without Borders in the Great Lakes region (1994-1995). He was editor-in-chief of the online journal International Justice Tribune and is an Op-ed contributor to The New York Times. In 2003 he received the prestigious fellowship at the Nieman Foundation for Journalism at Harvard University. He regularly teaches at the University of Wisconsin-Madison, USA. He is the author of three books: Court of Remorse-Inside the International Criminal Tribunal for Rwanda (Wisconsin University Press, 2010), The Master of Confessions (Ecco/HarperCollins, 2014), on the Khmer Rouge trials and Promised Land (Gallimard, 2018 not yet published in English), a story about the extraordinary endurance of the Sierra Leonean people over the last forty years. 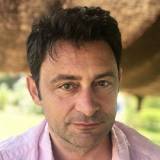 Franck Petit, Deputy Editor-in-Chief
Franck Petit is deputy editor-in-chief of JusticeInfo.net, Fondation Hirondelle’s online media dedicated to justice related to mass violence. Co-founder with Thierry Cruvellier of the online magazine International Justice Tribune, he directed it for five years, from 2004 to 2009. Since 1999, he has chronicled the trials of the International Criminal Tribunal for Rwanda. He covered the International Criminal Court at its inception as well as many transitional justice issues. He has worked for Reporters Without Borders and has reported in France, Africa, the Caucasus and Turkey. As a consultant, he has worked for several international organizations, particularly in Central Africa and the Maghreb. For four years, he led the outreach team of the African Extraordinary Chambers (ACE), based in Dakar. In the Central African Republic, he supports the awareness-raising programme on the Special Criminal Court (SPC). In France, he is a member of the editorial board of Amnesty International’s Chronicle and of the Association de la presse judiciaire. 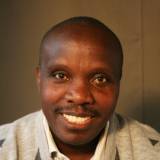 Ephrem Rugiririza, Editor-in-Chief for Africa
Ephrem Rugiririza is Deputy Editor-in-Chief for Africa of JusticeInfo.net. He has been covering transitional justice issues for more than 20 years. He began his career in 2001 as a correspondent for Rwanda’s Judicial Diplomacy magazine for which he covered genocide trials before the traditional Rwandan Gacaca courts. Two years later, he joined Fondation Hirondelle as a journalist at the Hirondelle News Agency, then based at the headquarters of the International Criminal Tribunal for Rwanda (ICTR) in Arusha, Tanzania. He became editor-in-chief in 2009, before taking part in the creation of JusticeInfo.net in 2015. Ephrem Rugiririza also collaborates with other international media such as the Agence France Presse (AFP). He has also been a correspondent for Reporters Without Borders (RSF) in Tanzania. 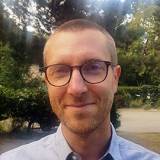 Sylvain Olivri, Web Editor & Community Manager
Sylvain Olivri is, since August 2018, the editorial webmaster and community manager of JusticeInfo.net. Versatile digital professional, he intervenes since the year 2000 on projects that go from the strategic and editorial conception, to the diffusion of contents (search engine optimization, advertising, community management...). He also deals with web design (ergonomics and graphics). Since 2016, Sylvain has pursued audit and consulting missions to formulate strategic recommendations and improve the website, its communication and its performances. 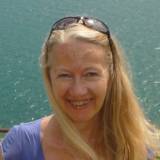 Julia Crawford, Journalist - translator
Julia Crawford is a journalist and translator for JusticeInfo.net since June 2015. She is an experienced journalist, editor and journalism trainer, specialized in African affairs and transitional justice. She has previously worked for Radio France International in Paris, as editor of the Hirondelle News Agency in Arusha, Tanzania, for IRIN in Nairobi, the Committee to Protect Journalists in New York and BBC Media Action in London. Julia Crawford currently also works part-time as a news and feature writer for swissinfo.ch. 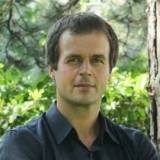 Jean-René Berrenger, Webmaster
Jean-René Berrenger is the Webmaster of JusticeInfo.net since July 2016. He has over 10 years of experience in web development, SEO optimization, social media communication and web design. He previously held Web Developer positions for international companies and organizations such as Netgem, Prodata-LGI, Atlas Editions and the International Road Federation.

Justice Info was created in Lausanne, Switzerland, in spring 2015, under the impetus of Pierre Hazan, journalist and expert in transitional justice.

“What is at stake is essential: The way violence of the past is dealt with defines the values of the present and the social choices that will affect the future,” Pierre Hazan explained as Justice Info was launched.

Justice Info is 100% digital, completely independent, and does not carry advertising. It was created by Fondation Hirondelle, a Swiss non-profit organisation founded in 1995 after the Rwandan genocide to provide reliable, useful information to populations facing serious crises.

“We are convinced that nothing is too complex or technical to be explained and shared; that the stories we cover have a universal dimension; that rigorous, independent information is necessary for fair, adequate justice; and that what is happening in Bunia, eastern Congo, can have resonance with what other peoples in Europe, the Middle East, Asia, Americas or Oceania have lived through or may have to live through,” explains Thierry Cruvellier.

The team is boosted by numerous regular and occasional correspondents across the world.

From Banjul to Bogota, from The Hague to Tunis, our local correspondents and specialists are committed to telling and illuminating, with clear language and an independent spirit, stories of justice, of women and men facing serious violence and seeking to overcome it.

For justice to be done, it must be seen

To mark the anniversary of Justice Info, which celebrates its 5th anniversary on June 12, we made a 5-minute video… Meet, in the field, those who tell our stories of justice around the world. From Cambodia to Colombia via Tunisia and the Gambia, our journalists tell of their daily work to show justice as it is in countries facing mass violence.

From local to global (and vice versa)

An important part of our audience is made up of the populations most concerned by international crimes. Independence and professionalism are all the more important when serving societies where information is often scarce and partial. We want to offer these readers, in particular, a forum for innovative, bold, even disturbing ideas and reflections.

Justice Info is also aimed at experts and transitional justice actors such as lawyers, magistrates, researchers, academics, civil society organizations, humanitarians and journalists, all of whom relay information in their spheres of influence and action.

Our approach is to inform these audiences of what the other lacks access to, invite them to take an interest and learn from the realities and issues of the other, and — why not — bring them together on our social networks.

A Gambian reading our reports on the truth commission that is fascinating his whole country may also be curious about the work of the Tunisian truth commission that preceded it. A researcher at Leiden University in the Netherlands may be inspired by reading the report and analysis of our Colombian or Congolese correspondent.

Without information, no reconciliation

Justice Info, a project of Swiss NGO Fondation Hirondelle, operates without shareholders, without advertising and with free access.

Our funding comes from institutional donors and private foundations, whose support is detailed in Fondation Hirondelle annual reports (see page 18). In 2019, Justice Info was funded by the canton of Geneva, the Swiss Agency for development and Cooperation (Swiss government), the Nicolas Puech Fondation, the Robert Bosch Foundation and DCAF, the Geneva Centre for Security Sector Governance. In early 2021, the 2020 annual report will detail how funding has developed.

The diversification of Justice Info’s funding sources being a guarantee of its independence, donations from individuals are currently encouraged and facilitated on our website, in the “Support Us” section (via the “DonorBox” feature).

The annual accounts of Fondation Hirondelle (including those of Justice Info) are audited annually in a statutory report, produced by a certified firm, and are available here.

In its founding principles, its values and its functioning, Justice Info is in line with the Fondation Hirondelle Charter.

Fondation Hirondelle, of whose media Justice Info is the only “pure player”, creates or supports independent media in crisis zones. It defends its independence from political and economic powers. It defends non-partisan information. No one, with the exception of persons designated by the Foundation, may demand or prohibit the dissemination of content by any of Fondation Hirondelle’s media outlets.

Justice Info publishes, among other content, opinion pieces or “Op-Eds from outside contributors, highlighting diverse ideas, with respect for all. The comments made do not necessarily reflect the position of Fondation Hirondelle or JusticeInfo.net. The conditions are only that they must not be contrary to the values, codes and Charter of Fondation Hirondelle, to journalistic ethics, or to Swiss law.

Fondation Hirondelle (FH) demands professionalism and excellence in its field of activity. Well-defined editorial objectives must be qualitatively measurable thanks to rigorous management, which is a guarantee of quality and success for FH media.

INDEPENDENCE notably from political and economic powers, to ensure the credibility of our news and information among beneficiary populations. Justice Info produces content that respects laws, and the ethical and deontological rules of the profession. Nobody can demand broadcast of an item on FH media except for professionals designated by the Fondation.

HONESTY is a guarantee of independence. FH journalists come from diverse cultural, religious and national backgrounds which are sometimes in conflict with each other. Each individual is formed by his or her life, memory, traumas, desires, dreams, affinities, prejudices, etc. The absolute objectivity often demanded of journalists is a utopia. Fondation Hirondelle promotes a human value: honesty. A journalist must report the facts as honestly as possible while combating his or her prejudices. More generally, honesty is a fundamental value of FH in its relationships with third parties, donors and partners.

UNIVERSALITY in respect for differences. FH work is based on a conviction that there are universal values, as defined by the Universal Declaration of Human Rights. Through its action in countries or regions hit by crises and violent acts, FH believes each person is precious and deserves dignity. Respect for dignity implies respect for the differences and particularities of each person.

OPENNESS. Openness to the world is part of Fondation Hirondelle’s DNA. Justice Info is in line with the Recommendations on the Media established by the UNESCO Round Table (4-5 May 2000, Geneva).

In transition countries (when societies are emerging from an armed conflict, civil war or authoritarian regime), transitional justice includes a range of judicial and non-judicial measures to confront, understand and provide reparation for grave violations of human rights. It is also being extended to stable countries dealing with other, contemporary forms of violence committed in peace time, or with the crimes of the past.