Immediately after the International Criminal Court Pre-Trial Chamber and Prosecutor rendered the decisions to open an investigation into the territories of the West Bank, Gaza and east Jerusalem, the Israeli government issued a number of counter narratives. Looking more specifically at Israel’s Facebook page in France, and the Prime Minister’s official statement available online in English, these narratives can be divided into two kinds of discourses: delegitimizing and dialoging narratives.

Among the delegitimizing discourses appears the victimhood argument, which is based on strong individual and collective emotions. It is portrayed with the help of an image of a Nazi camp, and it goes as follows: the ICC was established in order to prosecute Nazi-like crime, mass atrocities that profoundly shocked humanity’s conscience, of which the Jewish people were the victims.

According to this framing, having been the victims of Nazi crimes, the Jewish people are the only and perpetual victims (of the Nazis in Europe and/or of terrorism in Israel), and therefore the Jewish state is not - and cannot - be a perpetrator. Thus, if the ICC is going after Israel, it is because it is an anti-Semitic institution, against which Israel needs to protect itself.

Engaging the ICC while not officially cooperating with it

A second delegitimizing argument that also requires Israel to protect itself is the politicization of the court, its double standards and its use by anti-Israeli forces that want to destroy it. This argument is constructed as follows: while the ICC refuses to investigate crimes committed in Syria and Iran, where real crimes are committed on a daily basis, it goes against Israel - the only democracy in the Middle East - to look for fake war crimes. This shows that the ICC is not a court, but a political body, which is being used as an anti-Israel propaganda tool. To conclude, Israel’s Prime Minister states that “we will fight this perversion of justice with all our might”, taking a similar tone to former US President Trump.

A different set of arguments are the dialoging/engaging arguments. Among those, Israel advances legal (and political) arguments challenging the decisions of the court in the exercising of its competences while arguing that the Palestinian authority is not a state and, as Israel has not ratified the Rome Statute, the ICC founding treaty, it lacks jurisdiction. It highlights, in particular, the dissenting opinion of the judge from Hungary in the ICC Pre-Trial Chamber decision. By doing so, it addresses legal considerations and engages with the ICC on the merits. Indeed, although not “officially collaborating with the ICC”, Israel has been engaged with the court for many years. Among many examples are the diplomatic efforts that Israel carried out in order to convince states and other relevant parties to submit to the ICC Pre-Trial Chamber an amicus curiae, when it was considering the question of territorial jurisdiction. Another example is the detailed 34-page legal memorandum regarding the competence of the ICC by the Israeli Advocate General published in December 2019.

Another set of arguments, from an institutional point of view, state that the ICC was not created for democracies with a functioning legal system, opening the door for 'complementarity'. This is indeed a challenging question for the ICC: does it also exist for democratic states?

Israel is situating itself in between negating the basic legitimacy of the court and actively engaging and exchanging in an open dialogue about legal questions. In comparison with other rule of law states such as the US and the UK, which have found themselves in a similar situation of being examined at the ICC, the reaction of Israel can be situated in the middle of the delegitimizing-cooperating scale. On one extreme of this scale is a position of total delegitimation – as we saw with the harsh reaction of the US following the decision of the ICC prosecutor to open an investigation into Afghanistan, without any legal dialogue on the case itself (“The United States will use any means necessary to protect our citizens and those of our allies from unjust prosecution by this illegitimate court”) and including imposing personal sanctions on the ICC Prosecutor. At the other extreme, is the cooperation of a member/supporting state in order to block ICC jurisdiction – as we saw with the UK, a European member state which supports the ICC. It collaborated with the court, and created a complex net of national inquiry mechanisms, which resulted in the recent closure of the preliminary investigation by the ICC prosecutor in December 2020, despite the lack of actual prosecutions in the UK.

Israel, like the US and UK, acts to prevent the ICC from exercising its competences, but they do this through different strategies. Indeed, when reviewing the Hebrew Israeli press, it becomes evident that Israeli officials take the ICC threat very seriously. It has been written in many press articles that secret arrest warrants may be issued, while mentioning a list of 200-300 persons that may be directly affected and thus prevented from going to ICC member states such as those in Europe.

Lessons for the Gaza case

As for the Gaza case, if it engages with the ICC, Israel could act as the UK did and address complementarity, while creating mechanisms for national investigations (as it already has in the past) and advancing legal defenses. Indeed, one of the lessons that arose following its non-cooperation with the two UN fact-finding missions was that Israel not being able to present its position and thus not being able to influence the decisions was harmful to its position. In this context, see the ICC Prosecutor’s referral to the Pre-Trial Chamber:

"With respect to the admissibility of potential cases concerning crimes allegedly committed by members of the IDF [Israeli Defense Forces], the Office notes that due to limited accessible information in relation to proceedings that have been undertaken and the existence of pending proceedings in relation to other allegations, the Office’s admissibility assessment in terms of the scope and genuineness of relevant domestic proceedings remains ongoing at this stage and will need to be kept under review in the context of an investigation. However, the Prosecution has concluded that the potential cases concerning crimes allegedly committed by members of Hamas and PAGs [Palestinian Authority in Gaza] would currently be admissible pursuant to article 17(1) (a)-(d) of the Statute."

Palestine Situation before the ICC: reflections and views of Israel

An exit strategy in the settlement case

The settlements case is, however, radically different. Here, complementarity would be irrelevant as Israeli governments and army have always supported them in a direct and explicit manner. Hence, the only possible legal way to block ICC competence is through “the interest of justice” (= the start of a transitional justice process). This was the case with Colombia, which had been under preliminary examination since 2003. The case did not proceed to investigation following national transitional justice processes and justice mechanisms, most notably the Special Jurisdiction for Peace. As stated by the Deputy Prosecutor of the ICC regarding “The Role of the ICC in the Transitional Justice Process in Colombia”:

It may therefore be useful to compare the Israeli and Colombian situations before the ICC as they are both engaged in a prolonged armed conflict with belligerents that are there to stay; it is not an extraterritorial armed conflict as is the case of the UK in Iraq or the US in Afghanistan. Hence, the only escape door could be the initiating of a transitional justice process - a positive option for both sides to move on productively. If this door is opened and the ICC triggers, along with other actors, the start of a transitional justice process, this is good news for all of the parties, including the ICC itself. Let's hope it does! 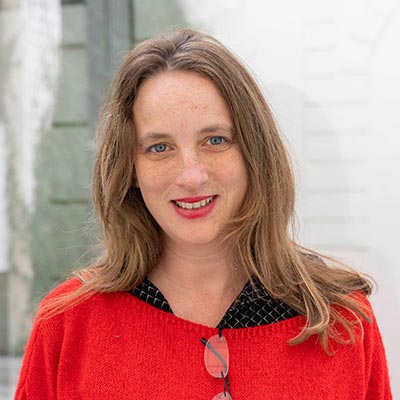 Copy this HTML into your CMS
Press Ctrl-C to copy
Israel : Related articles 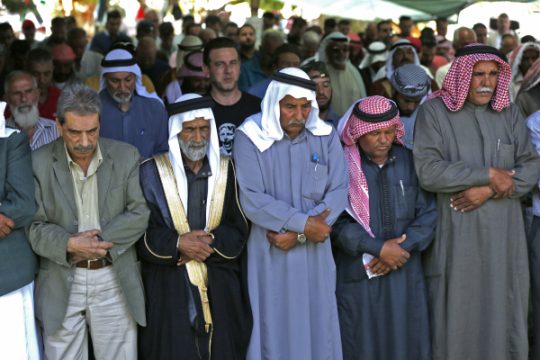 ICC Information and Outreach for Palestine victims
Most read