On May 26, Angola's President Joao Lourenço took an important step in coming to terms with one of the country's most pressing and unprocessed traumas. In a landmark speech the President apologized and asked forgiveness for mass executions that occurred in 1977 in response to an alleged coup attempt on May 27 of that year. The events are commonly referred to in Angola as “May 27”. Thousands of Angolans were tortured and murdered in the months and years following May 27 and many disappeared into anonymous graves. In addition to the public apology and request for forgiveness, the President also announced the localization, excavation and returning of victims’ remains to their families and the issuance of death certificates to next of kin.

The President’s announcements are unique in at least two ways. This is firstly because, as we have explained elsewhere, Angola has since the end of a decades-long civil war in 2002 officially promoted a ‘forgive and forget’ policy. Secondly, because of all the atrocities that were committed during the civil war, the events particularly of May 27 have been a taboo subject. May 27 was extra painful, as it concerned an internal purge within the ruling MPLA party. Indeed, some years ago only few could have foreseen both the timing and nature of this apology.

This said, the fact that the government would undertake some reconciliatory action towards May 27 victims was not all that surprising. After all, intense lobbying and pressure from May 27 victims and relatives of victims had led the Angolan government to set up an Inter-ministerial Reconciliation Commission in 2019. We described the challenges this commission was facing in a previous contribution to Justice Info in 2020. It was given a two-year period in which to address the concerns of all victims of political conflicts from the 27-year long Angolan civil war. An important purpose of the commission’s work was to heal “the psychological wounds of families” and to “regenerate the spirit of fraternity among Angolans through forgiveness and national reconciliation”.

The past two years have shown a diverging reconciliation process, caused by a mismatch between the commission’s approach and the demands of the so-called ‘May 27 platform’, an umbrella body uniting three of the most vocal groups of May 27 victims, often represented by survivors and victims’ children now living in Portugal. From the very beginning, the commission focused on two issues: the creation of a monument for victims of all political conflicts and the setting up of a system for the issuing of death certificates for victims of these conflicts. Meanwhile, victims of May 27 were expressing wishes and demands that went much further than ‘only’ a general monument and issuing death certificates. Many demanded public apologies, access to the remains of their loved ones and access to the truth about what happened to them. Some also wanted to know the names of the perpetrators. The frustrations at lack of progress in the commission’s work culminated in March 2021 in the complete suspension of any further cooperation with the commission by the ‘May 27 platform’. President Lourenco’s unexpected turn and compliance with some of the platform’s key demands suggests this boycott may have worked.

A limited and specific atonement

Still, an important question remains unanswered: what does this public apology mean for Angola’s wider reconciliation process? Although Angolans euphemistically tend to refer to the civil war as ‘confusão’ (confusion), it was a particularly brutal war characterized by virtually all possible breaches of the Geneva Conventions, including large-scale recruitment of child soldiers, sexual violence, indiscriminate bombing and forceful displacement. The exact scale and nature of these crimes have never been investigated, nor have any reparations been granted or apologies been offered. So far, the commission has engaged mostly with the May 27 issue, largely neglecting other victims. Although the President alluded in his speech to victims of some other specific war-time events - most notably those committed by opposition party UNITA -, no words were dedicated to the thousands of other victims of such war crimes. The public apology, no matter how unprecedented and groundbreaking it may be, is thus a limited and specific atonement.

The omission of this large group of victims can most likely be explained because the Angolan government does not consider them as victims of political conflicts, the type of conflicts the reconciliation commission is mandated to address. Although neither the decree that created the commission nor any other government documentation provide a clear definition of “political conflict”, Minister of Justice Francisco Queiroz, the commission’s coordinator, has provided some clarification of its meaning. In June 2019 he stated that political conflicts are “events that were not directly related to the war, but nevertheless caused victims”. He illustrated this by referring to “the elimination of political adversaries, sometimes within the same political organization, persecution of persons or groups of persons for various reasons, massacres of innocent civilians that had nothing to do with the war and bomb explosions in public spaces”. In an interview a year later, he said that political conflicts “generally” result from “political-historical errors” and that not every citizen “has the capacity to produce such errors”. Such errors are produced “by those who have political responsibilities, either from a party perspective or from the perspective of the state”. When asked which “political conflicts” had so far been identified by the commission, Queiroz referred in particular to internal purges within the parties to the civil war.

The fact that the President in his recent address to the nation did not refer to the thousands of civilian victims of wartime rape, looting and recruitment of child soldiers suggests that they are deemed not to fall under the commission’s mandate. Perhaps this is because these victims can be considered “directly related to warfare”; according to Queiroz’ description this would disqualify them as victims of political conflicts. On the other hand, they could also be regarded as victims of situations “in which people used the war situation and caused victims”, thus qualifying them as victims of political conflicts according to Queiroz’ other description. We hope that the "technical group" set up by the commission in March 2020 to, inter alia, provide further clarification on the meaning of the “political conflict” concept, provides a clear definition and answer to this question. So far, however, it has not done so.

Technical issues of definition may not be the most interesting to read, but details matter. They matter, because the public apology and any other initiatives resulting from the current reconciliation process either address all victims of atrocity crimes committed during the civil war, or only a specific - vocal, well-educated and well-connected - group of victims. It also matters as President Lourenço’s speech suggests his apology, the issuing of death certificates and a soon-to-be completed memorial should mark the end of Angola’s top-down reconciliation process. “This turning of the page leads us to the genuine reconciliation of Angolans regardless of party colours,” he stated, urging all Angolans to get back to business and dedicate their knowledge and energy to the development and well-being of the country.

With presidential elections and the celebration of 20 years of peace in view next year, the Angolan government has a clear interest in seeing the reconciliation process brought to a successful conclusion soon. It remains to be seen how the May 27 Platform will respond to the most recent developments now that some key demands such as a public apology have  been met. At the same time, two other key demands – establishing the historical truth and the identification of those responsible for the May 27 atrocities – have not been dealt with. Moreover, it is unclear how the thousands of mostly desperately poor war-time rape victims and former child soldiers perceive the current reconciliation process. Up to now they have seemingly never been considered as serious stakeholders in the process, and the chance that this will change in the foreseeable future is limited.

Senior lecturer in human rights law at the European Studies programme of the Hague University of Applied Sciences in the Netherlands.

Associate professor of criminology at Vrije Universiteit Amsterdam and co director of the Center for International Criminal Justice.

Copy this HTML into your CMS
Press Ctrl-C to copy
Angola : Related articles 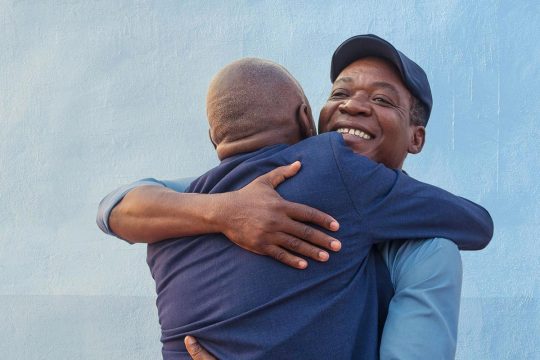 Angola: The Pandora Box of “Embracing and Forgiving”
Most read