How can one not still be surprised? One may have read books, watched films, but there is still surprise when one is physically on the spot. The serene beauty of Weimar, its magnificent parks, famous green rococo library from the end of the 17th century, everything here breathes calm and serenity under the eyes of Goethe and Schiller, whose statues adorn the main square. One could easily fall asleep, thinking this is a small, quiet city that has remained away from the great historical movements, and forget that it was here German democracy was born in 1919 after the First World War, as well as the Bauhaus artistic movement, which marked architecture and design throughout the world. One would be tempted to forget Nazism, to forget how much Hitler loved the Elephant Hotel and how, as early as 1933, he opened the Buchenwald concentration camp four kilometres from here on the road to the city of Erfurt, some 20 kilometres further on.

In Erfurt, another, even bigger surprise awaits the visitor when he or she comes across a greyish three-story building with the words "Always happy to be of service" on the front. This was a greeting used by the company Topf und Sons. Founded at the end of the 19th century, Topf and Sons became the world leader in cremation between the wars. During the Nazi era, the company became an indispensable link in the industrial extermination of human beings. However, with a few rare exceptions, impunity prevailed for the industrialists who participated in the Final Solution.

Germany’s sole museum on firms’ part in the Holocaust

In 1942, the SS was faced with technical problems at Auschwitz and the other extermination camps. These were blood-curdling "technical problems": the execution and disposal of thousands of corpses had to be carried out without interruption, at low cost, and with a minimum of fuel. But how to do it? The company Topf and Sons, which was already active in the Buchenwald camp, offered to develop ovens and an aeration technique to incinerate men, women and children who had just been murdered in the gas chambers. The company also supplied the SS with mobile ovens.

Rüdiger Bender is a historian. He chairs the support group that transformed the Topf and Sons building into a museum in 2011, imposing the need to come to terms with the past in defiance of all those who did not want to "blacken" the city's reputation. This is an exceptional museum, because it is the only one in Germany to bear witness to the crucial role of industry and private business in the genocide perpetrated by the Nazis.

After having immersed himself in the archives of Topf and Sons, Bender admits that he remains dumbfounded at engineers and technicians who were neither openly anti-Semitic nor ideologically Nazi, but who were voluntarily the indispensable collaborators of an extermination policy. "The archives show a dramatic normalcy," he says. "The two Topf brothers had Jewish friends, even though they joined the Nazi party in 1933. They even protected their accountant of Jewish origin despite the risks. They hired social democrats, communists and trade unionists. Some of their employees had been imprisoned for a time in Buchenwald by the Nazis. And yet, the Topf brothers were the technicians of the Final Solution."

Listening to Bender, Topf and Sons’ motives are still a mystery. Holding his felt hat in his hand, Bender puts both question and answers, as if he were still wondering himself. "Money? No, the SS were notoriously bad payers, and camp work accounted for only 2% of their turnover,” he says. “Ideology? No, the Topf were never really Nazis." [They nevertheless joined the Nazi party in 1933]. In digging through the archives, Bender thinks he may have found a clue, however abhorrant: the competition for excellence between two engineers with a mutual dislike, Kurt Prüfer and Fritz Sander, each bent on demonstrating his superiority over the other.

"Sander even worked in his spare time to perfect the ventilation system of the gas chambers. His idea was to use the corpses as fuel, but the SS was not interested, because they were already satisfied," explains Bender. Prüfer, who had finalized the system of ovens and ventilation of the gas chambers, felt that his knowledge was not sufficiently recognized. His letters attest to his demands for a salary increase. He even threatened to resign before obtaining partial satisfaction, i.e. a 5.6% increase in his salary (24 Reichsmark) and a single bonus for the new design of the crematoria in the concentration camps, including Auschwitz.

This semblance of normality is reflected in the story of one of the technicians, Heinrich Messing. Messing was a Communist. The Nazis arrested him in 1933. A political prisoner, he was locked up for six months in the Buchenwald camp. When he was released, he was hired by Topf and Sons. In 1944, Messing went to Auschwitz. The SS was pleased with his work: he had considerably increased the rate of disposal of corpses. After the war, Messing was decorated for his anti-fascism and his name was added to the monument to the victims of Nazism.

Justice from East to West

When Nazism was finally defeated, a Soviet and Polish commission drew up a list of 50 people "directly responsible" for the crimes committed at Auschwitz. All of them were high-ranking SS officials, with the exception of the engineer Prüfer. Prüfer and Sander were arrested in 1946 by the Soviets. They were interrogated in Berlin. Sander died shortly afterwards. Prüfer and two other Topf and Sons engineers were tried in Moscow in February 1948. Prüfer denied any knowledge of the extermination policy until his working visit to Auschwitz in 1943. He was sentenced to 25 years in prison and died in 1952. One of the Topf brothers, Ludwig, committed suicide on May 30, 1945, expressing his indignation in his farewell letter at the fact that proceedings had been initiated against him. Ernest Wolfgang Topf appeared before a German civil court as part of the denazification process. He was not prosecuted because he had not played any role in the Nazi party. However, the Wiesbaden public prosecutor opened an investigation for "complicity in a crime" related to his company's role in the Final Solution. But in 1951, the investigation was dropped.

During the Nuremberg trials, three companies were prosecuted by the Allied military tribunals, including the managers of IG Farben, which had supplied the Zyklon B gas, as well as the Frick and Krupp companies. Some 20 IG Farben officials were charged with war crimes, crimes against humanity and use of forced labour. The sentences handed down were derisory. The heaviest sentence was eight years in prison. Most of the accused were acquitted or given very light sentences. The Nuremberg trials should have continued to target industrialists who were essential to the crimes of Nazism. But because of the Cold War, it was no longer time for justice, but for confrontation between East and West. 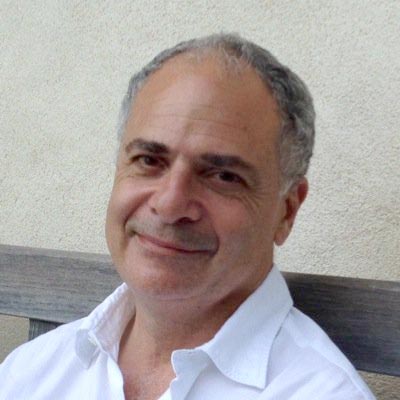 Pierre Hazan, founder of the Justice Info website, is a Fellow at the Robert Bosch Foundation in Berlin.

Copy this HTML into your CMS
Press Ctrl-C to copy
Germany : Related articles
Patrick Kroker: “They saw injuries nobody could have survived”
Gambian trial in Germany: I posed as a “Jungler”, defendant says
Most read
Did Christopher Columbus commit genocide?
Everything you need to know or argue about a special tribunal on Russia’s crime of aggression
Memory - Related articles
Colonial racism catches up with Amsterdam Rijksmuseum
Democratising and decolonising Spain: the limits of the new law on memory