Let’s face it, the International Criminal Court, which celebrates its twentieth anniversary on July 1, is suffering from a lack of results.  In two decades, and at a cost of almost two billion dollars, the ICC has never sustained the atrocity conviction of any state official at any level anywhere in the world. Some of its leading cases have collapsed because of faulty case-building, reversals on appeal, and outright sabotage by targeted officials. The only defendants convicted of atrocity crimes in 20 years have been five African rebels.

And yet, the ICC has had an important impact on global justice, through its governing Rome statute which has been transposed into many national laws, and the  baseline international presumption in favor of accountability it helps promote, as well as through the pressure it has exerted on some states like Colombia to undertake prosecutions or risk an ICC investigation. In a case I helped prosecute, the African Union (AU) played a vital role in bringing about the trial of former Chad dictator Hissène Habré by an AU-backed “hybrid” court in Senegal,  precisely to ward off even more ICC cases against African leaders by showing Africa could handle its own.

It is domestic and hybrid courts which dominate global accountability efforts, as they should, and the list of former rulers they have prosecuted for human rights crimes keeps growing, including Charles Taylor of Liberia, Saddam Hussein of Iraq, Khieu Samphan of Cambodia, Alberto Fujimori of Peru, Efraín Rios Montt of Guatemala, Hosni Mubarak of Egypt, and Blaise Compaoré of Burkina Faso. Hashim Thaci of Kosovo now faces trial before a Kosovo court sitting in The Hague.  Guinea has just indicted its ex-president Alpha Condé. The Gambia government says it will prosecute former president Yahya Jammeh before a hybrid court.

“Universal jurisdiction” cases are also on the rise, with over 100 defendants, mostly living in Europe, being prosecuted for crimes back in places like Syria, Liberia, Iraq and Rwanda. This welcome development has been spurred by NGO activism, the creation in many European countries of special “war crimes units,” some of which have opened “structural investigations” into country situations like Syria, and the establishment of three independent investigative mechanisms for atrocities committed in Myanmar, Syria and by ISIL. These mechanisms build war-crimes cases and feed them to national prosecutors, helping create what former US war crimes ambassador Stephen Rapp has called a new “international justice ecosystem.”  Rapp is one of those advocating, together with the International Commission of Jurists, for creation of a Standing Independent Investigative Mechanism (SIIM) to build prosecution files for the worst country situations.

Russia’s naked aggression in Ukraine and its flagrant war crimes have now created a “Ukraine moment” in international justice and given the ICC a golden opportunity to demonstrate its relevance. But it has also exposed the political calculations and double standards which have plagued both the ICC and the international justice system more generally.

The widespread and rapid mobilization by the ICC and national prosecutors has surpassed any previous response to atrocity by orders of magnitude. The hard-charging new ICC prosecutor, Karim Khan, has seized the moment to make three visits to the country he calls a “crime scene,” open the ICC’s largest field office ever, create an online portal to gather evidence, and raise unprecedented amounts of extrabudgetary state contributions and seconded personnel to support his probe. Forty-three ICC member states formally requested an ICC investigation of the situation in Ukraine, meaning the prosecutor did not have to waste time seeking approval by a judicial panel. Even the United States, which objects to ICC jurisdiction over the nationals of non-party states (like the US) absent a Security Council referral, seems to support the ICC’s investigation over alleged crimes by nationals of Russia (a non-party state ) in Ukraine.  In addition to the Ukrainian prosecutor Iryna Venediktova, who is on the frontlines with a team looking at over 15,000 suspected war crimes, five neighboring states and the ICC have joined her to form the largest-ever “Joint Investigating Team,” while experts sent by many other countries are helping develop evidence.

This is the kind of concerted response for which human rights groups have always advocated, and the quick action means that evidence can be collected and preserved in a way that would be impossible down the road. This global commitment to accountability should be the model for other crises in places such as Afghanistan, Ethiopia, Mali, Myanmar, Palestine, and Yemen.  And yet, of course, it is the exception.  As Raji Sourani, Director of the Palestinian Centre for Human Rights and a supporter of the ICC Ukraine probe, has lamented, the prosecutor never sought outside money for the ICC’s Palestine investigation, never spoke about a “crime scene,” never opened a portal for observers to report crimes, never sought to visit Palestine.

If the office of the ICC prosecutor is not to be seen as just the legal arm of NATO, it must devise an equally robust response in other country situations it is supposed to be investigating, or risk, the words of the Coalition for the ICC, “exacerbating perceptions of politicization of and selectivity in the Court’s work.” State pledges of funding and personnel for Ukraine, the CICC said, “sends the unfortunate signal that justice for some victims should be prioritized over others, depending on political will.”

Those perceptions of bias were fueled last September when prosecutor Khan announced that in his Afghanistan investigation, he was “deprioritizing” alleged crimes by the United States and its allies, the inquiry into which had hardly progressed in almost 20 years but  had triggered Trump administration sanctions against the court. Even before Khan, the OTP let the United Kingdom off the hook, because it could not conclude that the UK’s domestic efforts to deal with allegations of systematic torture in Iraq were not genuine, despite zero domestic prosecutions in fifteen years.

These same double standards have polluted the entire international justice eco-system. The broad universal jurisdiction laws of Belgium and Spain were key in advancing cases against miscreants like Habré and Chile’s Augusto Pinochet, but were repealed following political pressure when they were used against American, Chinese and Israeli defendants. Germany, whose aggressive use of universal jurisdiction led to landmark prosecutions of Syrian torturers and most recently a case against an alleged Gambian death squad member, twice refused to move on complaints against Bush administration officials for alleged “war on terror” crimes against Muslim detainees, just as France also refused. And of course the United States itself never prosecuted those officials for ordering practices such as "waterboarding," the use of secret CIA prisons, and the rendition of detainees to countries where they were tortured.

The justice mobilization around the horrors visited on Ukraine is heartwarming and illustrates how justice can function when the political will exists. But the long-term integrity and global acceptance of the ICC and the international justice framework require that they also take on crimes committed by powerful western actors, not just designated enemies. 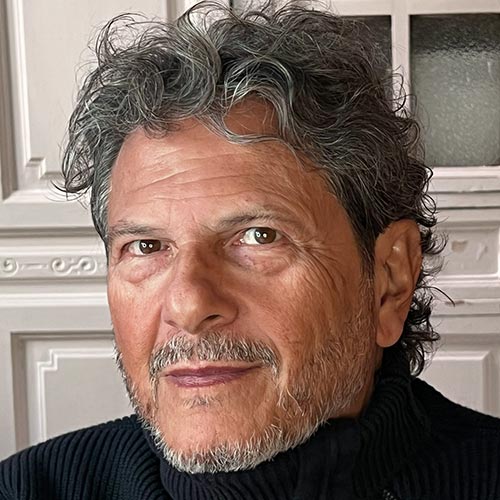 Reed Brody of the International Commission of Jurists was counsel for the victims of the former dictator of Chad, Hissène Habré, and is a member of the ICJ and Oxford expert panels proposing a Standing Independent Investigative Mechanism.  He is the author of four Human Rights Watch reports on Bush administration abuse of “war on terror” detainees.  His book on the Habré case, “To Catch a Dictator,” will be published by Columbia University Press in November.