JUSTICE INFO: Were the Nuremberg trials really a starting point for the criminal liability of companies and their executives?

GUILLAUME MOURALIS: Yes. We should start by saying that the International Military Tribunal (IMT), established in August 1945 by the victors of the Second World War, represents a major innovation in international legal history. It was the first international criminal tribunal. There were other international jurisdictions before, but they were not criminal in nature. I am thinking of the Permanent Court of International Justice, which was the predecessor of the International Court of Justice, which tries States, not individuals. With Nuremberg, it was considered that the agents of a State, including its leaders, could and should be held accountable when they committed one or more of the four international crimes newly defined in 1945: war crimes, crimes against humanity, the crime against peace or crime of aggression, and a fourth cross-cutting one of criminal conspiracy – that is, participation in a concerted plan leading to the first three crimes.

In its Statute, the IMT stipulated that it should try individuals not entities. It did not try companies or States. In fact, there is an ongoing debate to this day as to whether States have legal liability, just as there is a debate as to whether corporations have criminal liability as corporations. And that question is not settled. On the other hand, the Nuremberg trials established the principle of the criminal responsibility of individuals in international law. Managers or executives of companies that collaborated with the Nazis were tried both in the international Nuremberg trials (1945-1946) and in the twelve so-called "successor" trials organized by the Americans at Nuremberg from 1946 to 1949.

Which German business leaders were tried in these trials?

These trials tried executives from Krupp, the leading steel and weapons producer under the Third Reich; from Flick, a mining, steel and weapons company; and from IG Farben, a large chemical conglomerate that also supported the Nazi war effort.

Shortly before the opening of the international Nuremberg Trials, the main leader of the Krupp company, Gustav Krupp Von Bohlen und Halbach, was declared unfit to appear due to his advanced age [76 years], although the Allies wanted to try him. In the tenth of the so-called "successor trials", the Americans organized a trial against the managers of the Krupp company in Nuremberg and this time it was his son, Alfred Krupp, who was tried along with eleven other managers of the family company. Krupp was sentenced to twelve years in jail for crimes against humanity, with all his assets seized.

IG Farben was the target of the sixth successor trial, which involved 24 executives of the company, ten of whom were acquitted in 1948. The other 14 were sentenced to between 1.5 and 8 years in jail for crimes against peace, war crimes and crimes against humanity. It was during this trial that the production of Zyklon B, used in the gas chambers particularly at Auschwitz-Birkenau, was mentioned. As for Friedrich Flick, he was judged in 1947 during the fifth successor trial, alongside five other senior executives of the company. He was sentenced to seven years in prison for war crimes and crimes against humanity.

These were all relatively light sentences that came at a time when the Cold War was taking hold, and the desire to condemn the Nazis and their accomplices was clearly diminishing. In the early 1950s, as part of the policy of reintegration of Germans approved by the Allies, most of the convicts were either amnestied (as in the case of Krupp) or pardoned, and most of them got back the jobs they had lost in 1945. Overall, German companies were spared because the Allies wanted to promote economic reconstruction and thus anchor the Federal Republic of Germany in the Western bloc. So even if they agreed that German capitalism was a player in Nazism and a major accomplice in its crimes, the Allies only considered the responsibility of companies in individual terms (that of company directors).

The principle of individuality in criminal law, established in the interest of protecting individual rights, still weigh in the debate on the criminal responsibility of legal entities"

So companies were not considered responsible?

No, but what was very new was the fact that State agents and political leaders were tried. And then, at the same time, we started to judge company executives and managers. In international law, this was completely new.

I would add that the international Nuremberg trial, if we leave aside the companies per se, also introduced the idea of the responsibility of collective entities, of criminal organizations. Among the seven organizations indicted, four were finally condemned by the IMT: the Nazi party's political leaders, the Schutzstaffel (SS), the Gestapo and the Sicherheitsdienst (SD, the intelligence agency of the Nazi party).  The Allies’ idea was to facilitate the trials that would follow the great Nuremberg trial by creating a sort of suspicion of guilt for all the members of these organizations. But it was the individuals who were ultimately tried and convicted, as individuals. It is important to understand that this principle of individuality in criminal law is a major principle that has a long history. It is in the interest of protecting individual rights that this principle has been progressively established, because obviously if this principle did not exist, forms of collective guilt would have to be recognized. These questions still weigh heavily in the debate on the possible criminal responsibility of legal entities under international law.

In these trials, were reparations for the victims ordered?

In fact, until recently, there has been little compensation and restitution for the victims of Nazism. In the 1990s, German companies negotiated with victims' organizations on the specific issue of the employment of forced labourers, millions of workers used by German companies as slave labour under Nazism. Forced to work in the countries of central and eastern Europe, they worked for several years without pay in deplorable conditions, often in the service of the German war machine. Complaints were filed in American courts, under a very old American law, the Alien Tort Claims Act, which allows foreigners to assert their rights in American courts when there is a question of violation of international rules.

The companies targeted negotiated to avoid lawsuits, as they were concerned about their image on the American market which was very important to them. The result of these negotiations was a final comprehensive settlement reached in the late 1990s. Prior to that, victims of Nazism had only received meagre compensation under bilateral agreements between the Federal Republic of Germany and several states (including Israel), as well as modest compensation from major German companies on a case-by-case basis.

Does this mean that reparations have been paid quite recently by German companies, more than 70 years after the events?

Yes, it does. As a result of these agreements and to avoid lawsuits from survivors and their descendants, 26 major German companies created the "Memory, Responsibility and Future" foundation in 2000. This was the result of long negotiations between companies, victims' associations and the German and American governments. It required a bilateral agreement between Germany and the United States, and an international agreement between Israel and the countries of central and eastern Europe that were occupied by the Nazis. Up to 2007, the deadline for obtaining reparations, nearly 5 billion euros were paid to the entitled parties. Individual compensation, calculated according to the number of hours or months during which these forced labourers were requisitioned, could reach up to several tens of thousands of euros. In any case, this agreement meant the companies concerned avoided civil lawsuits. 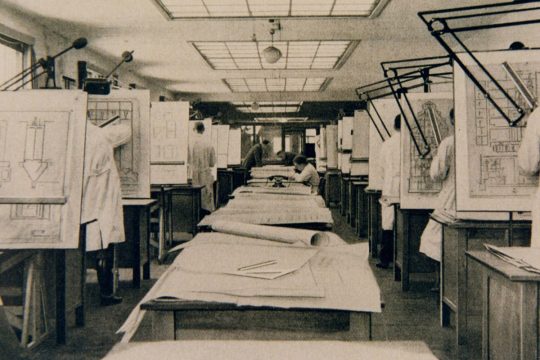 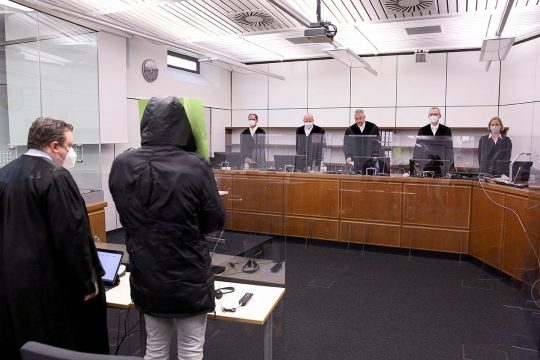