A member of Cambodia's minority Cham Muslim community Monday recounted the horrors of living under the Khmer Rouge, describing how regime cadres burned Qurans, forced them to eat pork and murdered them en masse.

"Brother Number Two" Nuon Chea, 89, and ex-head of state Khieu Samphan, 84, have already been jailed for their pivotal role in a regime responsible for the deaths of up to two million Cambodians from 1975-1979.

In August last year they were given life sentences for crimes against humanity after a two-year trial that focused on the forced evacuation of Cambodians from Phnom Penh into rural labour camps and murders at an execution site.

In a second trial they now face charges over the killing of ethnic Vietnamese and Muslim minorities, and the regime's use of forced marriage and rape.

Khmer Rouge survivor It Sen, 63, the first witness to testify about the suffering of Muslim people, told the court how Chams were specifically targeted.

"If they (Khmer Rouge soldiers) happened to hear us speaking Cham language, we would be taken away and killed," he said.

Cham people were forced to eat pork while Qurans were "collected from houses and burned" by Khmer Rouge cadres, he added.

It Sen said he witnessed a mass drowning of dozens of Chams who were roped to a boat and dragged into a deep river by Khmer Rouge soldiers in a village.

His wife and child were taken away by soldiers. It Sen managed to escape but he never heard from them again.

Throughout the Khmer Rouge's brief but brutal time in power an estimated 100,000 to 500,000 Cham Muslims and 20,000 Vietnamese were murdered by the regime.

Before these charges were filed, the mistreatment of the two minority groups was rarely discussed.

The Khmer Rouge dismantled modern society in Cambodia in their quest for an agrarian Marxist utopia.

Many key Khmer Rouge leaders have died without facing justice including "Brother Number One" Pol Pot, who died in 1998.

Her husband, former regime foreign minister Ieng Sary, died in 2013 aged 87, before a verdict was delivered in his trial. 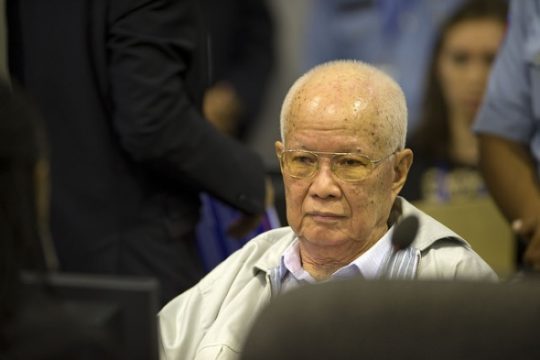 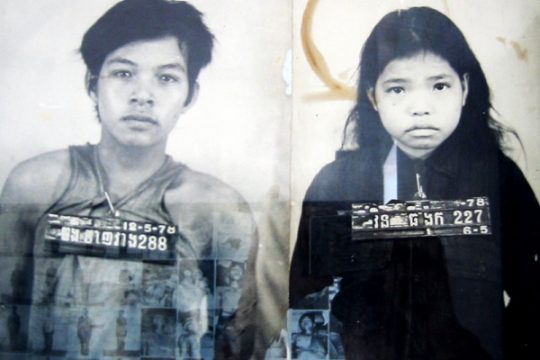