The announcement by the International Criminal Court that it has opened a preliminary examination into human rights abuses in Burundi could be the first step towards a formal investigation into the killings and disappearances in the central African country.

Amnesty International said in a statement today that the ICC’s decision “underlines the gravity of the situation.”

The ICC’s Office of the Prosecutor will be exploring publically available evidence to determine whether a formal investigation is warranted into the violence that has killed more than 430 people and forced over 230,000 to seek refuge in neighbouring countries.

Investigators are not typically sent out to gather evidence at this stage, but the OTP is in touch with people and organisations that are investigating violations in Burundi that began a year ago, when President Pierre Nkurunziza announced plans to run for a controversial third term in office. He went on to win disputed elections.

“My Office has reviewed a number of communications and reports detailing acts of killing, imprisonment, torture, rape and other forms of sexual violence, as well as cases of enforced disappearances,” ICC prosecutor Fatou Bensouda said in a statement on Monday.

The international community has tried to intervene diplomatically in Burundi, concerned that the situation could degenerate into civil war.

In a positive move, former Tanzanian president Benjamin Mkapa, who recently replaced ineffectual Ugandan leader Yoweri Museveni as mediator in the crisis, announced on Sunday that stalled talks between the government and opposition will resume from 2-6 May in Arusha.

A coalition of NGOs has additionally called on the UN Security Council to authorise a “robust UN police deployment to protect the Burundian population” and augment African Union human rights and military observers.

Bensouda’s team will be poring over the material from the preliminary examination to determine three things.

As Burundi is a signatory to the Rome Statute, the ICC’s founding law, the international court has jurisdiction. So the first question Bensouda has to consider is whether the violations committed in Burundi fall within the category of crimes that the ICC handles, namely genocide, war crimes and crimes against humanity.

The second issue the OTP will weigh is whether the Burundi case should be handled by the ICC.

This is the question of admissibility. The ICC is structured as a court of last resort to take on cases that national authorities are unable or reluctant to prosecute. The OTP will be looking to see whether Burundi’s criminal justice system is handling any abuse-related cases and what stage they have reached.

The final issue the OTP will be seeking to address in its preliminary examination is whether the interests of justice will be served by the ICC intervening in the Burundi case. 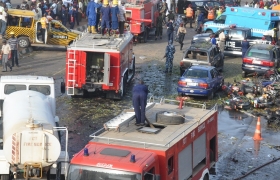 After concluding a preliminary examination, the OTP may decide that the matter should not go any further. This was the case in Honduras, when it found that crimes were committed between 2010 and 2014, but the available information did not satisfy the standard of “reasonable basis” a pre-trial chamber would use to authorise a formal investigation.

In the Burundi case, there are three ways the OTP may start a formal investigation if the preliminary examination leads Bensouda to determine this is necessary.

One route is for Burundi itself to refer the case to the ICC – currently highly unlikely.

Alternatively, the case would have to be referred to Bensouda’s office by another signatory to the Rome Statute. For instance, any of Burundi’s neighbours sheltering Burundian refugees.

In such a situation, this leaves the third option: Bensouda applies to a pre-trial chamber to authorise her to conduct a formal investigation. This has happened twice – in the cases of Kenya and Côte d'Ivoire, where the court went on to prosecute former president Laurent Gbagbo.

The Worldwide Human Rights Movement said in a statement today that, “considering the seriousness of the crimes committed and the absence of a national judiciary,” it hoped the ICC would, “without delay, open an investigation into the very grave crimes committed in Burundi.”

This article was previously published by IRIN

Copy this HTML into your CMS
Press Ctrl-C to copy
Burundi : Related articles
Belgian colonial past: Commission fails on apology to victims
David Van Reybrouck: "The fight for decolonization can’t be detached from the fight against global warming"
Most read
Did Christopher Columbus commit genocide?
Everything you need to know or argue about a special tribunal on Russia’s crime of aggression
Opinion - Related articles
Colonial racism catches up with Amsterdam Rijksmuseum
In Finland, Sámi rights take central stage in national politics