The trial is being held under the principle of universal jurisdiction and is much awaited by Rwandan victims’ associations. The court has a busy schedule, with 38 days of hearings, 90 witnesses and 6 experts to help it deliver justice 22 years after the events took place some 6,000 kilometres away. The two accused, although not well known, held responsibility in the Rwandan prefecture of Kibungo, where many crimes took place during the 1994 genocide of Tutsis. France’s crimes against humanity unit, set up in Paris in 2012 and currently handling some 30 complaints against Rwandans living in France, will thus belatedly open a second trial.

“Whilst we welcome the start of these trials, there is also cause for concern about the slowness of the proceedings,” said an April 20 communiqué from the Collective of Civil Parties for Rwanda (CPCR), which filed the first complaints against the two accused. In contrast to the first trial, nine complainants are expected to be present in court this time. In addition to the CPCR, there are four other associations representing victims: the Rwandan Community of France (CRF), the International Federation for Human Rights (FIDH), the International League Against Racism and Anti-Semitism (Licra) and the NGO Survie. At least eleven lawyers are expected to represent the civil parties in court.

If the two ex-mayors of Kabarondo have been given priority over other cases considered more important, it is because they have been in preventive detention for years, explains a magistrate from the special unit. France has already been sanctioned by the European Court of Human Rights on this score. Octavien Ngenzi was arrested in Mayotte six years ago, in June 2010. Tito Barahira was arrested near Toulouse three years ago, in April 2013. The two cases were joined in July 2013.

Tito Barahira was mayor of Kabarondo from 1977 to 1986 and was no longer in that post when the genocide started in 1994. But the complainants accuse this businessman, who was local president of the presidential party MRND, of arming Interahamwe militia and ordering them to commit massacres. These include the massacre of over a thousand Tutsi refugees in Kabarondo church on April 13, 1994, which is expected to be at the heart of the trial.  Tito Barahira is accused of leading meetings to organize other killings, and setting up roadblocks where killings were carried out. Barahira, now 65, is unwell. His trial will be suspended on Monday and Wednesday afternoons to allow him to follow his medical treatment.

Octavien Ngenzi was mayor in Kabarondo during the genocide. He is suspected of ordering several massacres of Tutsis in his province of Kibungo, including the one carried out by Hutu militia at the church of Kabarondo. His 2010 arrest in Mayotte took place amidst a warming of diplomatic relations between France and Rwanda, sealed in February by then-President Nicolas Sarkozy’s visit to Kigali. Rwanda had broken off diplomatic relations three years earlier after French arrest warrants for individuals close to Paul Kagame, in connection with the downing of former Rwandan president Juvénal Habyarimana’s plane, the event that triggered the genocide.

Another chill in Paris-Kigali relations

However, another chill set in between Paris and Kigali after the case against Father Wenceslas Munyeshyaka was dismissed in October 2015. Munyeshyaka was the first Rwandan to have a complaint filed against him in France. Before diplomatic relations can be restored, “France must first clarify its position on Rwanda,” President Kagame told Jeune Afrique during genocide commemorations this April. “There are genocide perpetrators who have found asylum there, who are arrested and then released, whose cases are dropped, who are tried in tiny numbers and for whom extradition requests are systematically refused.” 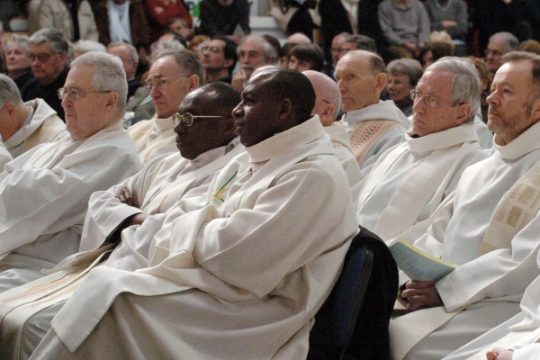