Was the apparently mistaken bombing of a Doctors Without Borders (MSF) hospital in Kunduz, Afghanistan, by US forces a war crime? The American authorities recently completed their investigation, concluding that it was not. MSF, on the other hand, maintains that it was. Can you be responsible but not guilty? This question is loaded at a time when in many countries conventional NATO armies are involved in asymmetric conflicts with armed groups.

The facts themselves are hardly in dispute. Violent clashes broke out in early October 2015 in Kunduz, where Afghan forces supported by American air power were trying to recapture the town from the Taliban. The hospital and its location were well known to all the combatants and was treating the injured from both sides, as well as civilian casualties. Around 2 AM on October 3, an American AC-130 military plane attacked the main building of the MSF hospital complex for nearly an hour. MSF staff telephoned immediately, many times, and sent desperate SMS messages to the US and Afghan forces to try and stop the hospital bombing. But the strikes continued for another 30 minutes. The attack killed 42 people, mainly patients -- some of whom were burned alive in their beds – and hospital staff. At the time of the US attack, 105 people were being treated at the hospital, including women, children, members of the Taliban and Afghan army, none of whom were armed.

MSF immediately called for an international investigation, which was refused by Washington. US President Barack Obama apologized to the MSF president, saying the AC-130 was trying to target Taliban fighters. As a gesture of “sympathy”, the US paid 6,000 dollars to the family of each victim, 3,000 dollars to the injured and approved 5.7 million dollars to rebuild a medical facility comparable to the one that was destroyed. The US authorities conducted an internal investigation, which delivered its report on April 29. In substance, the American authorities admitted there was a series of human and technical errors, and took disciplinary measures against 16 members of the military, including a general.

US crew demanded clarification from the ground

According to the report of the Pentagon, whose version of events has changed over time, the American gunship’s mapping system was not working properly and, moreover, the crew frequently lost contact with the ground. Relying on their eyesight, the team thought the hospital was the target, which was in fact 400 meters away from the site. Still according to the Pentagon report, several members of the crew, unsure that they were hitting the right target, demanded clarifications from the ground. But neither the Americans on the ground who directed the attack nor the US commander in Kunduz were aware that the plane was in the wrong place, and they ordered attacks. The US report concludes that this was not a war crime: “The investigation concluded that certain personnel failed to comply with the rules of engagement in the law of armed conflict,” army General Joseph Votel, commander US Central Command, said at a press briefing on the report. “However, the investigation did not conclude that these failures amounted to a war crime. The label war crimes is typically reserved for intentional acts -- intentional targeting of civilians or intentionally targeting protected objects or locations. Again, the investigation found that the incident resulted from a combination of unintentional human errors, process errors and equipment failures, and that none of the personnel knew they were striking a hospital.”

MSF President Meinie Nicolai reacted immediately, saying the briefing amounted to “an admission of an uncontrolled military operation in a densely populated urban area, during which U.S. forces failed to follow the basic laws of war”. And he said the disciplinary measures against 16 US military, including a general, were “out of proportion to the destruction of a protected medical facility, the deaths of 42 people, the wounding of dozens of others, and the total loss of vital medical services to hundreds of thousands of people. The lack of meaningful accountability sends a worrying signal to warring parties, and is unlikely to act as a deterrent against future violations of the rules of war”.

So was this a war crime or not? According to the Statute of Rome, there must be intention. But the whole issue revolves around the definition of intention. Negligence, recklessness and lack of precautionary measures can also play into how responsibility for a crime is determined. This question is indeed a subject of hot debate at the International Criminal Court, which opened a preliminary examination in 2007 into the situation in Afghanistan. In theory, it could investigate the airstrikes on the MSF hospital in Kunduz.

What does existing jurisprudence say? Does responsibility, especially that of the commander, imply guilt? In the case of Croat general Blaskic, accused of responsibility for massacring Muslim civilians, a Trial Chamber of the International Criminal Tribunal for former Yugoslavia found him guilty through negligence:

But the ICTY Appeals Chamber disagreed. In its 2004 judgment, it stated that “the knowledge of any kind of risk, however low, does not suffice for the imposition of criminal responsibility for serious violations of international humanitarian law “ and concluded: “The Appeals Chamber considers that an awareness of a higher likelihood of risk and a volitional element must be incorporated in the legal standard.” (para 41).

The judgment underlines the “awareness” of the likelihood that a crime will be committed:

In the Kunduz case, the US army was well aware of the MSF hospital’s location and knew it was in a combat zone. Was it aware of the risk in carrying out strikes on a densely populated area? The proportionality principle requires that the mission should be aborted if the risk of civilian deaths is higher than the expected gains. So did the US army take the necessary precautions to avoid such a tragedy?

The Pentagon investigation reveals a cascade of errors, including technical faults in the systems of the AC-130, mistaken visual identification of the target, faulty response of the gunship’s satellite radio, lack of response from the American commander when he received the first MSF message 10 minutes after the strikes started. Is admitting errors enough to exonerate you from responsibility for a war crime? It would be up to a court to decide. But the ICC is unlikely to venture onto this terrain. Never has the issue of responsibility for crimes been so politically sensitive as in the current context, where Western armies are engaged in messy battles with diverse non-State groups. The Kunduz hospital bombing is a prime example.

Barring Afghan War Crimes Suspects From the US, says HRW 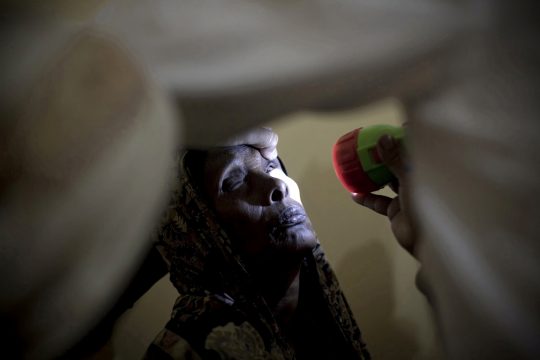 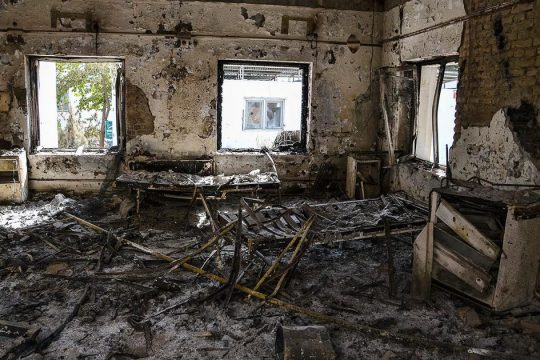