Repression of Rights at Post-1989 Peak Under President Xi

The Chinese government should cease its denial about the state’s role in the massacre of unarmed pro-democracy protesters and citizens around June 4, 1989, and acknowledge the government’s responsibility for the killings, detentions, and persecution associated with suppression of the protests, Human Rights Watch said today.

Beijing should demonstrate that commitment by immediately ceasing its detention and harassment of individuals marking the occasion, meeting with survivors and their family members, and releasing Yu Shiwen, an activist held since July 2014 for commemorating the massacre.

“Chinese authorities owe a debt of justice and accountability to survivors of the massacre and their family members,” said Sophie Richardson, China director. “Political repression since 1989 has not eliminated yearnings for basic freedoms and an accountable government – instead it has only compounded the Party’s lack of legitimacy.”

As in previous years, authorities have been on high alert ahead of the anniversary to preempt commemorations of the massacre:

•In Chengdu on May 28, 2016, authorities detained Fu Hailu on subversion charges; he is suspected of posting on social media images of liquor bottles with labels related to the crackdown.

•At least four others – poet Ma Qing in Chengdu, and activists Xu Caihong, Zhao Changqing, and Zhang Baocheng in Beijing – are believed to be in police custody for commemorating the occasion, according to the nongovernmental organization Chinese Human Rights Defenders.

•Authorities have also put under house arrest or restricted the movement of a number of activists, including Ding Zilin, a founding member of the Tiananmen Mothers, and retired Shandong professor Sun Wenguang.

•Prominent journalist Gao Yu, who in November 2015 was released from prison on medical parole to serve out her seven year sentence at home, and former top official Bao Tong, who remains under effective house arrest, have been required to leave Beijing for enforced “vacations.”

Since 1989, the Chinese government has kept tight control over basic human rights – particularly freedoms of expression, assembly, and association, and the right to political participation – despite its obligations under domestic and international human rights law. Intolerance toward dissent, however, has reached a new peak since President Xi Jinping came to power in March 2013. The government has drafted or promulgated new state security laws that put in place more restrictive controls over civil society; further curtailed expression on the Internet and media; detained and imprisoned hundreds of activists in successive waves of arrests; targeted for prosecution public opinion leaders and liberal thinkers; and aggressively promoted the “correct ideology” of Party supremacy.

While the last individual known to be imprisoned for his involvement in the 1989 protests will be released in October 2016, many who were involved in the demonstrations and who continued their activism after their release have been re-incarcerated. Yu Shiwen, who spent 18 months in prison for his 1989 work organizing pro-democracy efforts in Guangzhou, has been detained since 2014 for commemorating the massacre that year. Other veteran activists, including Nobel Peace Prize winner Liu Xiaobo, Sichuan activists Liu Xianbin and Chen Wei, and Guangdong activist Guo Feixiong are either serving long prison sentences or have been detained on political charges.

Authorities have also prevented discussions about the massacre by blocking organizers of, or participants in, the 1989 protests from returning from other countries where they sought refuge in the aftermath of the massacre. Former student leaders Wuer Kaixi and Xiong Yan, for example, have been unable to re-enter China. Their repeated attempts to return in 2013 and 2014 were rejected by Hong Kong authorities.

The Chinese government’s continued denial of the massacre of protesters and hostility toward peaceful political participation contrast sharply with developments elsewhere. In her May 2016 inaugural address, Tsai Ing-wen, Taiwan’s new president, vowed to “face the past” by setting up a new Truth and Reconciliation Commission to investigate “mistakes” of “the era” – which likely refers to the period of political repression known as the White Terror. After five decades of military dictatorship, Burma has begun a transition to electoral democracy.

The Tiananmen massacre was precipitated by the peaceful gatherings of students, workers, and others in Beijing’s Tiananmen Square and other cities in April 1989 calling for freedom of expression, accountability, and an end to corruption. The government responded to the intensifying protests in late May 1989 by declaring martial law.

On June 3 and 4, the military opened fire and killed untold numbers of peaceful protesters and bystanders. In Beijing, some citizens attacked army convoys and burned vehicles in response to the military’s violence. Following the killings, the government implemented a national crackdown and arrested thousands of people for “counter-revolution” and other criminal charges, including disrupting social order and arson.

The government has never accepted responsibility for the massacre or held any perpetrators legally accountable for the killings. It has refused to conduct an investigation into the events or release data on those who were killed, injured, disappeared, or imprisoned. The nongovernmental organization Tiananmen Mothers, consisting mostly of family members of those killed, has established the details of 202 people who were killed during the suppression of the movement in Beijing and other cities. Twenty-seven years on, many members of the Tiananmen Mothers are ailing and some have died without seeing justice or knowing precisely what has happened to their family members.

Human Rights Watch called on the Chinese government to use the opportunity of the 27th anniversary of June 4, 1989, to reverse its current position on the event. Specifically, it should:

•Respect the rights to freedom of expression, association, and peaceful assembly and cease the harassment and arbitrary detention of individuals who challenge the official account of June 4;

•Meet with and apologize to members of the Tiananmen Mothers;

•Permit an independent public inquiry into June 4, and promptly release its findings and conclusions to the public;

•Allow the unimpeded return of Chinese citizens exiled due to their connections to the events of 1989; and

•Investigate all government and military officials who planned or ordered the unlawful use of lethal force against peaceful demonstrators, and publish the names of all those who died.

“Instead of advancing, China has stagnated, and even regressed, in terms of political reforms since 1989,” Richardson said. “Beijing can only move forward by facing up to its painful past, as others have had the confidence to do, and as people across China clearly want.”

The article is published by Human Rights Watch

Copy this HTML into your CMS
Press Ctrl-C to copy
China : Related articles 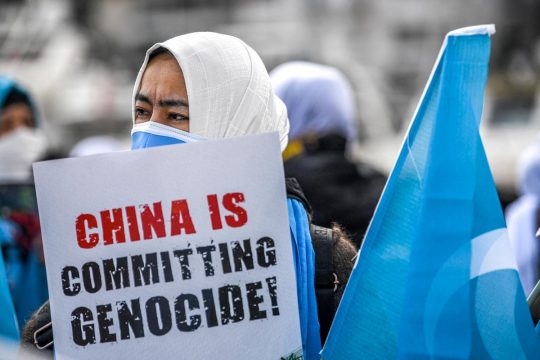 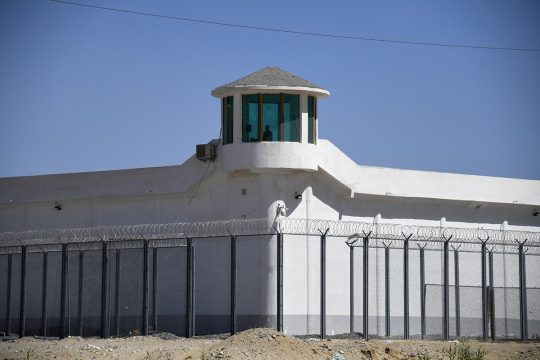 China’s Uighurs and the long march of justice
Most read