Interviewing Fatou Bensouda about transitional justice is like talking to the late, great pianist Glenn Gould for a musician, or to Lionel Messi about football. But JusticeInfo’s editorial advisor Pierre Hazan met in Geneva with International Criminal Court (ICC) Prosecutor Bensouda, who admitted she has one of the most difficult jobs in the world. She is criticized both for doing too much, notably in Africa, and not doing enough in the rest of the world, especially when it comes to the Western powers.

Bensouda, a former lawyer and minister in The Gambia, had an answer for each of these criticisms. An African herself, she denied that she was only going after Africans. “The ICC is taking cases in Africa not by choice,” she told Justiceinfo. “It was done by referral through the Security Council or through the requests of African States themselves – five of them, in fact. It is not the ICC which was running after Africa, it was the other way round.” Making the case for the ICC, Bensouda stressed that “nobody should be above the law”, including heads of state and leaders of militias. “By their position, they are protected by the state apparatus or by their troops,” she said. “In such a situation, it is very difficult for a national jurisdiction to be effective. Therefore, the ICC was established by States to prosecute individuals that are unreachable otherwise." (N.B. This interview was filmed by our team, and edited video footage can be viewed on our site.)

JusticeInfo also focused this week on the role of women victims in transitional justice, remembrance and reparations processes, notably in Tunisia. Despite the social taboos, women victims have been rushing to file their complaints with the country’s Truth and Dignity Commission. Women in opposition or wives and sisters of political opponents were victims twice over, our correspondent Olfa Belhassine explains, both of the regime and of society which condemns them.“We know that the taboos weighing on women in this patriarchal society are tough,” said Ibtihel Abdellatif, president of the Commission’s committee on women. “The social heritage is very heavy. It is often considered a feat if a woman travels to one of our offices. That is why we make sure women’s depositions and their private hearings are kept strictly confidential, and we provide all the guarantees we can to reassure them. Keeping their cases confidential is one of our priorities. Their testimony is taken by a woman unless they ask for a man, in the case that their torturer was a woman.”

These same taboos persist in Mali, where civil society is denouncing the slowness of transitional justice, owing to a lack of political will to confront the past. Added to that is the pressure of a religious society which preaches forgiving and forgetting. “Talking about a crime linked to sex is taboo,” Imam Mohamed Almamy Traoré told Justiceinfo’s Bamako correspondent Bruno Djito Segbedji. “It is clearly going to be almost impossible for women who were raped and are still traumatized to come and describe what happened to them.”

The same taboos are likely to prevent men who were victims of sexual violence during the 2012 coup from coming forward to testify. “Amnesty International reports multiple cases of sodomy between soldiers and policemen after what is known as the counter-coup of April 2012,” writes our correspondent. “It says soldiers and police detained at the GMS barracks in Bamako were forced at gunpoint to sodomize each other several times over.”

Elsewhere, transitional justice is trying to move forward despite the difficulties. In the Central African Republic (CAR), newly elected President Faustin-Archange Touadera has set disarming the armed groups and reforming the army – known up to now for its putschist tendencies and abuses against the civilians it is supposed to protect – as priorities for his government. “Touadera has stressed that the CAR `must emerge from this cycle that makes the world see it as unstable, unable for decades to ensure security and the security of its people`,” writes Ephrem Rugiririza of JusticeInfo.net. “Touadera ordered military commanders to do their job `with discernment, competence and calm`, saying they were in charge of “the army of a country that wants to regain all its credibility”.

In Mauritania, the country with the highest rate of slavery in the world, “a certain number of decisions have raised hope that the situation for slaves could really change”, wrote JusticeInfo correspondent Vony Rambolamanana. “Two anti-slavery activists who have been jailed for 16 months were freed on May 17 by a decision of the Supreme Court.”

“Slavery is entrenched in Mauritania,” our correspondent explains, “and is one of the tools of political and social domination of the Baydan community, to which the President belongs and on which his power largely rests.” 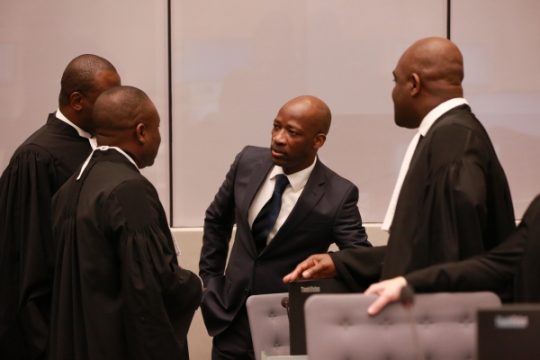 Good and Bad Reasons for Africa’s Assault on the ICC 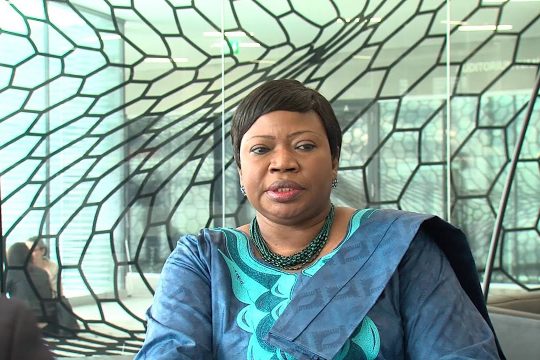 Fatou Bensouda: “Nobody Should Be Above the Law”
Netherlands : Related articles