With Ahmad al Faqi al Mahdi due to go on trial in two months at the International Criminal Court (ICC) for destroying tombs in Timbuktu, UNESCO Director-General Irina Bokova came to The Hague to urge protection of world heritage. Bokova says this is not just a matter of “bricks and mortar” but an urgent need linked to humanitarian and security crises.

In August 2014, after meeting in northern Iraq with Yezidis – a minority targeted by Islamic State –, the UNESCO Director-General coined the phrase “cultural cleansing”. It sums up the campaign of this Bulgarian diplomat who heads the UN’s educational and cultural agency. In Syria, Iraq, Afghanistan, Mali and elsewhere, the destruction of heritage is not just “collateral damage” but a “tactic of war”, she argues. Bokova wants heritage protection included as a security and humanitarian issue in response to today’s conflicts.

Speaking on June 13 at a conference in the Kloosterkerk Protestant church in The Hague, Bokova gave a long list of destruction. Sixty percent of the old town of Alep (Syria) has been destroyed, the same for Sanaa in Yemen, part of the site of Palmyra in Syria, at least eight religious sites in Libya, the oldest monastery in Iraq, and so the list goes on.

Given the extent of this destruction, she said it sometimes looks like a genocidal plan. She said that in conflicts throughout the ages people have been arriving and seeking to destroy the other. “Are we not more mature than that?” she asked. Bokova, who hopes to succeed Ban Ki-moon as UN Secretary General, wants to respond with “soft power”: reconstruction and the right to education.

One victory for UNESCO was the Security Council’s adoption in February 2015 of Resolution 2199 which targets sources of funding for jihadi terrorist groups. The Resolution includes three paragraphs on cultural heritage and calls on member states to prevent trade in cultural property by Islamic State and groups linked to Al-Qaeda. For the first time, the Security Council made the link between culture and international security. Because, Bokova points out, we are seeing cultural sites “looted on an industrial scale”. She regrets there is not more European Union coordination on preventing illicit trade of artworks within the EU, but hailed the creation by UNESCO and Interpol of a data base on this illegal trade.  While there are no international peacekeeping troops to protect heritage, UNESCO has given French forces in northern Mali a “cultural passport” mapping the country’s historic sites. But “soft power” also includes punishing the culprits. When the tombs of Timbuktu were destroyed in early summer 2012, Bokova says, she sent a letter to ICC Prosecutor Fatou Bensouda and UNESCO provided testimonies on what had happened “because I think it is important to show there is no impunity”.

The trial of Malian Touareg Ahmed Al Faqi Al Mahdi, known as Abou Tourab, is due to start in The Hague on August 22. The accused, former head of the Hesbah morality squad in Timbuktu, is charged with war crimes for destruction of part of the Sidi Yahia mosque and nine out of the 14 tombs in the “city of 333 saints”. They were destroyed by jihadists of Ansar Dine and Al-Qaeda in the Islamic Maghreb (AQMI) during their occupation of northern Mali from April 2012 to January 2013. Just two days before the start of the destruction, Timbuktu was put on UNESCO’s list of endangered heritage sites. According to the ICC prosecution, it was Abou Tourab who selected the men and provided the pickaxes, iron bars and chisels used to destroy the monuments, saying it was on the orders of the “Messenger”.

At a closed door hearing at the ICC on March 1, Abou Tourab declared that he wanted to

“plead guilty” to the crimes of which he is charged. His lawyer Mohamed Aouini told the judges his client accepted “all the consequences of his participation in armed groups” and wanted to “ask forgiveness from the people of Timbuktu and Mali”.

Speaking at the same conference in The Hague as Bokova, ICC President Silvia Fernandez de Gurmendi reminded the audience that the International Criminal Tribunal for former Yugoslavia (ICTY) has handed down several judgments against the destruction of heritage, such as against Montenegrin general Pavle Strugar for bombing the old town of Dubrovnik, pearl of the Adriatic. But “the ICC is not universal”, she said, and cannot investigate crimes committed in Iraq and Syria -- countries where UNESCO wants it to intervene – because they have not ratified its founding treaty. The ICC Prosecutor currently has only one path to intervene, which she considers too narrow. That would be to go after foreign fighters, citizens of ICC member states who have fought in Iraq and Syria.

To rebuild is to resist

Three years after they were destroyed, the tombs of Timbuktu have been rebuilt almost exactly as they were. Returning in July 2015 to this city known as the “pearl of the desert”, Bokova said it felt as if “we had given the people of Timbuktu back their dignity, like we did in Mostar”. The old bridge separating the Croat and Bosniak parts of Mostar was destroyed during the wars in former Yugoslavia (1991-1995). Rebuilding it, she said, reflected a desire to combat hatred. But the issue is not without controversy. The sixth-century Buddhas of Bamiyan (Afghanistan) were destroyed by the Taliban in 2001 but still do not have their faces back. And the reconstruction of the Palmyra site in Syria, partially destroyed by Islamic State in 2015, is also a subject of debate. Bokova believes it is too soon. “How can you rebuild when there is no social fabric left?” she asks. 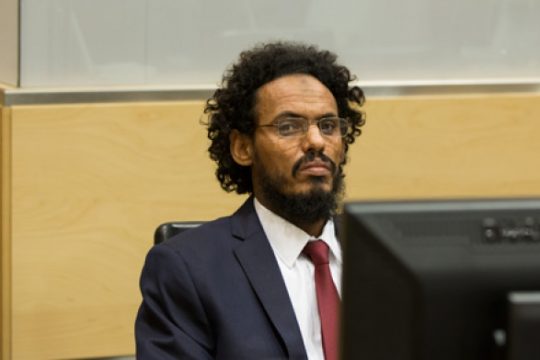 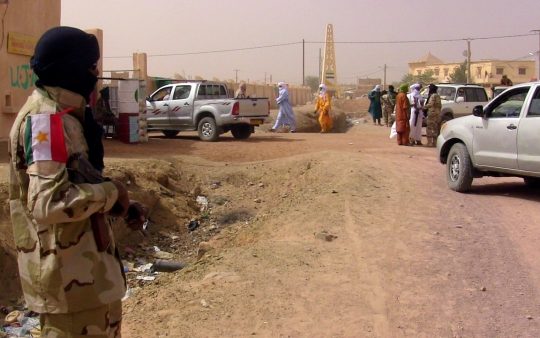 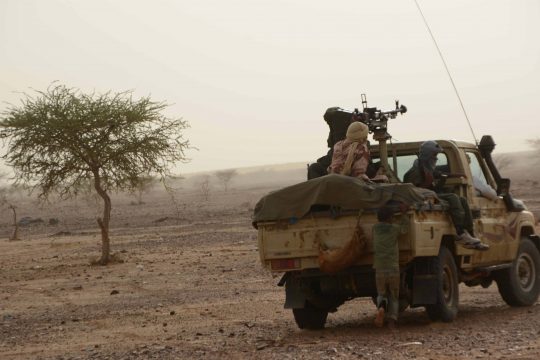