After months of violence, troubled Burundi risks sliding into civil war, a leading think tank has warned, issuing a "conflict alert" after a string of battles between gunmen.

"Escalating violence, increasingly hardline rhetoric and the continued stream of refugees (more than 200,000) indicate that divisions are widening, and the 'national dialogue' is doing little to relieve the mounting tensions," the group said.

The United Nations has also warned that Burundi risks sliding back into conflict after a dramatic rise in killings, arrests and detentions.

The central African nation has seen months of violence triggered by President Pierre Nkurunziza's successful bid to win a third term in office, with the government calling the gangs of gunmen "criminals".

This week, Nkurunziza issued an ultimatum to gunmen to lay down their weapons, while Senate president Reverien Ndikuriyo warned that police would soon go to "work" and asked district officials to identify "elements which are not in order", the ICG said.

"The language is unambiguous to Burundians and chillingly similar to that used in Rwanda in the 1990s before the genocide," the ICG said.

Some 200 people have been killed in Burundi since violence broke out in April, according to the UN.

The ICG "conflict alert" warned that the institution with the potential to stop the crisis is the army, but that it is, "fracturing and nearing breaking point."

African Union Commission chief Nkosazana Dlamini-Zuma on Wednesday warned if the crisis is not solved, it would, "create conditions for more instability, with devastating consequences for Burundi and the whole region."

The AU said it backed Ugandan-led efforts to mediate the crisis for the regional East African Community, but the ICG warned Kampala, "may be too preoccupied with forthcoming elections at home."

Opponents said Nkurunziza's re-election breached the terms of the peace deal that paved the way to ending a 13-year civil war in 2006. 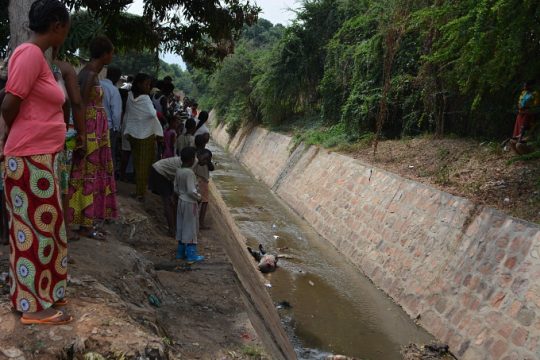