The UN High Commissioner for Human Rights declared in Kinshasa on Thursday that his office’s data base on suspected perpetrators of serious crimes committed in the Democratic Republic of Congo (DRC) from 1993 to 2003 will remain secret. He said this was because measures are lacking to protect victims and witnesses, but a senior UN official who wishes to remain anonymous claimed African countries are exerting pressure to stop the list being published.

In October 2010, the Office of the UN High Commissioner on Human Rights published its “Mapping” report on serious crimes committed in the DRC between March 1993 and June 2003. This 550-page document covers mainly the two Congo wars in which, between 1996 and 2003, as many as nine countries – Rwanda, Uganda, Burundi, Angola, Namibia, Zimbabwe, Chad, Libya and Sudan – were involved. It documents 617 serious incidents over a decade, including massacres and sexual violence, committed mainly by the Congolese army, foreign armies and rebel groups.

This report has fed a secret data base of suspected perpetrators of abuses, most of which could be categorized as war crimes, crimes against humanity and genocide. Congolese and international NGOs like Human Rights Watch and Amnesty International have frequently called for justice. Pressure is mounting. On March 8, International Women’s Day, an open letter entitled “No to impunity for rapes and massacres in the DRC” was submitted to Zeid Ra’ad al Hussein, the UN High Commissioner for Human Rights.

This letter signed by nearly 200 Congolese associations – whose October 20 petition gathered 450 signatures – calls for the “embargo” on the database to be lifted. Those supporting the call include gynaecologist Denis Mukwege, famous for his work treating thousands of rape victims in the eastern DRC, which has been unstable for 20 years. “Fighting impunity is a way to protect the women we look after, but also to bring peace,” he told JusticeInfo. “Wherever people have tried to make peace without justice, we can see that it has failed!

But the UN deems it too dangerous to reveal everything. “This case in particular must always be handled extremely cautiously,” Zeid Ra’ad al Hussein told the press on Thursday in Kinshasa. He said his office has “very sensitive information on a number of different investigations”. “Before disclosing the information to any judicial body investigating the alleged crimes, we need to make sure that there is adequate protection for witnesses and victims,” he continued. “If there is no framework for protection of victims and witnesses, we need to exercise caution.”

Dr Mukwege understands these arguments but stresses that “perpetrators of these crimes must not be allowed to escape justice”. “We still need to launch a process fairly quickly to have a judicial body that can try these crimes – war crimes and crimes against humanity – that have been committed in the DRC,” he insists. His remarks come as people are still waiting for the DRC to set up special mixed courts with national and international judges and prosecutors to try the crimes committed in the 1990s in the former Belgian colony.

For the UN, keeping the database secret is also meant to prevent any interference with the administration of justice. In a response to the associations’ open letter, Zeid Ra’ad al Hussein says that unveiling the list could “contribute to the destruction of evidence and compromise future actions and initiatives, in particular trials aimed at holding the perpetrators of serious crimes accountable”. At UN headquarters in New-York, a senior official says that the deadlock is also the result of strong pressure from States.

So who is exerting pressure? According to him, African countries at the UN are “mobilizing to ensure that nothing is revealed `before being sure of the facts`, but in order to be sure of the facts, States need to launch investigations”. They are not in a hurry to do so. “Some States seem to think that [committing serious crimes] is part of war and that it’s a Western speciality to get upset about it,” he says. “Other States do not want their army’s image tarnished by these accusations. So it’s partly nationalism but also the desire to keep power, since they rely on the army to remain in government.”

Pressure from the DRC, Chad and Rwanda

He says States including the DRC, Chad and Rwanda “have all exerted pressure in different ways” to ensure that the list remains secret, including “threats” to withdraw troops deployed in UN peacekeeping missions or to “create administrative difficulties for UN agencies”. In this context and given the high stakes, he thinks it is unlikely the database will be published. “The issue is very sensitive,” he says. “It’s closely guarded, so unless there is a leak or a `UN Snowden`, it is unlikely the list will be revealed.”

Dr Mukwege regrets this pressure. “If we let it go on, it’s a way of saying also that someone else, another army, another organization can commit crimes and then use blackmail!” he says. “I do not think you can have a pretext for war crimes, crimes against humanity and crimes of genocide. There is no pretext. The day must come when the people who have committed these crimes in the DRC are brought to justice. That is the only way, the way that has been used across the world when war crimes and crimes against humanity have been committed. The DRC should not be an exception.”

The database is nevertheless used in the wings. According to Zeid Ra’ad al Hussein’s letter, it has allowed “some prosecutions to be initiated” at the International Criminal Court (ICC), at foreign courts that can act under universal jurisdiction and Congolese courts such as the Military High Court. “But,” says the UN human rights chief, “these efforts at various levels are insufficient, and so we will persist in our work, notably through regular exchanges with the Congolese authorities.” 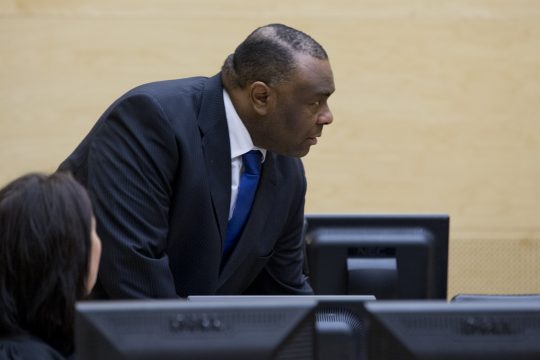 18 years in jail for DR Congo's Bemba for war crimes 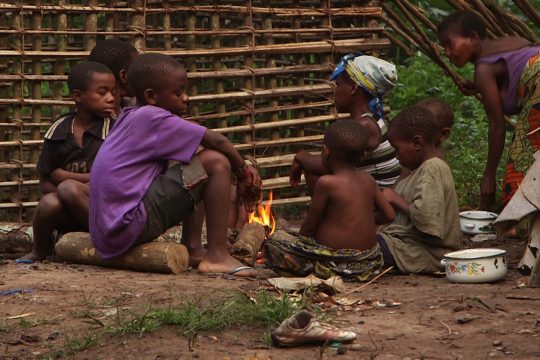