Shortly after the 2014 Maidan Revolution, during an international armed conflict with Russia in the East of the country, Ukraine adopted a package of four Decommunization Laws addressing its Soviet history. Largely a product of politics of memory, these measures further a particular understanding of past events that will likely continue to fuel division and distrust among Ukrainians, and between Ukraine and Russia.

Ukraine’s Maidan Revolution in winter 2014 culminated in the ouster of Russia-backed President Viktor Yanukovych, after his refusal to sign a European Union association agreement in November 2013 sparked mass protests in Kiev. Ukrainians demanded greater collaboration with Europe and adherence to democratic values, protesting against widespread corruption, nepotism, and increasing authoritarian tendencies they associated with the Yanukovych regime and the Soviet era. During the revolution, thousands of statues of Vladimir Lenin, the founder of Soviet communism, were toppled during spontaneous popular actions, marking the revival of Ukraine’s forestalled process of decommunization.

Among numerous reforms adopted in the ensuing transition, the reconstituted parliament in Kiev passed a lustration bill purging Ukraine’s government and institutions of former members of the Yanukovych regime, corrupt judges, and former KGB agents. On May 15 2015, the new President, Petro Poroshenko, signed into law a package of four decommunization measures designed to dismantle Ukraine’s totalitarian heritage:

In addition to the practical challenges of renaming thousands of localities, two of these memorialization measures have generated controversy with respect to their ability to advance the larger objectives of peace and reconciliation in Ukraine in the current political context.

This post first offers a brief overview of the dominant historical narratives of the Soviet past persisting in today’s Ukraine. It then sheds light on the Decommunization Laws regulating Ukraine’s collective memory of the Second World War, considering them in the context of the ongoing crisis, and argues that these “memory laws” are to a significant extent instruments of political manipulation of history that will continue to fuel division and mistrust among Ukrainians, and between Ukraine and Russia.

Ukraine has struggled to build a distinct post-Soviet identity after the Soviet Union’s dissolution in 1991; it still largely defines itself relative to its Soviet past and Russia. Successive Ukrainian leaders, depending on their political demands and loyalties, particularly vis–à–vis Russia, have perpetuated one of two identity-building historical narratives around Ukraine’s collective memory of its communist past: the nationalist or the neo-Soviet.

Under the nationalist narrative, advanced by Western-leaning presidents like Viktor Yushchenko, for example, the great famine of the 1930s, known as the Holodomor, is memorialized as a Soviet genocide against Ukrainians and Ukraine’s nationhood as the culmination of a long struggle for independence from Russian and Soviet empires. In 2010, Yushchenko awarded a medal of honor to Stepan Bandera, the leader of the Organization of Ukrainian Nationalists (OUN) that briefly collaborated with Nazi Germany against the Soviets during the Second World War. The measure was widely supported in western Ukraine, but was perceived as an insult by Russia and many in East and South Ukraine who cherish the Soviet victory.

The neo-Soviet narrative relativizes Stalinist abuses like the Holodomor, marginalizes Ukraine’s drive for self-determination, and sanctifies the victory of ‘brotherly’ Soviet nations against the Nazis. This narrative has been actively cultivated in Russia, where President Vladimir Putin’s regime legitimizes itself and unites Russians around Soviet achievements and the ‘myth of the Great Patriotic War’. Catering to the Kremlin and the main constituency of the Party of Regions in Donbass and Crimea, dethroned Ukrainian President Yanukovych publicly denounced the portrayal of the Holodomor as a genocide, and in 2011 revoked Bandera’s medal through the courts.

These two competing approaches to memorialization have escalated into outright ‘memory wars’ in Ukraine and between Ukraine and Russia. The nationalist narrative prevailed during the revolution, as the regime that overthrew Yanukovych sought to cement Ukraine’s ‘civilizational choice’ towards Europe, espousing an identity of a democratic European nation, distinct and independent from Russia. This is why Russia regarded the Maidan Revolution as both a threat and a betrayal, and subsequently branded it as an illegal, Western-backed coup that brought to power a radical ‘fascist junta.’

In March 2014 Russia responded to the revolution by annexing Crimea and subsequently providing military support to pro-Russian Lugansk and Donetsk separatists, who took to arms in the eastern region of Ukraine they refer to as “Novorossya” (New Russia) seeking independence. In employing the neo-Soviet narrative in its war propaganda, the Kremlin has justified the conflict in Ukraine as a legitimate struggle to protect ethnic Russians and Russian speakers from Ukrainian ultra-nationalists. Kiev’s new government responded with the Decommunization Laws; ostensibly in order to ensure respect for human rights, to develop and strengthen the independent, democratic state, to facilitate the consolidation and development of the Ukrainian nation, and to prevent repetition of crimes of Communist and Nazi regimes. The adoption of the laws however, during an armed conflict with Russia, in a country with heterogeneous memories and strong traditional ties to Russia including during the Soviet period, brings into question these laws’ true aims, and their ability to reconcile Ukrainians.

Problematic Aspects of the Decommunization Laws in the Prevailing Context

The Decommunization Laws betray a concerted effort by the new government in Kiev to drive the neo-Soviet historical narrative out of Ukraine’s collective memory, replacing it with the nationalist one. For one, the Ukrainian Parliament (Verkhovna Rada) passed the laws in their first reading, without any public or parliamentary debate, despite appeals from Ukraine experts, including independent historians and the civil society, concerned with the implications on freedom of expression of the Law Condemning Totalitarian Regimes and the Law Commemorating Independence Fighters, as well as the laws’ potential to divide rather than unify the country.

The Law Condemning Totalitarian Regimes criminalizes both the Nazi and Soviet totalitarian regimes, and prohibits their propaganda and symbols like the Soviet flag. This propaganda includes public denial of the criminal nature of the communist regime and the dissemination of information aimed at ‘justifying the criminal nature’ of the communist regime, the activities of Soviet security organs, the establishment of Soviet rule on the territory of Ukraine, or the fight against the likes of the OUN and the Ukrainian Insurgent Army (UPA). The law thus criminalizes the views of a significant percentage of Ukrainians who are now forced to conform their memory of the Soviet past to the nationalist historical narrative. The law is likely to further antagonize Ukrainians who still regard the Soviet experience positively and the Red Army as liberators, with their memory of events now criminal, and somehow less Ukrainian.

The Law Condemning Totalitarian Regimes has already seen resistance on the ground, primarily in the East of the country, and faces potential domestic and international legal challenges. According to a July 2015 poll, a majority of residents of Ukraine’s second largest city, Kharkiv, opposed the renaming of localities with Soviet connotations or naming them after the so-called ‘Heavenly Hundred’ - victims of police violence during the Maidan Revolution. This is not surprising considering that in recent polls over 50% of citizens of the Kharkiv region viewed the revolution negatively.

The Law Condemning Totalitarian Regimes places a heavy emphasis on Soviet crimes, making no mention of a number of atrocities committed by Ukrainian nationalists, including the murder of Poles by UPA detachments in Volhynia in 1943-1944, and participation of organized detachments of the OUN in the extermination of Jews. These omissions are consistent with the Law Commemorating Independence Fighters, which designates, among others, the OUN and the UPA as ‘fighters for Ukrainian independence’ and imposes administrative or criminal liability on individuals publicly displaying contempt towards these individuals.

The Law Commemorating Independence Fighters not only (re)legitimizes the UPA and the OUN as national heroes, but also criminalizes any criticism of the likes of Bandera, who until his assassination by the KGB in 1959 remained a staunch supporter of authoritarian, violent nationalist politics. As such, the law has a strong likelihood to further alienate thousands of Ukrainians, especially in the East of the country, where nationalists are derisively referred to as ‘Banderovtsi’ (followers of Bandera) and equated with fascists. According to a 2015 survey conducted in the eastern Donbass region, Bandera topped the list of the most vilified historical figures, which included Lenin and Joseph Stalin, with close to 45% of respondents viewing him negatively.

The politics of memory in both Ukraine and Russia in their respective post-Soviet transitions contributes to the putative divide between Ukrainians along regional and linguistic lines, and between Ukraine and Russia. The Decommunization Laws are bound to exacerbate this resentment. While condemning the Soviet past to the fullest, historians like Andrii Portnov observe that the laws obscure the undemocratic, ‘ethnically exclusivist nationalism’ of the likes of UPA and OUN.

The divisive potential of imposing such a unilateral view of history is inevitable in Ukraine, where over 40% of the population reports a close kinship for the Russian language and culture and lives within the sphere of Russian language media that diffuses neo-Soviet propaganda. This helps to explain why most Ukrainians appear not to support decommunization measures.

If Ukraine is to fulfill the promises of the ‘revolution of dignity’ and promote a pluralist, democratic society, it should ensure that all legitimate viewpoints regarding its Soviet history are heard and acknowledged. This could potentially be achieved through the institution of an inclusive, civil society-driven national dialogue to foster acceptance and reconciliation of opposing historical viewpoints. 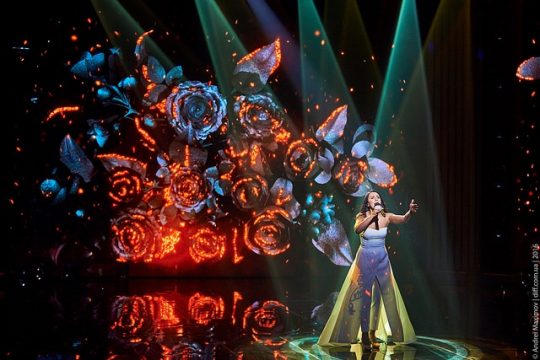