The International Criminal Court (ICC) this week held its first ever hearings on reparations, for the victims of Congolese warlord Thomas Lubanga. The former head of the Union of Congolese Patriots (UPC) was found guilty of having used children under 15 to fight a war in eastern Democratic Republic of Congo (DRC) in 2002 and 2003. But more than four years after Lubanga’s sentencing to 14 years in jail, his victims are still waiting for reparations.

Lawyer Luc Walleyn, defending the interests of ex-child soldiers, did not mince his words as he spoke of his clients’ “frustration”.  “The Appeals Chamber said that the success of the Court is linked to its reparations system,” he said on October 11, the first day of the reparations hearings. “But today, that system is not working and the credibility of the Court is under strain. There is a risk the Court could lose the trust not only of the African elite but also of African victims.”

Reparations have been bogged down ever since Lubanga’s sentence was confirmed. In November 2015 the ICC judges rejected a first plan proposed by the Fund for Victims, which is linked to the Court, with a mandate to raise voluntary contributions from States,

organizations or individuals and propose reparations. Since then, considerable resources have been spent on eternal exchanges between the parties, accompanied by return trips to Ituri, where the victims are.

“They have got to the point of saying `tell us what you want to give us and tell us quickly so we can turn the page`,” Walleyn told the Court. “The children are now nearly 30. They are no longer children, and that must be taken into account.”

“What a great idea to replant trees, repair a road!” he said ironically. “That doesn’t make them jump for joy.” He also mocked “an NGO that proposes better equipment for the village chiefs’ offices, when it was those same village chiefs that took part in the recruitment” of child soldiers. For the moment, the Court’s only decision is that reparations will be collective and not individual as the victims had hoped. “That for me is abandoning the struggle and the principles,” Walleyn continued, saying this was “a bonus for the convict”. “If they don’t receive their own reparations for months spent in the militia, then we will never know the price of that,” he continued. “But at the end, who can put a price on a lost youth?”

Director of the Fund Pieter de Baan spoke of three types of reparations: symbolic, such as erecting monuments to remember the victims; psychological, offering care to those who are still suffering from trauma; and practical, such as training that should help people get jobs. But when De Baan explained that a market study would first be needed to determine what kind of training was most appropriate, he put his finger on the bureaucracy that weighs on the Fund. “The victims have had to explain again and again what happened to them,” said Walleyn. “It’s very hard.” Not all the victims have been identified by the Court and the Fund.

As for the Defence, it hopes to verify each case one by one, since many witnesses lied. “If they had been offered the possibility of another life, then they would have accepted explaining their situation to the defence in detail,” said Walleyn. “Is it they who are being tried, if they have to justify the fact of being a victim?” Lubanga’s defence says it is simply a question of “verifying that the money charged to Mr. Lubanga is really linked to the prejudice suffered”. Brigid Inder, the director of Women’s Initiatives for Gender Justice who was invited to the hearings as an expert, believes collective reparations can be made to ensure that Lubanga “does not have access to the victims’ files”. She says they are subject to “a storm of threats, whether real or perceived”, whilst the UPC, the militia led by Lubanga at the time of the events, “remains active in Ituri”. The UPC is now a political party, “not a terrorist or rebel group”, retorted Lubanga’s lawyer Catherine Mabille.

When it hands down its decision, the court will have to determine the sum to be paid by Lubanga. Since he is currently indigent, the money will very probably be advanced by the Fund. When asked about the level of reparations, the Fund director said it would be possible to go beyond the planned 1 million Euros for three years, but that he could not answer detailed budget questions from the judges, and that “the amount could change”. First there must be a Court decision, then local NGOs must be asked to make proposals, because it is they who will implement the projects, and then everything must be budgeted. Pieter de Baan proposes to launch a call for funds with the help of the Court. Brigid Inder thinks it requires at least 1 million per year for five years. So will the DRC government help? “We think the Congolese government bears a primary responsibility for the reintegration of child soldiers,” said lawyer Walleyn, “but aid in the DRC has long come only from the UN and NGOs.”

“The Fund does not think the court can order the Congolese government to participate financially,” Pieter de Baan answered. “But that doesn’t mean the DRC government does not have general obligations under various treaties for the welfare of its citizens.” He hopes that Kinshasa will provide “moral, political and financial support”. Asked to respond on the reparations programme, the Congolese authorities have postponed their response to the end of October.

As for Thomas Lubanga, he was noticeably absent from these hearings. He has been imprisoned since December 2015 in Makala prison, Kinshasa, serving out the rest of his sentence, and the judges did not wish to have him participate by videoconference as his lawyers proposed. Lawyer Mabille said that Lubanga had proposed from his prison cell to take part in a forgiveness ceremony, “in which he who has committed the acts presents his apologies to the family that has been victimized”. “That has strong symbolic value,” she said, “and would require that he be face to face with victims”. Unless he gets a reduction of sentence, Lubanga will not be freed before 2019. For the victims, they will have to wait longer before getting concrete reparations for the crimes of which Thomas Lubanga was found guilty. 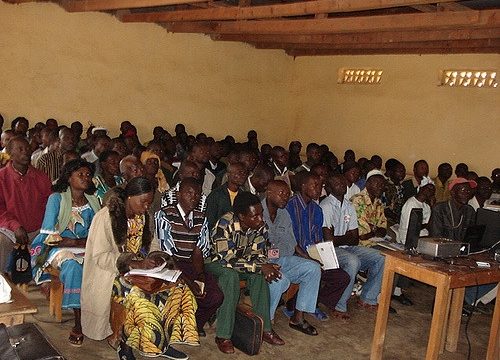 Justice for Victims before the ICC? 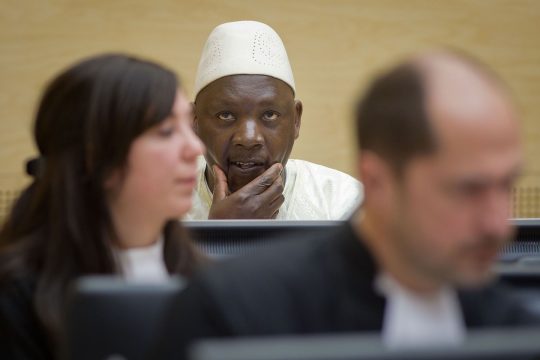 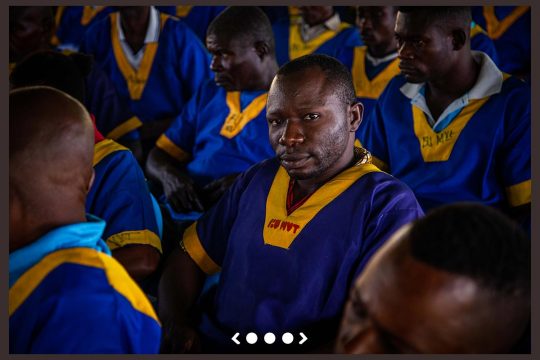 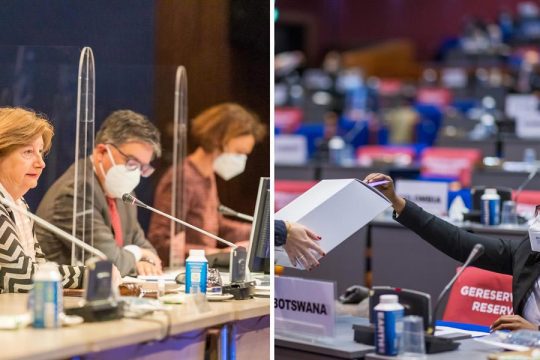