After several postponements, Tunisia’s Truth and Dignity Commission, which was officially set up on June 9, 2014, will finally hold its first public hearings of victims this November 18. This key moment in the Tunisian transitional justice process nevertheless faces three major risks.

The November 18 event will be broadcast with a slight delay by Tunisian television stations. It is the Commission that will give the green light to the channels that want to broadcast it. The victims and witnesses, after being coached by the Commission’s teams, will talk about the various violations they suffered, with their faces shown publicly. Their words and truths will help lift part of the veil over Tunisia’s history and stimulate a debate across the whole society, both of which are necessary for a process of reconciliation. Several foreign dignitaries are expected to attend the opening session, including former UN Secretary General Kofi Annan and UN Special Rapporteur on the promotion of truth, justice, reparation and guarantees of non-recurrence Pablo de Greiff.  The three Tunisian presidents –Head of State, head of government and president of the Assembly of People’s Representatives, ARP – have also been invited. Also invited are members of some of the 43 “Truth Commissions” that have preceded Tunisia in their experience of questioning, shedding light and remembering dark histories of human rights violations.

But the event, long awaited by humanitarian organizations and victims’ associations, is taking place in a climate of tension. Commission President Sihem Bensedrine has for several weeks been the target of attacks following notably the sacking of Commissioners Lilia Bouguira and Mustapha Baâzaoui for “frequent and unjustified absences from meetings”. The Commission, which is now working with 9 members out of 15 – three resigned – is far from uniting the support of political leaders, especially those close to President Béji Caied Essebsi, who proposed a controversial Bill on “economic and financial reconciliation” and who personally risks facing accusations of electoral fraud in the 1980s and of torture when he was a senior Interior Ministry official in the 1950s and 1960s.

For all these reasons, three negative scenarios could reduce the impact of the public hearings and the role they could play in shedding light on Tunisia’s dark past.

·         Victims’ testimonies could be turned against them and put in doubt by opponents of transitional justice, who are many in the first “Arab Spring” country. These opponents, who are part of the political and financial network, remain loyal to the old regime and still dominate capital and private media. Using their armada of editorialists, they will probably claim that the victims who recount on television their broken lives, torture, rape, arbitrary arrest, economic deprivation, administrative surveillance and forced divorce are lying, exaggerating and making everything up. “We will only present the cases that are the most representative of the violations, whose testimonies we have already listened to in private hearings and into whose cases we have conducted thorough investigations,” asserts Oula Ben Nejma, head of the Commission’s research and investigation commission. Commissioner Ibtihel Abdellatif says demonizing victims who speak in public hearings would be to subject them to “new trauma” after being considered pariahs of the State for years during which police discouraged their friends and relatives from helping them, or even talking to them. “These people have been waiting a long time for recognition of what happened to them,” he said, “and for their lost dignity to be restored.”

Experiences from other countries can be enlightening. South African journalist Max du Preez, known for his human rights campaigning under the apartheid regime and who was head of broadcast programming for South Africa’s Truth Commission hearings from 1996 to 1998, says that: “The apartheid regime that dominated South Africa for 60 years tried from the first public hearings of victims in 1996 to undermine their truth, saying they were Communists, terrorists and enemies of the State. But the power of expressions of regret and repentance by perpetrators, who broke down in public and recognized their crimes, quickly belied these accusations. We were also afraid that South Africans would, generations later, develop theories that were revisionist or continued to deny reality.  Now I think that the impact of the 2,000 public hearings will remain carved in people’s minds for a long time.”

Du Preez was speaking at a Tunis workshop on the upcoming hearings, to which he was invited by the International Center for Transitional Justice (ICTJ), UNDP and Tunisia’s Truth and Dignity Commission.

·        Mainstream media might not be interested and their journalists might content themselves with short summaries of the hearings. Once again, South Africa’s experience seems instructive in terms of how media covers a process overflowing with humanity, images and emotions. Max du Preez tells how media bosses expressed opinions in their editorials that questioned the testimonies of victims, whereas journalists chose to cover the Truth Commission in a professional and balanced way. “It is not advisable to send inexperienced journalists to the public hearings,” this journalist says, “but rather experienced ones who have sensitivity and especially a memory of the events in question.”

The TV station where Max du Preez worked broadcast the hearings at first as they were. But very quickly, its journalists realized that the viewers did not understand the context and factual details against which the hearings were taking place, nor could they follow all the ins and outs of testimonies which were frequently interrupted by tears and pain.

“And so I and the team of journalists I was working with opted for a special report broadcast on Sundays at peak viewing and listening times,” Du Preez recalls. “Instead of ideological or political posturing, we presented portraits of victims, told the stories of everyday heroes, and produced programmes on themes such as torture, death squads and forced disappearances. Our investigations helped strengthen the testimonies of the victims’ 2,000 public testimonies. That weekly programme got the highest audience in South Africa, beating the American soaps that were very popular at the time.”

·        Victims and witnesses might be ordered to withhold perpetrators’ names: The Truth and Dignity Commission has not yet decided on this delicate issue. It is still reflecting, comparing experiences and, above all, weighing up the risks and dangers. The Commission, which finds itself under political and media attack, probably fears that it could be attacked further or even “lynched” by the Tunisian police forces, a corporate body that is united, powerful and has media influence. There are serious accusations of abuse and torture weighing on many police units, including the former political police, judicial police, research and National Guard units and prison officers. Other controversial names could also be cited, including sitting politicians who gave orders to humiliate, punish and dehumanize, politicians who helped to institutionalize torture. More recently, during the time of the Troika government (December 2011- January 2014), there were political  assassinations which, according to numerous documents leaked from the Interior Ministry, directly implicate  Islamist politicians whose party is an ally of those now in power.

In Morocco, the Equity and Reconciliation Commission asked victims and witnesses in 2004 not to reveal the names of their torturers in public hearings, even if some former political prisoners disagreed with this. Mustapha Iznasni was a member of that commission. “Our fear was that it could destabilize the State, bring fitna (discord) in society and a desire for vengeance,” he explains. “The Moroccan experience is very specific. Transitional justice processes are usually set up in countries emerging from civil wars or revolutions, whereas in our country, new king Mohamed VI represented the same regime as his father, a constitutional monarchy that he wanted to be more democratic and free of the abusive practices of the past.”

Mustapha Iznasni, a former journalist, is now a member of the national human rights council. He does not rule out that Morocco could one day experience the same thing as Argentina did 20 years after a political decision to close the cases of top officials of the military dictatorship. Under pressure notably from the “Grandmothers of the Plaza de Mayo”, who opposed impunity, the cases of forcibly disappeared persons were reopened.  Argentina then realized that it had not listened enough to its victims.

Even if withholding the names of perpetrators does not necessarily mean giving them amnesty, such a rule could put a serious brake on vetting agents of the institutions responsible for serious human rights violations such as torture, which is still rampant in Tunisian prisons. And the past will not yet have been entirely accounted for.

Asked whether Morocco has ended torture after the truth commission, Mustapha Iznasni says: “The best guarantee against torture remains instilling a human rights culture. This culture needs to be enshrined in the Charters of all those responsible for implementing the law.” 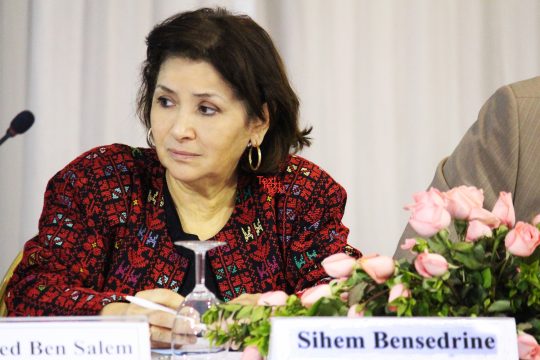 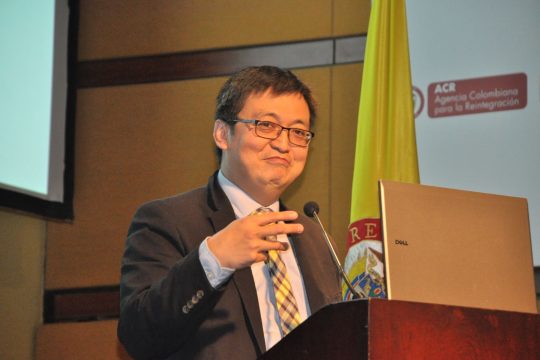