The recent decisions by South Africa, Burundi, and Gambia to leave the International Criminal Court (ICC) are generating wide attention and speculation about a mass exodus from the court by African countries.  But think it’s clear where Africa stands on the ICC? Think again. A growing number of African governments have spoken out over the past week against withdrawal:

Côte d’Ivoire’s president, Alassane Ouattara, said in a local radio interview on November 1 that his country does not intend to leave the ICC.

Nigeria gave a strong statement in support of the ICC to the United Nations General Assembly on October 31, affirming “Nigeria’s continuous commitment to support and cooperate with the court.”

Senegal, at the UN General Assembly on October 31, “invite[d] all States Parties to contribute all of the assistance and cooperation necessary for the court.”

Sierra Leone government spokesman Ajibu Tejan Jalloh made local headlines on October 28 in affirming that the country will not quit the ICC and that Sierra Leone is “committed to peace and justice in our country.”

Malawi Foreign Minister Francis Kasaila said on October 28 that, “Malawi will not be pressured to leave the ICC by its neighbors.”

Tanzania said in its statement to the UN General Assembly on October 31 that establishment of the ICC “became an inspiration against impunity and injustice. The promise and hope is still relevant today, if not more urgent.”

Botswana issued a detailed statement in support of the ICC on October 25, and Foreign Minister Pelomoni Venson-Moitoi on October 26 added: “Pulling out [of the ICC] is not the solution. We should be working towards fixing” the court.

High-level African personalities and African activists have also made a robust call for African countries to remain with the ICC and for the countries that are withdrawing to reconsider.

Twenty-four African and international organizations issued a statement on October 22 calling South Africa’s withdrawal “a slap in the face for victims,” and urging countries that believe in the rights of victims to affirm their support for the ICC. The global Coalition for the ICC also issued a statement on October 21 featuring South African advocates that strongly opposed to withdrawal. A global civil society statement endorsed by African groups from at least 16 countries on October 27 said that, “Withdrawal poses a threat to one of the greatest advances in justice of the 21st century.” African civil society organizations—including the International Commission of Jurists – Kenya, the Mali Coalition for the ICC, and the Southern Africa Litigation Centre—issued individual statements opposing withdrawal.

The ICC has the potential to deliver justice to victims of the world’s worst crimes when national courts are unable or unwilling to prosecute. The ICC is not perfect and its reach needs to be expanded. But the ICC remains a crucial global court of last resort.

For more on Africa and the ICC, watch a brief video featuring 12 African activists that was issued ahead of the African Union Summit in July.

This article was previously published by Human Rights Watch. 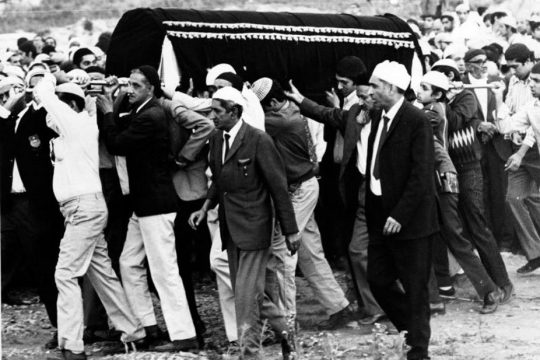