Nepal is this week marking the 10th anniversary of its comprehensive peace agreement (CPA) that ended the decade-long armed conflict (1996-2006) and shaped a peaceful orientation towards a new democratic Nepal.

But the legacy of violent conflict remains unaddressed and the transitional justice process is on the verge of collapse without delivering positive results. Nepal's politics is top-down and unrepresentative, with no accountability or responsibility to the people. The culture of impunity is deeply-rooted within a political culture that allows the interests of rulers at the centre to forget about the country’s violent past.

Efforts to address transitional justice have reached a stalemate, with no progressive action taken for victims beyond a series of highly politicized steps that are far from a victim-centred process. The Nepali state doesn’t see the victims’ suffering and continues to deny their socio-economic demands, considering victims as objects of transitional justice rather than agents of it. Civil society, human rights commission and related agencies have been advocating a judicial process and truth about the past, but this has been done on behalf of victims rather than with them, highlighting and reinforcing the marginalization that both facilitated violations and heightened their impact.

Human rights activism in Nepal has come largely from the urban elite, while the majority of conflict victims are poor and rural. The transitional justice commissions, loyal to their political allies, are not victim-friendly in their procedure, not visible to the rural victims, failing to reach out and listen to their stories. They have failed to address victims’ needs through a legislative route to truth, justice and reparation, with a continuing lack of adequate laws and political will to solve the conflict era cases. Thousands of victims have come together to share their experiences, find solidarity and ways both to cope with the ambiguity of their loss and campaign for their needs to be addressed. Both commissions have ‘finished’ their work without fulfilling their mandate (the commissions’ two-year mandate ends in February, 2017) or developing a roadmap to identify the root causes of conflict, address poverty and structural violence.

Nepal’s peace process has been hailed as a success both at home and abroad simply because armed conflict has not resumed. Domestically, political elites laud a successful transition. But it is one in which all major political actors – from both sides of the conflict – have consolidated their positions and ensured a continuation of patronage-based, corruption-driven governance. Whilst the political transition appears to be complete, the transformation promised by the CPA is as far away as ever. The CPA envisaged “progressive political, economic and social transformation in the country”, “eliminating the current centralized and unitary form of the state [and] ending discrimination based on class, caste, language, gender, culture, religion and region”, and “ending feudal land ownership”, ambitions that remain very far from today’s reality. It foresaw an addressing of inequalities linked to caste and ethnic difference. But these are precisely the fractures along which dramatic tensions remain and which have not been settled by the promulgation of the new Constitution in September 2015. The failures of the CPA’s transformative ambitions reveal not only the political limitations of the peace process, but represent a lost opportunity to address injustice.

Conflict victims and the general public are asking these questions: Who decides who is a victim? Who determines what is an injustice? Whose stories matter? Whose dignity matters? Whose lives matter? Transitional justice commissions are just one way to address the past and can offer victims of injustice a platform from which to identify the crimes committed during the conflict. For change to happen, the perpetrators, beneficiaries, and bystanders in an unjust system need to actually listen to what the victims have to say. 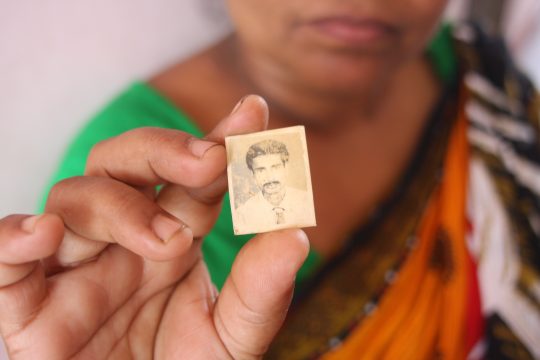 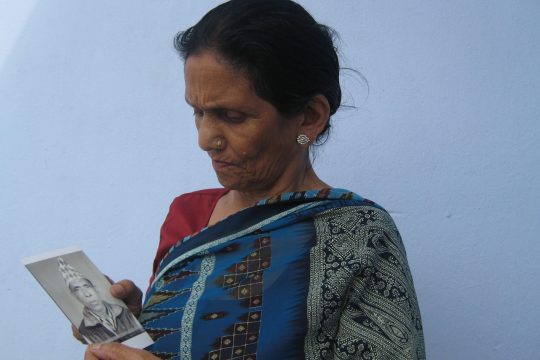 The Disappeared and the Struggle of Justice in Nepal