South Africa has been summoned to appear before the judges of the International Criminal Court (ICC) on April 7, 2017, over its failure to arrest Sudanese President Omar al Bashir in June 2015. The United Nations has also been called to this unprecedented hearing, in which judges are to decide if Pretoria’s refusal to arrest Bashir was a breach of its obligations to the Court and, if so, whether the violation should be referred to the Assembly of States Parties (ICC member states) and UN Security Council.

This summons, decided by the judges, opens a new chapter in relations between the ICC and South Africa, and also in the case of Bashir. ICC arrest warrants for the Sudanese President, accused of genocide and crimes against humanity in Darfur, have been at the heart of tensions between the Court and the African Union since 2009. In June 2015, only hours before Bashir was due to arrive in Johannesburg for an African Union summit, the Southern Africa Litigation Center (SALC) went to court to demand implementation of the ICC arrest warrant against him. On June 14, a South African judge issued an order barring Bashir from leaving the country whilst the court reached a decision on the substance of the case. The next day, the court ordered his arrest and transfer to The Hague, but it was too late. Bashir was already on his way back to Khartoum.  Pretoria, which had violated an order from its own judges, was called to explain to South African judicial authorities and also to the ICC.

With procedures under way in South Africa, Pretoria asked the ICC for more time. The government had gone to the South African Supreme Court and then the Constitutional Court, where a hearing was scheduled for November 22, 2016. But on October 19 there was a dramatic new turn of events. The government announced it had informed the UN Secretary General that the country was pulling out of the Rome Statute, founding treaty of the ICC. The withdrawal will become effective in October 2017. At the same time, Pretoria decided to withdraw its appeal at the South African Constitutional Court. Since procedures were now closed on a national level, the ICC judges called on Pretoria to come and explain itself at the hearing scheduled for April 7, 2017.

The judges also invited the United Nations to come and offer explanations, given that it was the UN Security Council that referred the situation in Darfur to the ICC in March 2005. Since Sudan is not a States Party to the ICC, only the Security Council could do so. However, since then the ICC has received no cooperation. The judges have several times signalled to the Security Council certain States’ lack of cooperation in arresting Bashir. The Sudanese president has travelled abroad on numerous occasions since the first arrest warrant against him in 2009, and has never really been troubled.  And, up to now, the UN Security Council has not given the ICC any significant support in the matter. In their December 8 decision, the judges also invited all member states to present their opinion on the issue.

ICC Prosecutor Fatou Bensouda is also expected to be present. In December 2014, she announced her office was suspending investigations into crimes in Darfur. But they have been relaunched following the Bashir episode in South Africa, and the Prosecutor may dedicate some 3 million Euros to the Darfur case in 2017.

Pretoria says it is pulling out of the ICC because of the way it has been treated by the Court. In June 2015, two weeks before Bashir was due to arrive in South Africa, the ICC asked the authorities to implement the arrest warrants against him. At the time, Pretoria considered that Bashir was coming as a Head of State and therefore had immunity, but nevertheless decided to consult the Court, as allowed under Article 97 of its Statute. As the Justice Ministry’s legal advisor was on his way to The Hague, his ambassador was meeting ICC Registrar Herman von Hebel to organize the logistics of the meeting. But the diplomat found himself before a judge of the Court, in a hearing. “South Africa regarded these consultations as diplomatic and not judicial in nature,” Justice Michael Masutha told the ICC Assembly of States Parties in mid-November.

Pretoria is obliged to continue cooperating with the Court until its withdrawal becomes effective and has signalled its willingness to do so. But in South Africa, the government is facing a new challenge. The Democratic Alliance, main political party in opposition to the ruling ANC, has filed a complaint in court to have the ICC withdrawal nullified on grounds that it is “incompatible with the Constitution” and illegal because it did not go through parliament. A first hearing took place on December 5 and 6. 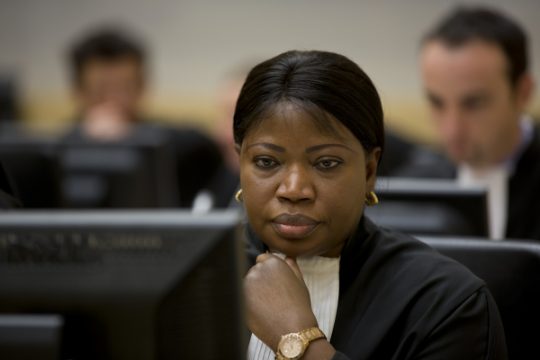 Could ICC withdrawal of South Africa and others spell more violence in Africa? 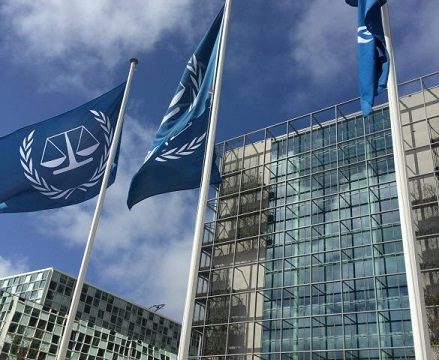 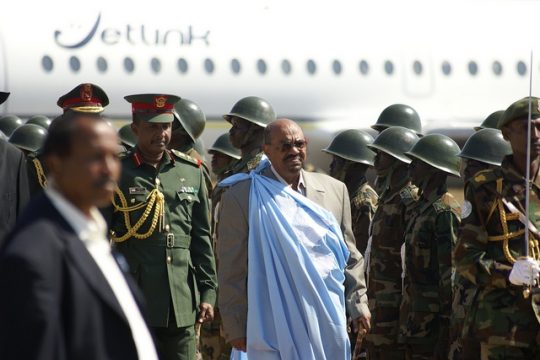 President al-Bashir of Sudan clocked in thousands of miles across the world, despite being a wanted war criminal
South Africa : Related articles