Maintaining and protecting sites where lie the victims is key to preserving the memory of the 1994 genocide against Tutsis in Rwanda. Under a law passed in May this year, that responsibility falls to the Rwandan State, which has also asked UNESCO to register some sites as world cultural heritage.

With its flowering hedge, the genocide memorial cemetery in Nyamure looks more like a traditional Rwandan enclosure. From a distance, you would hardly think that in these 50 square metres scattered with flowers lie the remains of more than 20,000 Tutsis massacred on this hill near the border with Burundi. Almost as soon as the genocide ended, the dead needed to be buried, often in haste, in family or church properties, or on hillsides like here in Nyamure.

“It is not really worthy of our loved ones who died in the genocide,” a survivor in Nyamure says of the village cemetery, “but we needed to choose the least bad solution!” At the time, people organized on the hillsides to bury the dead. After that, the authorities started to take charge. And so was passed a Law of May 2, 2016 on genocide commemoration ceremonies and management of genocide memorial sites. Its aim is to meet the challenges of managing, maintaining and securing the numerous genocide cemeteries and memorials sites throughout the country. According to the new legislation, these sites are at two levels, national and district. It makes them all part of national public heritage and places them under the supervision of the National Commission for the Fight against Genocide (CNLG), a government institution.

There are six sites classed as national memorials: Gisozi, in the capital Kigali; Nyarubuye; Nyamata and Ntarama in eastern Rwanda; Bisesero and Murambi in the southwest. Each of these sites has a “special national significance with regard to the planning and execution of the genocide perpetrated against the Tutsi,” explains CNLG executive secretary Jean-Damascène Bizimana.

Four of these national sites were also submitted to UNESCO in 2012 for listing as world cultural heritage.

Murambi, the “oldest warning sign of genocide against Tutsis”, according to the CNLG, is in the heart of a region where as early as 1963 more than 20,000 Tutsis were massacred. At that time, some foreign media and researchers were already calling these pogroms genocide. As well as this, according to the authorities in Kigali, Murambi symbolizes foreign involvement in the genocide. Rwanda accuses French soldiers of “Operation Turquoise” not only of having covered up serious crimes committed in 1994 but also of having themselves committed murders and rapes, which France has always denied.

As for Nyamata, in the Bugesera region, from 1959 it took in Tutsis deported from other parts of the country. At the start of the deportations, Nyamata was infested with Tsetse flies. In 1994, when it had been transformed into a fertile zone, tens of thousands of Tutsis were massacred in a single day in this previously inhospitable region, in the church of Nyamata and surrounding area. Nyamata thus symbolizes also the extreme desecration of religious sites that were turned into abattoirs during the genocide.

Some 150 km from there, on the Congo-Nil summit, the Bisesero memorial symbolizes the resistance of the Tutsis, who paid dearly with their lives in 1994. Withdrawn to the heights of Bisesero, armed with rocks, spears, bows and arrows, the Tutsi men of the region initially put up fierce resistance to attackers armed with guns and grenades.

Finally, to Gisozi, in the capital. Unlike the first three sites, Gisozi was not directly targeted during the genocide. But here lie the remains of victims killed throughout the city of Kigali. Most of the victims are Rwandan, but there are also foreigners whom the killers thought were Tutsis or their accomplices. Gisozi thus represents the universality of the victims.

“We are drawing up this case with all the scientific rigour required, so as to meet the standards of UNESCO, which will decide in February 2018,” says the CNLG executive secretary, saying he believes the four sites will be approved as world cultural heritage. Experts from UNESCO and Rwanda had in-depth exchanges on this Rwandan request at an ad hoc conference from November 8 to 9 this year in Kigali.

As well as the six big national memorial sites, Rwanda has district memorials, at least one for each of the 30 administrative districts of the country.  According to the law of May, 2016, “each district has at least one memorial site”, based on “a historical aspect of the genocide perpetrated against the Tutsi”. The district authorities are entrusted with responsibility for building, restoring, managing and protecting the memorials on their watch, under the supervision of the CNLG. But given the lack of human, material and financial resources of the districts, the Commission is thinking of regrouping certain sites and keeping only those that are manageable, confides Damascène Bizimana. He also condemns certain isolated acts of profanation, including one in June at a tomb in the south of Rwanda. 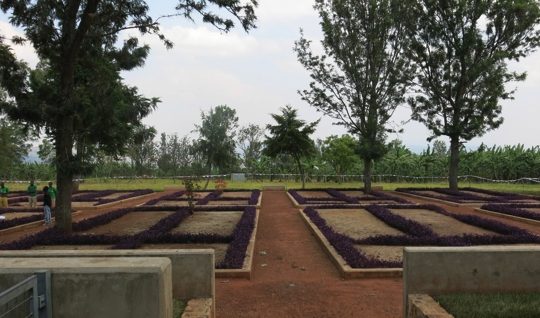 Nuanced Memory in Rwanda and Uganda : Responsibilities of justice practitioners 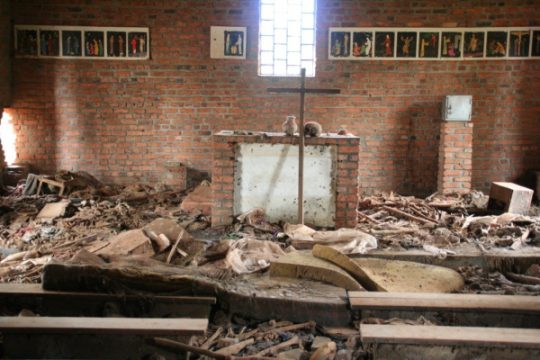 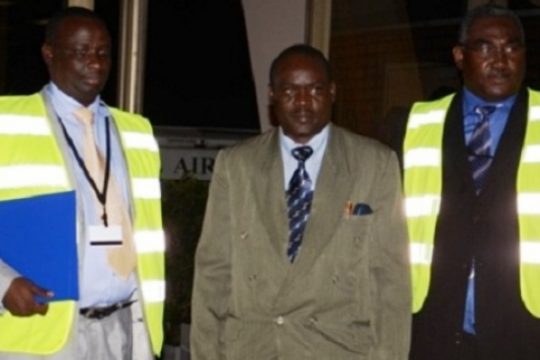