Sudanese lawmakers voted Wednesday to bring back the post of prime minister, a position abolished after President Omar al-Bashir came to power in a 1989 Islamist-backed coup.

The move to delegate limited powers to a prime minister fits with reforms proposed by a national dialogue between Bashir’s government and some opposition groups.

Bashir scrapped the post after leading a bloodless coup against then-premier Sadiq al-Mahdi with the help of Mahdi’s brother-in-law, Islamist leader Hassan al-Turabi.

In October, after a quarter-century in power, Bashir concluded a year-long national dialogue aimed at resolving the insurgencies in Sudan’s border regions and healing the country’s crisis-wracked economy.

The talks, launched in October 2015, were boycotted by most mainstream opposition and armed groups.

On October 10, Bashir submitted a “national document” to serve as a framework for a new Sudanese constitution.

That led to Wednesday’s amendment, approved by all 387 MPs present out of a total of 425.

While it gives the prime minister responsibility for “executive power in the country”, it still allows the president to form a government or sack ministers.

Sudan currently has a transitional constitution adopted in 2005, ahead of the country’s north-south split in 2011 following two decades of civil war.

Support Us
CONTRIBUTE TO INDEPENDENT INFORMATION ON INTERNATIONAL JUSTICE
Across the world, access to justice and information is vital for societies to rebuild after periods of serious violence. This is why we are dedicated to offering a free website adhering to strict journalistic methods which is accessible to everyone in the developed and developing world. Justice Info is funded by donations. Each donation helps our journalists bring you independent information. A regular donation is ideal. We are also grateful for one-off donations.
SUPPORT US
South Sudan : Related articles 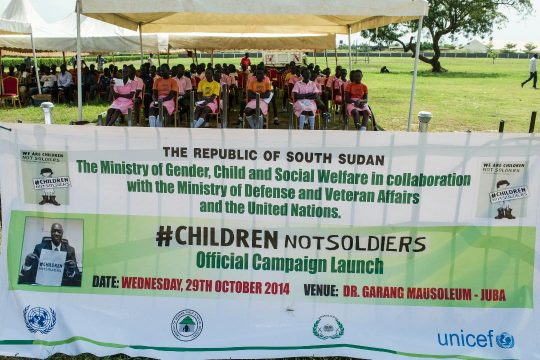