In a January 11 report on the Central African Republic (CAR), Amnesty International says several people suspected of international crimes are still circulating freely. According to the report entitled The long wait for justice: Accountability in Central African Republic,  attempts to bring these suspects to account have been thwarted by lack of resources on the part of the CAR authorities and the United Nations mission in the country (MINUSCA). JusticeInfo talked to Balkissa Ide Siddo, Central Africa Researcher at Amnesty International.

Your organization talks in the report of people circulating freely who are suspected of committing international crimes in the CAR. Can you name some of them?

In 2014, Amnesty International published the names of 21 people from all sides of the conflict whom it thinks should be subject to investigation for international crimes, notably war crimes and crimes against humanity. So far as we know, only two of them have so far been arrested and no investigations have been opened against the other people. Similarly, none of the 10 people on the UN sanctions list seems to have been put under serious investigation or arrested. That is also the case for the large majority of notorious AntiBalaka and ex-Séléka leaders, concerning whom there is reasonable suspicion that they committed international crimes and other serious human rights abuses. Known suspects who are still free and are not, to our knowledge, the subject of any investigation include: Patrice-Edouard Ngaissona, self-proclaimed political coordinator of the AntiBalaka; Eugène Barret Ngaïkosset, an AntiBalaka leader known as the “butcher of Paoua”; Thierry Lébéné, alias “Colonel Twelve Powers”; former presidents François Bozizé and Michel Djotodia; and ex-Séléka leaders Abdoulaye Hissene and Haroun Gaye. Amnesty International and the United Nations have published information indicating that these people may be responsible for crimes under international law and have called for investigations to be opened against them. Some of these people are even in positions of power or influence, like AntiBalaka leader Alfred Yekatom, nicknamed Rambo, who is now a member of the parliamentary Defence and Security Commission which deals with issues of Disarmament, Demobilization, Reintegration and Repatriation (DDRR). It is vital that the Central African authorities, with the support of the international community, step up their efforts to end impunity and establish responsibilities, so as to break the cycle of violence and injustice.

Why haven’t these people been arrested? Is there a lack of will?

The CAR government and MINUSCA have taken some steps towards improving accountability. The Special Criminal Court is in the process of being set up, the International Criminal Court (ICC) has opened some investigations and the UN has imposed sanctions on 10 people accused of serious human rights abuses.

MINUSCA (UN mission in the CAR) has worked with the Central African security forces to arrest 384 people suspected of crimes linked to the conflict committed between September 2014 and October 2016. These people include some well-known figures such as Rodrigue Ngaïbona, an AntiBalaka leader known as Andilo, and Mahmat Abdelkader, an ex-Séléka leader known as Baba Ladé. But MINUSCA and the national authorities face big challenges to conduct efficient investigations and prosecutions and have sentences pronounced in this vast country where there are still many armed groups and almost no public institutions outside Bangui. MINUSCA’s capacity to conduct investigations and prosecutions and manage the consequences is limited.  In addition, a certain lack of coordination between the national authorities and UN forces has spread confusion about their aims and actions, notably concerning the failed attempt to arrest Haroun Gaye and Abdoulaye Hissene in August 2016.

President Touadéra has inherited a judicial system that is in a state of collapse. But isn’t one year enough to show at least some signs of change?

Some steps have been taken towards improving accountability. Nevertheless, there is a real need for significant, sustained investments to rebuild the judicial system in the CAR. The system, already fragile before the return of conflict in 2013, has been further weakened, and profound reconstruction is needed to support rule of law and ensure that the perpetrators of crimes are brought to justice.

It is also necessary to rebuild the physical infrastructure of the judicial system and make the courts operational, especially outside Bangui; to take the necessary steps to boost the numbers and the training of judicial staff as well as their diversity, since there are few Muslims and women in the profession; to put in place laws or mechanisms for witness protection; to speed up the redeployment of judges outside Bangui; and to raise the salaries of assigned lawyers which is currently less than 10 US dollars per case.

With regard to the Special Criminal Court, don’t you think that the slowness in setting it up is becoming harder and harder to explain?

The CAR authorities have taken some steps toward setting up the Special Court, with the support of MINUSCA. But still, a year after the publication of the law to set it up, still much remains to be done before it can become operational and efficient.

Transparent selection of highly qualified national and international judges, based on their merit, will be a determining factor for the success of the Court. Similarly, it is crucial that efforts are made to ensure that the judges recruited reflect a certain level of diversity, and that they get appropriate training in national and international law. Calls for candidates for judges and other members of staff are now open at international level, whilst the national recruitment process for certain posts has just begun.

It is essential that the Special Criminal Court get durable funding. Five million US dollars of the 7 million requested have now been disbursed for the Court’s first 14 months. But donors must be encouraged to make reliable promises stretching over several years, given the five years of activities planned. That would avoid uncertainty with regard to the continuity of the Court and whether some cases might have to be transferred to national courts for lack of funding.

What do you think about the progress of the International Criminal Court investigations?

The ICC opened investigations in September 2014 into suspected crimes committed in the CAR since 2012. It is likely that the ICC will target a small number of top leaders. It is vital that the ICC look into crimes committed by all parties to the conflict and prosecute those responsible on the basis of objective criteria.

There are two separate teams currently conducting investigations in the CAR. One is looking into crimes committed by the ex-Seleka and the other the AntiBalaka. Given the sensitive nature of the conflict, the ICC would be well advised to issue eventual arrest warrants simultaneously against members of the ex-Seleka* and Anti-Balaka suspected of having committed crimes under international law.

* Seleka is a rebel coalition that chased President François Bozizé from power in March 2013 and which is linked to mass atrocities against the population. The Seleka were fought by the AntiBalaka, a self-defence militia which in turn committed serious abuses. 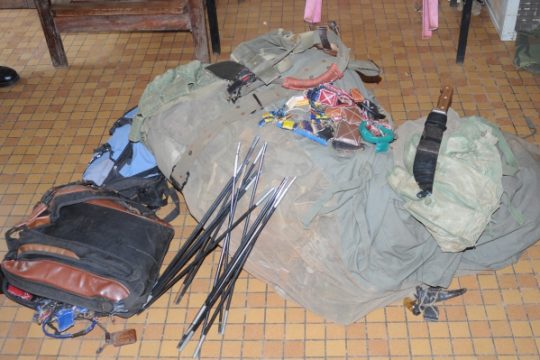 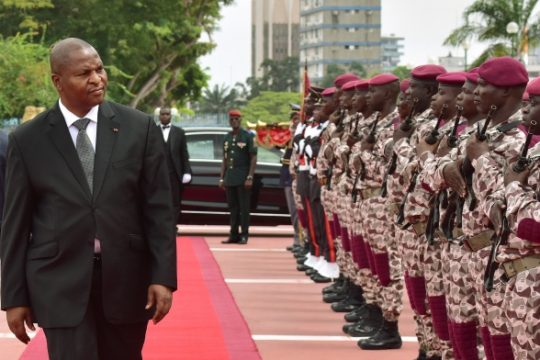 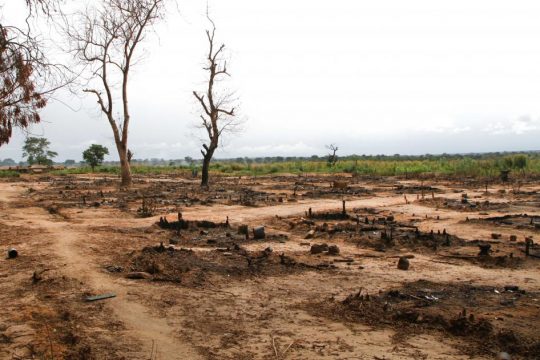