On Friday April 7 Rwanda will be commemorating the 23rd anniversary of the genocide perpetrated against Tutsis in 1994. In the run-up to these commemorations genocide survivors, including a considerable number of young students, have been criss-crossing the one thousand hills of their little country bringing assistance to other, less fortunate survivors and also making gestures of recognition towards Hutus who saved their lives.

Her name is Roza Mukarurinda. This Hutu countrywoman from the village of Kinazi in southern Rwanda had neither weapons nor money at the height of the genocide in 1994. Guns could drive back the killers and money could persuade them to put off a murderous attack for several days. Roza had only her mother’s heart. She took in a Tutsi baby girl whose parents had just been massacred. In order that this child could survive, she had to wean her own child prematurely to breastfeed the baby she called Irizabimbuto, literally meaning the egg that will be fertile.

Twenty-three years later, Irizabimbuto is a beautiful young woman of 23 who is finishing her studies at a Kenyan university. Because of her studies she was unable to join other young survivors in Rwanda in their March 11- April 1 campaign of assistance to impoverished survivors and recognition of those who saved them. So she sent a representative for the presentation to her “mother sent by Fate” of a “heifer of gratitude”.

“God gave red blood to Hutus and Tutsis alike,” Roza explained as she welcomed the heifer to her stable. This is the third cow that Roza, now 74, has been given by the rare survivors of Irizabimbuto’s family. She has also been named a “gardian of the pact” by the National Commission for Unity and Reconciliation.

During the month of March and from April 7 to July 4, the young survivors have a full programme. As well as giving cows to the “upright” and providing assistance to survivors in need, they also plan to give wheelchairs and orthopedic equipment to handicapped members of the former rebel Rwandan Patriotic Front (RPF), now in power, which stopped the genocide; build or rehabilitate houses; rehabilitate genocide memorials; and create vegetable gardens.

“In exchange we wish to offer our youthful strength, remembrance of those who left us behind, and joy to the survivors, making us think of our need to recognize those who saved us,” explains Olivier Mazimpaka, head of the  Group of former student survivors of the genocide (GAERG).

“I think your activities carry a message of hope,” Jean-Pierre Dusingizemungu, head of the main survivors’ group IBUKA, told these young people.

The campaign of recognition led by these young survivors was initiated in the run-up to the 21st genocide comemoration in 2015. At that time some young students went to an isolated village in Ngoma district, eastern Rwanda, to pay tribute to the heroism of an old lady named Alvera Kankindi, to whom they gave a heifer. In Rwandan culture, there is no more precious gift than that of a cow, which is seen as the sign of a certain prosperity. Alvera, a simple countrywoman like Roza from Kinazi, opened her little house to Tutsi refugees during the height of the massacres and fed them with her little resources. Those she protected lived. The killers, who arrived at the scene too late, murdered Kankindi’s husband in revenge. According to Ibuka, there is no better way to fight the ideology of genocide than to recognize the courage of those who fought evil even when they were not themselves targeted.

This year, the slogan for the genocide commemoration is: “Let us commemorate the anti-Tutsi genocide. Let us fight the ideology of genocide and build on our progeess”.

Each year, there is a week of national mourning from April 7-13 in memory of the genocide victims. During that week, flags are at half-mast throughout the country and festive behaviour is forbidden. But for the genocide survivors’ associations, the commemoration activities will continue until July, reflecting the 100 days of the massacres.

According to the Rwandan government, the genocide of April-July 1994 left more than a million people dead. “Revising down this figure is the work of revisionists and genocide deniers,” says Jean -Damascène Bizimana, executive secretary of the National Commission Against Genocide (CNLG). 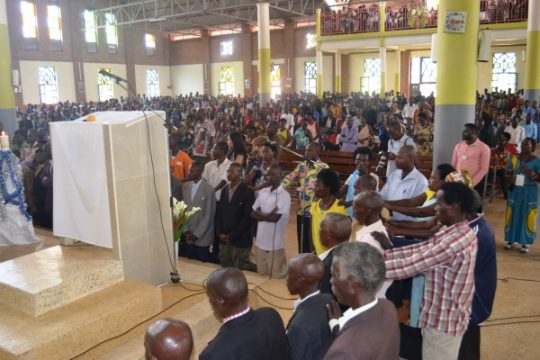 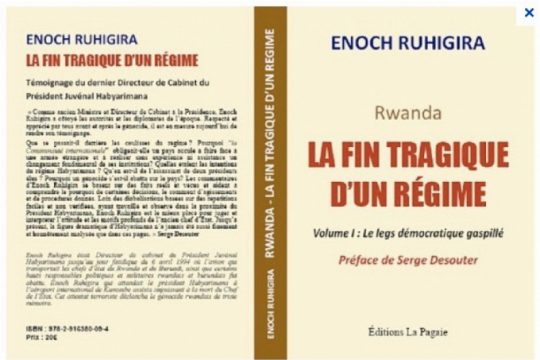 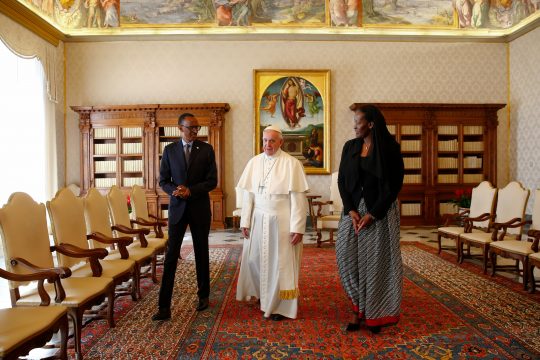 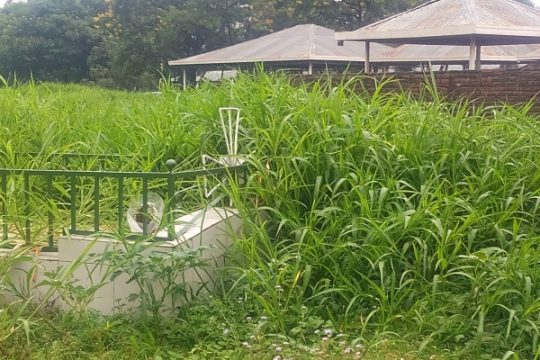