Criminals like to commit their crimes in the dark. It is on this assumption that justice must be seen to be done if it is to help prevent crime. And so metaphorically, good triumphs over evil and light over darkness. In international public life this conviction has often produced a will to expose publicly the atrocities committed by war criminals, so as to shame them and dissuade others from associating with them.

This "naming and shaming" approach was the reason United Nations Commissions of Inquiry were set up and is the preferred method of human rights organizations, convinced that reminding people of civilized norms and the laws of war will lead warring parties to commit less atrocities.

However, this "naming and shaming" has now reached its limits. Carla Del Ponte’s resignation from the UN Commission of Inquiry on Syria is the clearest sign of this. The renowned Swiss war crimes prosecutor has been on this Commission for six years, ever since its creation. And year after year the Commission produced innumerable reports on the atrocities committed by the Syrian government and various armed groups: bombing of civilians, destruction of hospitals, use of banned weapons, torture, summary executions, ethnic cleansing, and so the list of war crimes goes on.

But it is clear that the Commission’s work documenting the Syrian people’s suffering has not provoked any reaction from the warring parties or from world powers to stop this endless tragedy. The crimes are continuing before everyone’s eyes. "Naming and shaming" no longer works in a time when public opinion, fed on “fake news”, has become increasingly indifferent, autocrats have become more powerful in Turkey, Russia and elsewhere, Europe is largely absent or tempted by populism and the narcissism of the US President has taken the place of policy. Carla Del Ponte’s resignation is a new reason to take stock of the dysfunctions of an international community that has never seemed so divided. 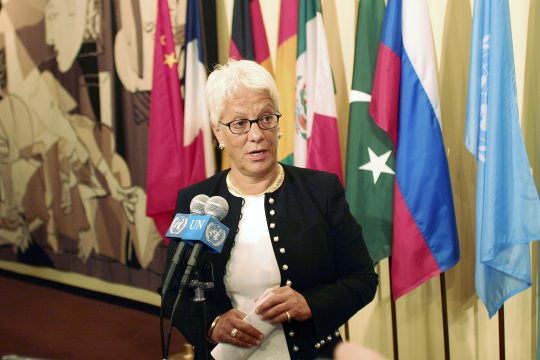 Veteran prosecutor to quit UN Syria probe that 'does nothing' 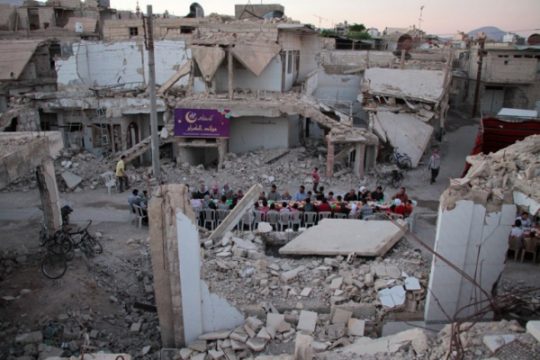