Baba Hydara is the son of Gambian journalist Deyda Hydara, who was assassinated in 2004. The former regime of President Yahya Jammeh is widely suspected of being behind his murder. Baba Hydara has been fighting ever since to get justice for his father, who was one of the many victims of the Jammeh regime that ruled Gambia with an iron fist for nearly a quarter of a century. So it is natural that he is part of the new “Jammeh2Justice” coalition, which wants Jammeh tried for his crimes. The former dictator finally stepped down in January 2017 after being beaten in elections by current president Adama Barrow and is now in exile in Equatorial Guinea. JusticeInfo spoke to Baba Hydara, who says Gambia’s former torturers, wherever they are, should not remain unpunished.

JusticeInfo.net: You are fighting against impunity for the crimes of the Jammeh regime. Your own father, who was a journalist, was assassinated under that regime. What do we know today about his assassination?

Baba Hyadara: It happened on December 16, 2004 and it was the anniversary of “The Point”, the independent newspaper that he founded. Every year, the newspaper organized a “day of reflection” and invited the public. That day my father was travelling with others to the ceremony when his car was squeezed by two or three other vehicles painted in green and yellow which are the colours of Gambian taxis. They started firing on my father’s vehicle. In the panic, his car fell into a ditch. I think it was there that they shot him… and killed him.

Do you know today who killed your father?

We still don’t know for sure who the killers are. But we have the names of people who may have been involved: Sana Manjang and Bombardier (editor’s note: members of the Jammeh regime’s death squad who are currently being targeted by the Gambian judicial authorities for the journalist’s murder). There are arrest warrants against them. I have heard that one of them is in Guinea-Bissau, but I don’t know where the other one is.

You are part of the coalition of victims of the Jammeh regime. How much do you think you can achieve?

The judicial system has remained the same, with the same people as under Jammeh. How do you think you can overcome such a handicap?

We are aware that for the moment Gambia’s judicial system is not ready to try Jammeh, for different reasons, both structural and political. That is why our coalition, which comprises victims, African human rights activists and international organizations, met in October in Banjul, the Gambian capital, to brainstorm on realistic alternatives. We know it will take time, but we have determination and patience.

Where and how do you hope to see him tried?

Our most difficult obstacle is the fact that Jammeh is in Equatorial Guinea. And by the way, we have an Equatorial Guinean activist in our coalition who is now living in exile. Together we talked about different possibilities, including a hybrid court like the one that tried Habré, or a court set up by ECOWAS (Economic Community of West African States) or a trial in one of the countries of the region. We are convinced that by lobbying ECOWAS, other international bodies and countries of the region, we can create the political conditions such that the Obiangs (powerful family of Equatorial Guinea’s President) agree to no longer protect Jammeh. There are many options and we are studying them all.

What evidence have you already gathered?

It is true that if you want to bring someone to justice you need evidence, hard evidence. So we are working on it. The victims’ association has just been set up. It is hearing victims, supporting them and gathering their testimonies. We hope to create files for each victim, so that each one has a document setting out what they went through, and we would like to immortalize their stories on video. That should allow us to gather all the evidence. We have a lot of work to do, because the organization already has 400 members. And we invite others to join us, because we are convinced that many other people suffered.  That figure will probably double. There is also an international organization based in Switzerland – TRIAL – which is investigating crimes committed by Ousman Sonko, who was a close aide of Jammeh and Interior Minister for ten years. As you can see, evidence gathering has already begun.

How was your coalition set up?

To set this coalition up we were helped by American lawyer Reed Brody. He was the one who helped the victims of Hissène Habré bring him to justice. He brought some Chadian victims to our first meeting. We held meetings with them for three days, and the discussions were really interesting. We learned a lot about their fight for justice. It gave us ideas. But we do not want to wait 20 years or more, we would like to move things forward as quickly as possible. That’s why we are trying to learn lessons from their struggle and to be as efficient as possible.

Bringing a former dictator to justice also requires resources, as the trial of Hissène Habré shows…

We are well aware of that, and we discussed it in our meetings. We are working with our international partners, including Reed Brody, who have experience of these kinds of situation, and contacts… That will help us because the more you lobby, the more people are willing to help. I hope that we will be able to raise the necessary support, but if we have to do everything ourselves, we will do it. We are ready.

Tell us a bit about the “Jammeh2Justice” coalition, its members and its plan of action.

The coalition comprises the victims’ association, Gambian human rights activists, international and African organizations including the Banjul-based Institute for Human Rights Development in Africa,  EG Justice (Equatorial Guinea), TRIAL International (Switzerland), Human Rights Watch, Guernica 37 (Spain) and AIDS-Free World.  We are many. We hope that all this support will facilitate our task of  bringing Yahya Jammeh to justice. 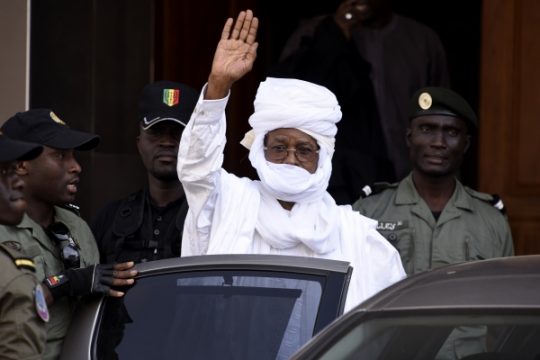 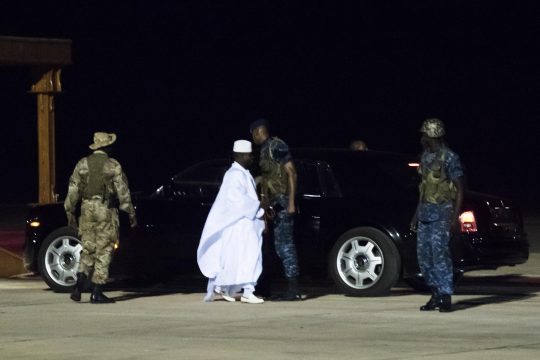