According to the Gallup survey institute, the five most dangerous countries in the world in 2017 were Venezuela, South Africa, El Salvador, South Sudan and Liberia. With the exception of Venezuela, they have all been through civil war, and in South Sudan there is still war. South Africa, El Salvador and Liberia, on the other hand, all turned the page on political violence a long time ago, but criminal violence has taken its place. More awareness is needed to better understand the links between armed conflict and criminal violence.

South Africa, El Salvador and Liberia all have in common that they set up Truth and Reconciliation Commissions after apartheid or armed conflicts. These commissions shed light on the political violence that had torn society apart. The one in South Africa is often seen as a model, and the other two did honourable work. As a result of peaceful transition and democracy, South Africa has one of the most progressive constitutions in the world. In Liberia, elections took place peacefully in December bringing to power ex-football star George Weah, whilst former president Charles Taylor is serving a 50-year prison sentence for crimes against humanity committed in neighbouring Sierra Leone.

Today South Africa, El Salvador and Liberia are all pluralist societies where political and civic freedoms have become a reality, but where crime rates are at record levels. Yet the continuum between political and criminal violence is insufficiently explored. It is as though a society suddenly changes when peace has been agreed, but a society brutalized and traumatized by years of conflict still carries the legacy of violence for a long time. This legacy is often reflected notably in the high level of domestic violence.

The statistics are scary. In El Salvador, a small central American country of 6.4 million inhabitants, 15 people are assassinated a day on average. Relative to its population, it has the highest rate of homicides in the world. The terrible civil war (1979-1992) between the extreme-right and armed Marxist groups killed fewer people than the current criminality. In South Africa, some 20,000 people were murdered in 2017, or an average of 52 per day. According to a survey among 4,000 women, one in three said they had been victim of sexual violence, a figure which is thought to be an under-estimate! The police recorded 40,000 rape allegations last year, or an average of 109 a day. One man in four admits to having raped at least one woman, and three-quarters of them did this before they were 20.

The facts are there. When a society is exposed for years to the violence of an armed conflict, it develops methods of resilience. It adapts to the new reality, absorbs new types of behaviour and new values, and becomes fundamentally changed, even when peace returns. The narrative of identity, or the way that a society and its communities see themselves and write their national history, develops. Former UN High Commissioner for Human Rights Mary Robinson thus stresses the legacy of apartheid in the development of a culture of violence, the inadequacies of justice, latent aggression, and how rape is seen as an act of power in a society with patriarchal values de-structured by apartheid and unemployment.

As South Africa moved from being a society in conflict to a society at peace, violence took another form. The current situation cannot be justified, but we may note with Myriam Houssay-Holzchuch all the forms of violence that society suffered simultaneously under apartheid and its legacy: economic violence from social inequalities created by the system; dehumanization of the victim by the perpetrator and dehumanization of the perpetrator himself; legal executions and institutionalized corporal punishment; the symbolic violence  of racist laws and the physical violence with which they were applied; public and private violence; criminal violence and political violence; individual violence and State violence.

The end of the top-down violence inflicted by the white authorities has become transversal violence, leading to this explosion of criminality where poor people are basically attacking other poor people having internalized the norms and behaviour of a State which was itself born out of pitiless colonialization. The State violence has transformed social identities, developing a toxic masculinity that has made asexual violence acceptable in South Africa.

Sometimes group solidarities are formed, identities become closed and rigid. In some sections of the population, the Other (and that can be another criminal network) is perceived as a threat to be eliminated. Violence has become integrated into behaviour. The development of gangs in El Salvador and South Africa testify to this. Sometimes the example comes from the top, like in South Africa where head of State Jacob Zuma was accused of rape (he was finally acquitted) in 2006 and remains accused in various corruption cases. In Guatemala, another country that has had a terrible civil war, violence, criminality and corruption have also impregnated the social system. In Latin America, military juntas have since the 1980s given way to democratic transitions, but as David Garibay notes, these transitions have not really managed to de-legitimize the use of violence in political and social relations, against a background of mafia networks and drug cartels.

These mechanisms of resilience - both positive and negative – were studied by Amy Carpenter in Baghdad after the American invasion of 2003. Saddam Hussein’s regime was a dictatorship, but the capital had remained multicultural. When the sectarian violence between Shiites and Sunnis started after 2003, the districts where different communities lived built defence mechanisms to enable continued living together. These mechanisms held up until the social tissue was finally broken in 2006, forcing people to take refuge in districts that were now homogeneous. Baghdad society thus moved from positive to negative resilience.

In Kenya, on the other hand, society was able after the 2008 election violence that left 1,500 dead and half a million displaced to pick itself up and tackle the causes of the violence. The media adopted a code of conduct outlawing hate speech; international mediation was entrusted to former UN Secretary General Kofi Annan; new political alliances were built, giving rise to the National Accord and the Reconciliation Act. These various initiatives arising from awareness in civil society and the political elite meant that the 2013 elections passed off peacefully.

For too long the attention of both national and international players has remained focused on the period of transition from war to peace, as if this delicate passage guaranteed the future. Examples show that this is not at all the case. Peaceful transitions can mask the legacy of political violence. It is crucial to understand the internal dynamics of a society when it is faced with the shocks of armed conflict, and to support those who, often at considerable personal risk, draw up cooperation mechanisms and work on the roots of the violence -- so that tomorrow does not become worse than yesterday. 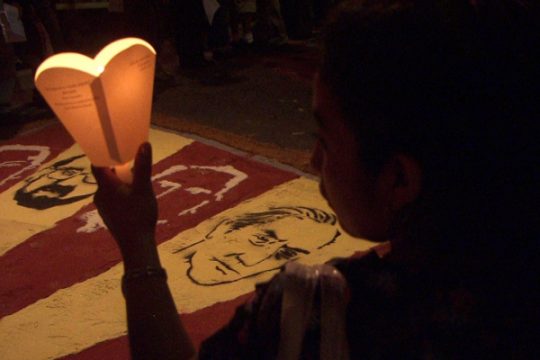 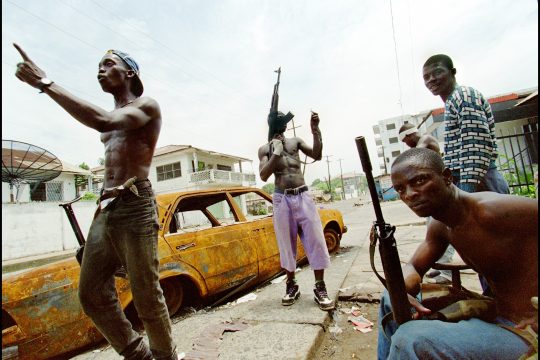