Armenia and Turkey are at odds over whether the World War I massacres and deportations of Armenians by their Ottoman rulers should be described as genocide.

Armenians say up to 1.5 million of their kin were killed between 1915 and 1917, and have long sought international recognition that this was genocide.

Turkey rejects the term and puts the number of dead at between 300,000 and 500,000. It says what happened was civil conflict and a collective tragedy.

Around 20 countries and some parliaments have voted through laws or resolutions recognising there was genocide, to the fury of Ankara.

The Dutch lower house on Thursday became the latest to vote such an acknowledgement but made clear that the government as a whole would not make such a judgement.

Here is some background.

Clashes between Armenians and Turks started at the end of the 19th century as the Ottoman Empire was falling apart, costing between 100,000 and 300,000 Armenian lives between 1895 and 1896, according to Armenian sources.

Then, in October 1914, the Ottoman Empire entered World War I on the side of Germany and the Austro-Hungarian Empire.

On April 24, 1915 thousands of Armenians suspected of harbouring nationalist sentiments and being hostile to Ottoman rule were rounded up.

On May 26, a special law authorised deportations "for reasons of internal security".

The Armenian population of Anatolia and Cilicia, labelled "the enemy within", was forced into exile in the Mesopotamian desert.

A large number were killed on the way or in the detention camps. Many were burned alive, drowned, poisoned or fell victim to disease, according to foreign diplomats and intelligence services at the time.

The Ottoman Empire was dismantled in 1920, two years after the creation of an independent Armenian state in May 1918.

A 1948 UN convention defines genocide as acts "committed with intent to destroy, in whole or part, a national, ethnical, racial or religious group".

Turkey accepts today that massacres were carried out and that many Armenians were killed while being deported, but is adamant this was not genocide.

It says the Armenians collaborated with the Russian enemy during World War I, and that tens of thousands of Turks were killed at their hands.

In April 2014, Turkey's President Recep Tayyip Erdogan for the first time offered his condolences over the massacres, calling them "our shared pain".

More than 20 countries have recognised the massacres of Armenians as genocide.

Uruguay was the first, in 1965, and was followed by countries including Argentina, Belgium, Canada, Russia, Sweden and Switzerland.

In 1996, Greece, which has conflictual relations with neighbouring Turkey, decreed April 24 "the day of memory of the genocide of Armenians by the Turkish regime".

France was the first major European country to use the disputed term in 2001.

The first pontiff to publicly utter the word "genocide" was Pope Francis, in April 2015.

In 1981, Ronald Reagan, who was US president at the time, branded the massacres "a genocide" and more than 40 individual US states have taken similar action.

Former president Barack Obama had promised to also recognise the killings as a genocide but did not follow through in his eight years in office.

The European Parliament recognised the killings as genocide on June 18, 1987.

The German parliament did the same in June 2016, as the did the parliaments of Austria and Luxembourg in 2015.

Copy this HTML into your CMS
Press Ctrl-C to copy
Turkey : Related articles 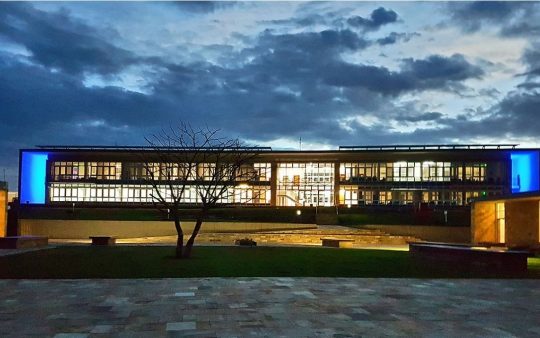