Five Latin American countries are expected to follow through today with their plans to refer Venezuela to the International Criminal Court (ICC). According to diplomatic sources, they will ask prosecutor Fatou Bensouda to open an investigation – a move to put pressure on both Venezuela and the court. It would be the first time ICC state parties refer another member state to the court.

The foreign ministers of Argentina, Chile, Colombia, Paraguay and Peru will sign a letter on Tuesday evening in which they ask ICC prosecutor Fatou Bensouda to open an investigation into the situation in Venezuela. In the communication, they invoke Article 14 of the Rome Statute, the founding treaty of the court, which enables states parties to refer a situation in another country to the ICC. Diplomatic sources from two Latin American countries  confirmed the meeting to JusticeInfo.net, which will take place in the margins of the UN General Assembly at 6pm in New York.

The Latin American governments support their referral with a report of the Organization of American States (OAS), a diplomat, who wished to stay anonymous, explained. In May, a panel of independent international experts concluded that since 2014 crimes against humanity have been committed in Venezuela. In the report, the OAS panel lists crimes such as murder, extrajudicial executions, arbitrary detention and a “systematic pattern of abuse” of parts of the civilian population.

The experts recommended OAS member states should request the ICC prosecutor to open an investigation. The referral by Argentina, Chile, Colombia, Paraguay and Peru puts pressure on the Office of the Prosecutor (OTP) so that it speeds up the process. In February 2018, Prosecutor Bensouda announced the opening of a preliminary examination in Venezuela. In order to proceed with a full investigation, she would need the approval of the judges. The referral of the states, however, waives this condition and makes an investigation in Venezuela now highly likely.

The decision of the five Latin American states to move forward is an unusual case in which governments use the ICC as a diplomatic tool and refer the crisis in another country to the court.

In 2013, the Comoros requested the opening of an investigation into crimes allegedly committed by Israel during the raid of a vessel bound for Gaza Strip. However, Israel is not a member of the ICC. In November 2017, the Prosecutor closed the file, deciding that the information available was not sufficient for an investigation.

The situation in Venezuela is of different scale and nature. The ICC referral by Argentina, Chile, Colombia, Paraguay and Peru would represent the first time ever a state member, or a group of them, refers another state member for investigation.

Reports by human rights organisations, experts of the OAS and by the UN Office of the High Commissioner for Human Rights have revealed widespread crimes and abuse in the last years. The international community has imposed sanctions and threatened with military intervention. The move will isolate Venezuela even further. It may also have an impact on its position towards the court itself. In 2016, Burundi, also an outcast of the international community and threatened with an ICC investigation, decided to withdraw from the Rome Statute. Venezuelan president Nicolás Maduro, who appears to have been undeterred by the actions of the international community so far, might well consider a similar step, even if it will not be enough to prevent the ICC from opening the investigation. 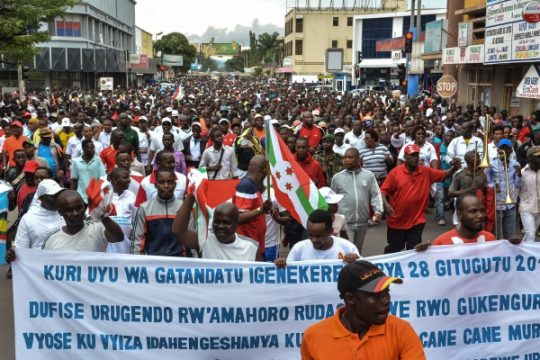 Venezuela and the ICC: who’s fooling who?