On 10 December 2018, Nadia Murad will step forward to receive the Nobel Peace Prize, which she shares with the renowned Congolese doctor, Denis Mukwege. A young Yazidi woman, Ms. Murad grew up in Kocho village, in Sinjar, northern Iraq, where she dreamt of owning a beauty parlour. She is now the first UN Goodwill Ambassador for the Dignity of Survivors of Human Trafficking, the founder of Nadia's Initiative, and a Nobel Laureate. The journey between her two lives is one of horror, and of courage.

Ms. Murad was captured by the group Islamic State of Iraq and Syria, when its fighters launched a coordinated attack on the Sinjar region in August 2014. The Yazidis, a pre-Judaic and historically persecuted religious group, were targeted by ISIS which believed them to be infidels and pagans. In Kocho, ISIS forced the residents into the village school. Men and adolescent boys, including Ms. Murad's father and brothers, were executed; women who were past child-bearing age were killed later in a different location, Ms. Murad's mother among them. Young women and girls were taken to holding sites, where they were registered and sold into sexual slavery and domestic servitude; young boys were forcibly recruited into ISIS training camps where they were trained to fight. Ms. Murad was sold into sexual slavery, where she was repeatedly and violently raped and beaten. When she escaped, she was one of the first survivors to speak publicly about what she had suffered and seen.

Ms. Murad's advocacy, and the testimonies of other survivors, informed the wider world about ISIS's crimes. The 2015 US Holocaust Memorial Museum and the 2016 Commission of Inquiry on Syria reports determined that ISIS was committing genocide, as well as crimes against humanity and war crimes, in its multi-pronged attack on the Yazidis. The reports – together with continued pressure from Ms. Murad, Yazidi rights groups such as Yazda and the Free Yezidi Foundation, and various international NGOs – catapulted the Yazidi genocide into public consciousness.

How empathy was built

International attention failed, however, to translate into meaningful action. Inside Iraq, the Yazidis fell victim to political disagreements between the Iraqi central and Kurdish regional governments. This included disputes over who controlled Sinjar, which caused a build-up of various armed groups in the region, delaying the clearing of explosive devices left behind by ISIS; the mapping of mass graves; the rebuilding of Sinjar; and the return of the Yazidis. There was no attempt to rescue captured Yazidis, though all took note of the international involvement in the 2016 rescue of a Swedish girl who travelled to Mosul to be with her boyfriend, an ISIS fighter.

Justice at an international level was blocked: neither Syria nor Iraq are parties to the Rome Statute; and it was (and is) unlikely that the UN Security Council will refer the situation in either country to the International Criminal Court due to the exercise of veto powers by its permanent members. With no easy way to assist Yazidis, and with the international community's attention turning to other conflicts, natural disasters, and various political debacles, the plight of the Yazidis began to fade from view. Ms. Murad's Nobel Prize, the first awarded to an Iraqi, comes at the right time to hopefully refocus attention on the Yazidis' struggle for justice and security.

Nevertheless, the Yazidis, who number about one million people globally, have been particularly successful in educating the international community about who they are, why they were attacked, and the spectrum of genocidal violence that they suffered. This was helped immeasurably by Nadia Murad's stepping forward, at great personal cost, to become the face and voice of the genocide. It also owes to other factors: the involvement of educated members of the Yazidi diaspora who gave up more comfortable lives to dedicate themselves to securing justice for their people; the willingness of the same diaspora to work behind the scenes, facilitating survivors' voices being heard; the Yazidi community's embrace – backed by their religious authorities – of Yazidi women and girls rescued from captivity; and the fact that ISIS sought to publicise rather than hide their atrocities.

There were also factors that were not immediately foreseeable: the testimonies of survivors of sexual slavery proved irresistible to western media, which focussed on acts of sexual violence in a manner which bordered on disturbing, and which failed almost entirely to place those acts within the continuum of genocidal violence. Moreover, the American Christian political lobby, seeing the Yazidis and the Iraqi Christian community as common victims of ISIS, came out in vocal support. The fact that the Yazidis had been attacked by ISIS – something that is firmly within the contemplation and experience of people in Europe and North America – arguably prompted greater empathy.

Who informs the narrative

In contrast, Myanmar's Rohingya community – which has endured waves of large-scale systematic violence since at least 1978 – has struggled to set forth their own narrative of the genocidal violence that they suffer. Rather, this narrative is borne out of the work of predominantly international journalists and documentation bodies, including that of the United Nations Fact-Finding Mission on Myanmar, which, in its August 2018 report, found that there was a reasonable inference of genocidal intent. In September 2018, the International Criminal Court ruled that the Court could exercise limited jurisdiction over crimes against the Rohingyas – specifically those crimes where one of the elements of the crime took place in Bangladesh, to which hundreds of thousands of Rohingyas had fled or been forcibly displaced.

As the situation of the Yazidis demonstrates, international attention – even on crimes as horrific as genocide - ebbs and flows. While international involvement, including the UN's establishment of an independent evidence-gathering Mechanism for Myanmar, may keep some focus, the Rohingya community would benefit from developing more robust advocacy, allowing it to more directly inform the narrative of its own suffering. The input and networks of the diaspora-run organisations can be significant, but they must be organised, able to coordinate with each other as needed, and committed to centring survivors. As women are more likely to survive genocide, it is particularly important to support them and to ensure their voices are heard.

The Rohingyas are a Muslim minority, attacked on the basis of their religion by their own government, which is steeped in Buddhist nationalism. This fits no narrative present in the wider international community. Unlike Rwandan Tutsis or the Armenians, and much like the Yazidis, the Rohingyas do not have their own nation to advocate for them. Consequently, it is all the more important that the Rohingyas appear as more than victims in NGO reports and news articles. Sympathy doesn't sustain international pressure; empathy may.

As the international community's attention lurches from one crisis to another, the work to ensure a sustained focus falls, eventually, on survivors and their allies. This is a reality that the Yazidis understand, and for which the Rohingyas must ready themselves. 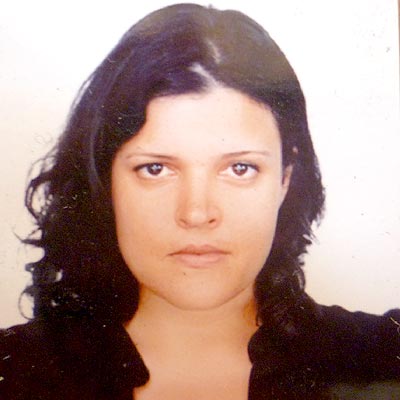 As Chief Legal Analyst on the UN Commission of Inquiry on Syria from 2012-2016, Sareta Ashraph authored the Commission’s June 2016 report “They Came to Destroy: ISIS’s Crimes Against the Yazidis”, which determined that ISIS was committing the crime of genocide. She is a principal on the "Documenting Yazidi victims of ISIS" project at the London School of Economics' Middle East Centre, and co-founder of the Yazidi Asylum Project.