On 16 November 2018 the Trial Chamber of the Extraordinary Chambers in the Courts of Cambodia (ECCC), also known as the Khmer Rouge Tribunal, will deliver a final judgment on two former leaders of the Khmer Rouge movement, Nuon Chea, 92, and Khieu Samphan, 87. This is the defendants’ second trial. Four years ago, they have already been sentenced to life imprisonment for a range of crimes against humanity.

In the supplementary trial, which concluded its evidentiary phase in 2017, the ECCC prosecutors accused Nuon Chea and Khieu Samphan of additional crimes against humanity, genocide against minority populations, breaches of the Geneva Convention and “national regulation of marriage”.

The court held these two men accountable because between April 1975 and January 1979 (the time span of the ECCC’s jurisdiction) Nuon Chea and Khieu Samphan held important posts in the Khmer Rouge regime that called itself Democratic Kampuchea. Nuon Chea was deputy secretary of the concealed, all-powerful Communist Party of Kampuchea (CPK), just below the Party secretary Pol Pot, who died in 1998. Khieu Samphan occupied the largely ceremonial position of Head of State.

The dwindling relevance of the Tribunal

Like the defendants, it’s now on its last legs and many will welcome its departure from the scene

The Khmer Rouge Tribunal began its work in 2006. Like the defendants, it’s now on its last legs and many will welcome its departure from the scene, for its lifetime the tribunal has been plagued with serious administrative, financial and personnel problems. It’s also been hampered by the consistent hostility of the Cambodian government and, with rare exceptions, a negative rush to judgment by the international media.

In addition, the crimes that the defendants are now said to have committed or known about are forty-odd years old, while the average age of Cambodians today is much younger than that. Many Cambodian millennials, we are told, don’t believe that the Khmer Rouge regime ever happened, and are unconcerned when they find out that it did.

As the ECCC edges toward that spongy concept, closure, many people in Cambodia and elsewhere believe that it has passed its use-by date and ran out of relevance long ago.

With these issues in mind, do the final judgment and the ECCC itself really matter?

A mountain of documentation

I would argue that the text of the final judgment will be of considerable interest and that the ECCC, on balance, has been an invaluable institution.

In the future anyone attempting to study Democratic Kampuchea will need to consult this indispensible tri-lingual archive.

One aspect of the tribunal’s value is the mountain of documentation that it has accumulated since 2006. These data will, it’s hoped, be electronically (and permanently) accessible to the public. In the future anyone attempting to study Democratic Kampuchea will need to consult this indispensible tri-lingual archive.

The ECCC has also been valuable, I think, because it has allowed over 100,000 Cambodian visitors to observe its arcane but generally civil procedures. More importantly its very existence has discredited Prime Minister Hun Sen’s bizarre exhortation in 1997, just as the creation of the ECCC was being requested, that once the Khmer Rouge military threat to Cambodia had ended everyone should “dig a hole and bury the past”.

Turning to the final judgment, it will be interesting to see whether its level of detail, choice of words and argumentation form a fitting and justified supplementary indictment of these two men. And a fitting final statement for the ECCC.

The fact that the defendants are accused of genocide against the Cham and Vietnamese minorities is interesting, because the question of whether genocide using the United Nations definition occurred under Democratic Kampuchea has plagued students and observers of the regime since 1979. Until now the ECCC has prudently avoided taking the issue on board.

In January 1979, as soon as the Peoples' Republic of Kampuchea (PRK) took office in Cambodia, its Vietnamese sponsors were quick to seize on what they called the “fascist” and “genocidal” nature of Democratic Kampuchea, without producing evidence for either of the charges. They used the labels as synonyms for “evil” and to distance themselves and the PRK from the Communist history and credentials of Democratic Kampuchea.

The terms “fascist” and “genocidal” to describe Democratic Kampuchea didn’t hold up. The regime followed no fascist models.

On close examination the terms “fascist” and “genocidal” to describe Democratic Kampuchea didn’t hold up. The regime followed no fascist models (unless of course Maoist China was “objectively” fascist). As for genocide, pinning the label on Democratic Kampuchea has always been handicapped by the fact that its victims were overwhelmingly ethnic Khmer.

Some writers have coined the word “auto-genocide” to describe what happened in Democratic Kampuchea, suggesting that it was the intention of the country’s leaders to eliminate the Cambodian people en masse because of their ethnic identity. The term strikes me as devoid of sense.

In fact, the deaths inflicted on the Cambodian population by Democratic Kampuchea far more closely resembled the deaths inflicted in Ukraine in the 1930s, in China's Great Leap Forward, in North Vietnamese land reform in the 1950s and more recently in the mass killings of alleged Communists in Indonesia in 1965-1966.

The people who died in these tragic, government-sponsored events were seen by the people who killed them not as offensive ethnic groups but as collateral damage to government policies or more simply as enemies of the state. Unfortunately there’s no term to describe these mass killings that comes to mind as temptingly as “genocide” which, I argue, is an entirely inappropriate word to use.

There is no convincing documentary evidence that the killings of Chams in Democratic Kampuchea were systematic or directed by top officials.

The final judgment may condemn Nuon Chea and Khieu Samphan for genocide against the Cham Moslems in Cambodia and against those Vietnamese who were still residing in the country in 1978. There is no convincing documentary evidence that the killings of Chams in Democratic Kampuchea were systematic or directed by top officials. Most of the post-1979 researchers concerned with Democratic Kampuchea mistreatment of the Chams were convinced, before they collected any data, that genocide had taken place. When one researcher  was asked about the questionable nature of his documentation, he replied, winningly, that this didn’t matter, because what he had written was “in a good cause”.

The Vietnamese deaths that took place throughout Cambodia in 1978, on the other hand, clearly fit the UN definition. The victims were systematically targeted for death because they were Vietnamese. Nuon Chea and Khieu Samphan would certainly have been aware of this policy and there are Democratic Kampuchea documents to prove it.

A conflicted but worthwhile operation

In closing, while I am convinced that the two defendants deserve the sentences that they have received (which will probably be reaffirmed by the final judgment), limiting responsibility for what happened in Democratic Kampuchea to these two old men as well as to a pair of defendants who have died, does not add up to the kind of closure that most survivors of the regime have been hoping for since the ECCC convened. The severe limitations placed on the tribunal by the Cambodian government have constrained the outcome of the proceedings. Holes have been dug, in other words, and some of Cambodia’s past has been buried, apparently for good.

All seem to me to add up to a conflicted but, on balance, entirely worthwhile operation.

At the same time, the achievements of the ECCC, the documentation it has assembled and the awareness it has created in Cambodia of the deep-seated, intrinsic criminality of Democratic Kampuchea all seem to me to add up to a conflicted but, on balance, entirely worthwhile operation. There will certainly be nothing resembling it to follow. 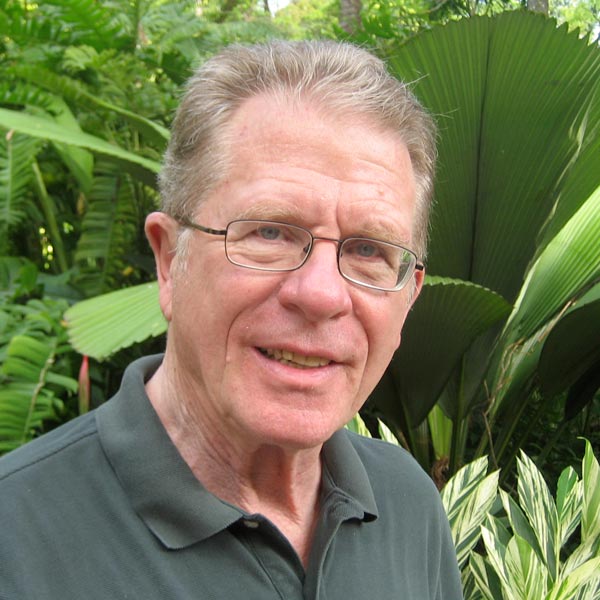 David Chandler is an emeritus professor of history at Monash University in Melbourne, Australia, where he resides. He is the author of five books, including “The Tragedy of Cambodian History” (Yale University Press, 1993) and “Voices of S-21: Terror and History in Pol Pot’s Secret Prison” (University of California Press, 2000).