When it emerged at the beginning of the 1990s, international justice did not envisage the victims as witnesses for whom it might have to guarantee protection. In the last 15 years or so, newly created international or mixed tribunals from Phnom Penh to Dakar, from The Hague to Bangui have nevertheless given victims the right to become real participants in trials. Sometimes they are “participating victims”, as before the International Criminal Court (ICC). In Phnom Penh, at the trials of former Khmer Rouge leaders before the Extraordinary Chambers in the Courts of Cambodia (ECCC), they have become real parties to the trial -- civil parties.

One of the factors in this has been the development of mixed tribunals integrated into the national judicial system of the country – Cambodia, Senegal, Central African Republic – where criminal trial proceedings provide for full participation of victims.

For these jurisdictions, the challenge is not so much to invent a new system (like at the ICC) as to adapt a national practice to the judicial, practical and financial challenges specific to trials for mass crimes (large number of victims, technical nature of procedures, difficulty of organizing effective information and consultation for victims in long procedures). The challenge is also to meet the expectations of extra-judicial benefits from victims’ participation. It is expected not only to help shed light on the truth but also to promote national reconciliation, allow victims to feel “empowered” and lead to collective, “transformative” reparations programmes, notwithstanding the risk of creating two categories of victims: those who participate in trials and could benefit from the supposed benefits of their participation; and the rest.

Is it in victims’ interest to participate in trials?

At the EEEC, precedence has been given to the symbolic dimension of civil parties’ participation, sometimes at the expense of the purely judicial dimension. The criteria for eligibility to participate have been considerably broadened to admit a large number of civil parties who were then grouped for trial purposes into a Collective, with the risk that individual demands become diluted. The Chamber has thus also authorized implementation of judicial reparations projects funded by external donors before any decision on the guilt or innocence of the accused.

It is premature to draw all the conclusions from civil parties’ experience,  but it is perhaps already possible to open debate on the balance required between this judicial dimension and symbolic dimension, starting by questioning the accepted view that it is always in victims’ interests to participate in trials for mass crimes. Are we not in danger of moving from the right to participate (which also means the right not to participate), to an injunction to victims to participate, without necessarily bothering about the real benefits they could draw from it?

It is not often said, but victims rarely feel appeased and satisfied after a criminal trial.

It is not often said, but victims rarely feel appeased and satisfied after a criminal trial. Lawyers used to representing victims know how much participating in a trial can be lengthy, disturbing and a source of huge frustration. Imagine my surprise when a civil party, after hearing the verdict of the first trial sentencing Nuon Chea and Khieu Samphan to prison for life exclaimed furiously: “It’s as if I had cancer and they gave me paracetamol!” Just imagine the disappointment when your case doesn’t even get to trial stage.

The real experience of a civil party

A Collective of 3,867 men and women victims of crimes or policies carried out when the Khmer Rouge were in power from April 1975 to January 1979 has been participating for ten years in this second trial of Khieu Samphan and Nuon Chea. Ten years! But what do we really mean by participation?

Let us try to put ourselves for a moment in the place of one civil party. She wanted to come and testify because she was told it was important to talk, but only 63 civil parties have been able to do so.

At the risk of caricature, let us try to put ourselves for a moment in the place of one civil party, people who are rarely talked about but nevertheless are the majority in the Collective whose interests we represent. An NGO came to see her ten years ago to persuade her to become a civil party, saying the procedure would last three years. She does not know the accused personally. The case in which she is participating has been divided into three because it was too voluminous and part of the facts were put aside by the judges for lack of time. Since she started participating, 282 of her fellow civil parties have died, before ever hearing the final judgment, and she tells herself the same thing could well happen to her. She also supported an informal suggestion from another civil party saying it would be particularly useful if the Court could help with funeral costs. She wanted to come and testify because she was told it was important to talk, but only 63 civil parties have been able to do so. She went to talk about her experience in a school, because that is part of reparations projects (the young need to understand what happened). Since the beginning of the trial, she has come to attend one or two hearings and participated in some information and consultation forums where she met her lawyer and other civil parties. On these occasions, she tried to economize the per diems she received to improve her daily life. But the activities take place in town, she lives in the country and she is becoming more and more tired from travelling. Sometimes she even finds it hard to know what is happening in the trial…

Putting aside the heroic tales of civil parties whose testimony is supposed to have changed their lives, we should draw lessons from the participation of victims at the ECCC. A good balance needs to be found between the judicial dimension and the symbolic dimension.

Victims’ participation at the ECCC has been a formidable testing ground. Let us hope that international criminal justice is not afflicted with amnesia.

This balance can only be found by sending international and hybrid courts back to their primary task – trying and judging – and envisaging complementarity with other mechanisms, internal or external to the courts, which would allow the expectations of all victims to be better met: a real, national reparations programme separated from a guilty verdict on such a small number of accused persons and which is open to all victims, not only those who have taken part in organized trials.

Victims’ participation at the ECCC has been a formidable testing ground. Let us hope that international criminal justice is not afflicted as so often in the past with amnesia. 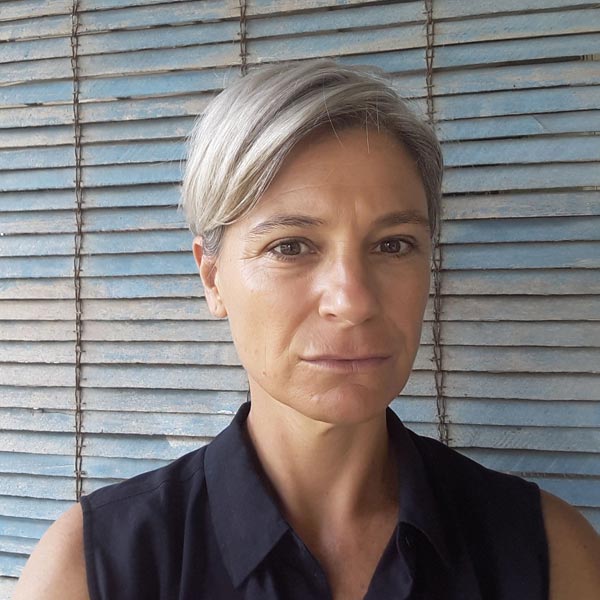 Marie Guiraud has since June 2014, been a leading lawyer for civil parties at the Extraordinary Chambers in the Courts of Cambodia (ECCC). She is specialized in criminal law, international criminal law and human rights. She has also represented victims in cases involving international crimes in Côte d’Ivoire and the Democratic Republic of Congo.