The wrong student is called to order, but he will not be punished. In its decision of 6 May, the Appeals Chamber, referred to it by Jordan, confirmed that this State party to the International Criminal Court (ICC) since 2002 “had failed to comply with its obligations by not arresting Omar Al-Bashir and surrendering him to the ICC while he was on Jordanian territory attending the League of Arab States’ Summit on 29 March 2017”, the Court said in a statement. The judges, on the other hand, took the decision not to refer Jordan's non-cooperation to the Assembly of ICC States Parties and to the United Nations Security Council, as ordered by the first instance judges. On this part of the decision, the judges are not unanimous.

The States failures to cooperate with the ICC, whether or not parties to the Court, has been a burden on this court for arrests and investigations since its inception. Not long ago, in another context - Afghanistan - other ICC judges decided: if there is no cooperation, let us not waste time opening an investigation. Jordan's non-arrest the President of Sudan is not the first failure of a State Party brought before the ICC judges – after in particular the cases of Chad (2010), Malawi (2010), the Democratic Republic of Congo (2014) and South Africa (2015), among others. In total Omar Al-Bashir visited more than 15 African countries without being worried. But this time, the Trial Chamber wanted to follow through on the logic: not only did the judges call Amman to order, they wanted Jordan to report to the ICC Assembly of States Parties and to the UN Security Council – which referred the Darfur case to the ICC. Jordan escapes (potential) humiliation.

From Jordan’s point of view, the ‘punishment’ seemed unfair. Why should it have had to explain itself in New York or The Hague when South Africa did not? Jordan added that it had done everything possible to consult the ICC, but the response came only four days later. The African Union and the Arab League, together with Jordan, have advocated the immunities that apply to current Heads of State. The Appeals Chamber, in a context where African States are still threatening to withdraw from an ICC perceived as sectarian towards the continent, has shown openness: for the first time, ICC judges have invited the African Union and the Arab League, as well as a selection of law professors, to express their views on the merits of the Jordan case and on the question of the immunity of heads of State. The hearings were held in The Hague in September 2018.

“The decision came as a no surprise but it’s highly disappointing” says to JusticeInfo Dr Namira Negm, the African Union legal counsel. “The disappointment emanates from the basis of the decision. The Court chose the highly criticized decision in Malawi case to deny the existence of immunities of heads of states. This statement means (…) there is no acknowledgement of any types of immunity. It exposes that the Court perceives the Rome Statute as a body of law that came in the abstract and it’s in denial of foundation of international law including sovereign rights of States to waive immunities of it’s senior officials, or other legal principles.”

For Kenyan journalist Tom Maliti, who followed these hearings for International Justice Monitor, the parties seemed at least to agree on one point: once a head of State has left office, no immunity prevails. This does not mean that everyone agrees on a judgment in The Hague. With regard to the Al-Bashir case, the soldiers who hold him clearly stated their position, on 12 April: “We will not hand over the President abroad during our period”.

Tom Maliti summarizes the new decision: “I think everybody will be happy with the decision, and everyone will be disappointed!” “The prosecution got a win there because the Appeals Chamber went further than reasserting the provisions of the Rome Statute and went into what customary international law says about immunity in relation to heads of State. They will not be happy with the decision not to refer Jordan to the Assembly of [ICC] States Parties or to the [UN] Security Council, which is the only way to sanction a State that has not fulfilled its obligations. Jordan will not be happy with the decision finding that they failed to comply with their obligations. It will be very pleased with the decision that consultations [between States and the Court] need to be clearly defined and because they aren’t, Jordan shouldn’t be referred to the Assembly of States Parties or to the Security Council.” 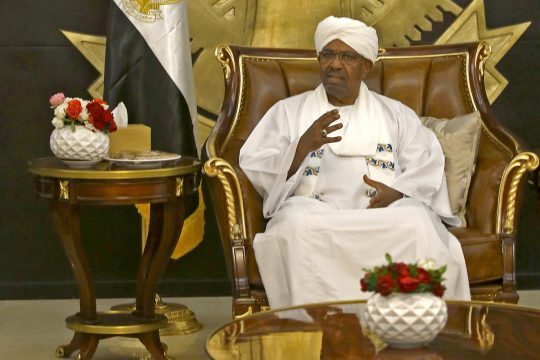 Omar al-Bashir and the burden of the ICC

The reference to customary international law is perplexing to many observers of the Court. Dapo Akande, Professor of Public International Law at Oxford University (England), was one of the first to express his surprise on Monday on his blog. “This is stunning and appears to be deeply misguided. This reasoning appears to assert that parties to the Rome Statute, have, by creating the Court, taken away the rights of non-party states under international law. Dangerous because this reasoning is likely to stiffen opposition to the Court by non-parties. The John Bolton’s of this world and many people far more reasonable will point to this ruling to set out precisely why it is important to oppose this court and other international criminal courts.”

“This is an absolutely shocking judgment for me, who chose the worst possible answer to the complex public international law questions raised and discussed at length by some of the best experts last September,” commented Dov Jacobs, Professor at the University of Leiden (The Netherlands) on Twitter during the reading of the decision by the President of the Appeals Chamber, also President of the Court, Nigeria’s Chile Eboe-Osuji. And the commentator added: “I have this bitter feeling that all this process was a royal waste of time to pretend to listen to everyone, while having pre-decided the issue on a ground none of parties actually raised.”

When contacted by Justiceinfo on the phone, Professor Dov Jacob explains: “I think that legally it is weak. To be clear, this position is only advanced by human rights activists, but no serious academic working on the issue of immunities would advance it. Then, we must see what impact this can have on both the African Union and the Arab League. The African Union played the game of dialogue, sent representatives to the hearings in September and this response is probably the worst possible. There is no room for dialogue. Zero margin.”

Is that an irreconcilable gap or just unsuccessful attempt by the Appeals Chamber to seek a balance between the interests of the Court and those of the states? “For me, continues Dov Jacobs, it expresses a great gap, between a form of idealism pushed to the extreme by customary international law – which effectively underlies the Rome Statute – and on the other hand real politics by saying Jordan should not have been referred to the Security Council.” The question of immunities is very symbolic because it represents the idea that no one is above the law, concedes the lawyer, which still gives this decision a historical significance from this point of view.

To stabilize jurisprudence on immunities, several lawyers suggest, the General Assembly of the United Nations could, as it has the power to do so and as some mentioned during the debates at the ICC, request an advisory opinion from the International Court of Justice.