Authorities and politicians like to talk of the fight against impunity. Yet while the reality of this struggle has intensified, it remains worrying that it is so limited. The case of Hissène Habré - president of Chad in the 1980s, tried in Senegal three years ago - offers us a good perspective on one of the main limits of this struggle.

The fight against impunity can be described in three stages.

The first one is recognition of victims’ suffering. This recognition should be public. It is sometimes through the courts if victims use legal channels to establish the violations suffered: these are the different human rights procedures that can be carried out at national, regional or global level.

In the Habré case there was first a non-judicial attempt via a national commission of inquiry which published a report in May 1992. This commission represented a recognition by the State of abuses committed against part of the population.

Then the UN Comittee against Torture, seized by the victims, handed down a decision in May 2006 reminding Senegal of its obligation to prosecute alleged perpetrators of torture, and implicitly recognizing that the allegations of torture were well-founded. Finally there was a recognition of this suffering by the African Union itself through a multitude of decisions, of which the first one led to the creation of a committee of experts in January 2006 to determine the consequences of the Habré case  for the African Union, and so thereby also recognizing implicitly that there had been a violation of rights.

Secondly, the fight against impunity tends to identify those responsible for this suffering in order to punish them in accordance with the law. This is the stage of criminal proceedings, at the national or international level. For Habré, this led to his trial before the Extraordinary African Chambers (EAC) in Senegal. This court tried only one person, Hissein Habré, sentenced to life imprisonment on appeal on 27 April 2017. But it also prompted Chad to quickly organize, in March 2015, the trial of some 20 other people involved in the regime's crimes.

There was certainly some political motivation behind this Chadian initiative, since it removed some suspects from the jurisdiction of the EAC, where their words might be freer and therefore riskier for the government in N'Djamena. But it is a victory nonetheless since it has led to the establishment of accountability for individuals who have committed international crimes. 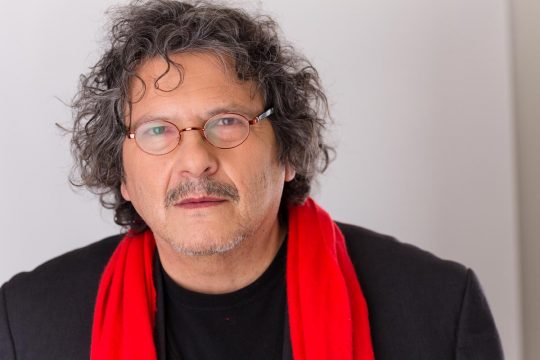 Reed Brody: “We have the power to bring you to justice”

This is the third stage in the fight against impunity, which is reparation for victims. And the Habré case illustrates how often this step is overlooked.

At the national level, on 25 March 2015, the Chadian judiciary granted financial compensation of 75 billion CFA francs (114 million euros) to the 7,000 victims registered as civil parties, with the Chadian State being liable for 50% of it. To date, it has not been paid.

At the international level, the Extraordinary African Chambers also awarded financial reparations of more than 82 billion CFA francs (125 million euros), to be paid by Hissène Habré to the 7,396 civil parties. This compensation has also remained a dead letter.

Why? In the case of Chad, the lack of reparations reinforces the perception that the authorities only organized the trial for political purposes that had little to do with the fight against impunity. Rather, it was to put a few individuals behind bars to protect others, with little regard for the victims.

In the case of Senegal, there is an indisputable possibility of bringing civil action to seize Habré's property as a first step. To date, however, such a possibility has not materialized. The existence of a treaty at the foundation of the Extraordinary African Chambers (2012 Agreement) cannot be an excuse for this lack of consideration for victims, further reinforcing the political stakes here. To force the Senegalese justice system, it may be necessary for the victims' legal representatives to bring action before the High Court of First Instance of Dakar. Such a referral could allow the conversion of the protective seizures made at the time of Habré's arrest into monetary benefit for the victims, as well as action beyond Senegal's borders if Habré had property elsewhere.

The uncertainties of the Compensation Fund

As for the African Union, it has also failed. The 2012 agreement with Senegal provides for the establishment of a Victims' Compensation Fund. It took time for the statute of this fund to be written and adopted by the AU Assembly in January 2018, and one may wonder whether it was appropriate to wait until the end of the trial to do so. Once the Fund was established, it took time for its effective implementation and then for contributions to enable it to grant reparations.

However, this is a total unclear.

It would appear that the Extraordinary African Chambers transferred some 300 million CFA francs (457,000 euros) to the Compensation Fund, which remained in their accounts. There is also talk of a budget line of US$5 million that the African Union planned. But the status of the Fund is not public allowing these credits to be chacked.  And it is not clear whether the Fund has received any other contributions to date.

Such a situation calls for two observations. First, the available financial resources should already have been used for compensation and it is surprising that nothing has been done so far. Also, in the name of State continuity, the Fund should be financed mainly by Chad, whose State apparatus is responsible for these human rights violations.

For the time being, it must be acknowledged that the African Union's discourse on combating impunity has only very partially translated into reality. The right to reparations continues to be violated, and victims can initiate proceedings in this regard. This is in line with the request submitted by victims to the African Commission on Human and Peoples' Rights in November 2017.

Victims could also hold the States concerned, Senegal and Chad, accountable to UN human rights bodies such as the Human Rights Committee and the Committee against Torture. It is unfair in this regard that the system locks victims into an infinite sequence of legal proceedings, since exhaustion of domestic remedies is a condition of admissibility and will take a few years to achieve.

Finally, victims could engage in high-level political lobbying. A definitive resolution of this issue would indeed be in the interest of the African Union because it will thus be able to show that its discourse on impunity is not just words. The Habré trial is generally considered an example of how international crimes can be redressed. But it still has a long way to go to set an example in terms of reparations. 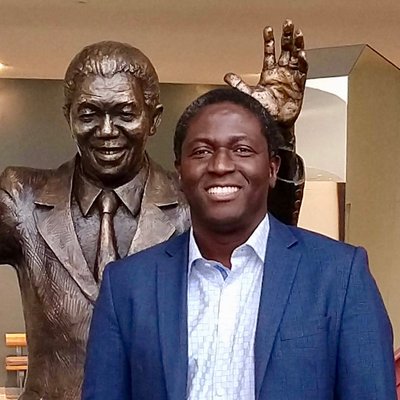 Sètondji Roland Adjovi has been teaching since 2009 at Arcadia University in the United States. He was a lawyer with the judges of the International Criminal Tribunal for Rwanda and then victim's counsel before the International Criminal Court. He has appeared before various other courts, including the African Court on Human and Peoples' Rights and the United Nations Dispute Tribunal.