The Malian truth commission lifted a corner of veil on its recommendations for reparations on June 12 during a seminar with civil society and victims held at the Peacekeeping School in Bamako, Mali’s capital. The proposed policy, only the broad outlines of which have been made public, could, after consultation with the relevant ministries, result in a draft law within one to two months. The ball is in the State’s court, clearly stated Ousmane Oumarou Sidibé, president of the Truth, Justice and Reconciliation Commission of Mali (CVJR), during a press briefing following the seminar. “It will be up to the Government of Mali to propose a law to the National Assembly, which may be amended at any time with the contributions of all concerned,” says Hamadoun Bocar Kanfo, press officer at the CVJR.

The policy proposed by the CVJR is based on several consultations with victims, explains Antoine Stomboli, legal advisor for Lawyers Without Borders Canada deployed to the Commission. These consultations include an ASF Canada study on expectations and perceptions conducted with 3,755 people affected by the conflict, carried out with seven Malian civil society organizations; and an identification work conducted by the CVJR regional offices in the regions of Ménaka, Taoudéni, Kidal, Mopti, Gao, Timbuktu and Bamako – with 200 people – as well as with a target panel of women and children (100 people) on their reparations needs. Through this approach, the CVJR wishes to develop a “consensual” reparation policy in consultation with victims, civil society and the Malian government. Before this press briefing, the CVJR organized, on 22 and 23 May, a first meeting with victims to present its draft reparation policy.

Too many victims for judicial reparations

The CVJR proposes that after the end of its mandate a dedicated structure be created, which would be called, it suggests, the “Commission for the administration of reparations for victims (CARV)”. A model described as “holistic” by Stomboli: “This draft reparation policy provides for multiple forms of reparation in addition to compensation, ranging from medical and psychological care to symbolic reparations. Measures that are complementary: for example, a victim of sexual violence may receive psychological care in addition to monetary compensation and other symbolic measures, such as an apology from the State.” “The very high number of victims of serious human rights violations in Mali requires a response that takes into account this context, he adds. Today, judicial institutions cannot respond to all these requests and not everyone has the means to access justice. The CVJR therefore proposes a policy of compensation through administrative channels.” 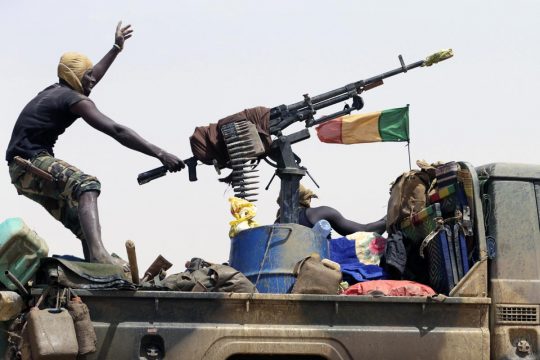 Mali and the difficulty of seeking truth under fire

Haïdara Aminai Maïga, a victim of the 1990 rebellion and president of the National Coordination of Victims’ Associations, disagrees with this view. She fulminates: “The victims of Mali prefer reparation by legal means because through this reparation he will have justice, truth and then reparation that will allow us to rehabilitate ourselves, to reintegrate ourselves individually after having lost everything. Administrative reparation is about making collective reparations by building schools, roads, maternity wards, how can this be useful to a victim who has lost everything in a crisis?”

According to the proposed model, the CVJR will submit at the end of its mandate a list of victims heard, together with recommendations for reparation, while leaving open the possibility for victims who have not been heard to refer the matter to the CARV. The budget of this commission for the administration of reparations would be supported by the State. The implementation of the repairs will depend on the will of the government. According to Drissa Traoré, Programme Officer of the joint project of the Malian Association for Human Rights (AMDH) and the International Federation for Human Rights (FIDH), it would be essential in this case to consider urgent measures for the care of certain victims who have urgent needs.

The CVJR continues to experience delays, announcing a further postponement of the first public hearings after the recent deadly attacks in central Mali. These hearings may not be held before September or October, says a source close to the CVJR. “At the same time, it is a question of preparing the victims who will come to testify at this delicate time. The CVJR will therefore implement a psychological support strategy for victims who will be selected to testify,” observes Stomboli.

The assessment of the Malian Truth Commission – which, despite several years of inaction, has taken statements from more than 13,000 victims, including more than 500 in the Mbera camp in Mauritania – remains mixed. However, it currently seems to have the support of the Malian Head of State. “The CVJR is doing a remarkable job,” Ibrahim Boubacar Keïta said on June 20, on the occasion of the fourth anniversary of the signing of the peace and reconciliation agreement resulting from the Algiers process.