The disavowal of international criminal justice is part of a general trend towards a return to nationalism and the desire of States to have a monopoly on trials. Management of the world's increasingly scarce resources often involves economic and military interests that place multinationals at the heart of international relations. Mining activities, for example, are almost always conducted under the protection of private military and security companies supported by private banks. These companies become actors in armed conflicts and may be directly or indirectly involved in international crimes.

In order to avoid binding legislation (and litigation), companies have supported and subscribed to voluntary codes of conduct, non-binding standards adopted by governments and/or companies. In addition, there is an increasing tendency for States to protect certain corporate activities under the blanket of “national security” through their national laws. As a result, they are able to free themselves from their obligations to respect human rights and international humanitarian law, since some of their activities can now be covered by notions of defence secrecy and national interest.

The United Nations Security Council has already noted the link between the exploitation of natural resources and armed conflict through resolutions adopted on Angola (resolution 1173), on Sierra Leone (1343) and on Central African Republic (2127). Despite this, none of the UN fact-finding missions have been mandated to investigate crimes committed by companies. The only notable exceptions are panels of experts investigating in the context of Security Council embargoes, whose reports may focus on the link between economic activities, peace and international security. By excluding the socio-economic aspects of conflicts from its fact-finding missions, the Security Council implicitly contributes to the maintenance of the world economic order and certain armed conflicts, fuelled by multinational corporations.

Prosecuting companies for serious crimes that affect humanity as a whole would not only contribute to ending their impunity, but also to redressing the balance of power between resource-rich countries and those that exploit them, thus restoring confidence in international justice.

Since corporations do not fall under the jurisdiction of international criminal courts, these companies are not targeted in international trials. However, excluding companies from any transitional justice process helps to maintain a partial, even erroneous view of contemporary armed conflicts by reducing them to local conflicts often described as inter-ethnic. Prosecuting companies for serious crimes that affect humanity as a whole would not only contribute to ending their impunity, but also to redressing the balance of power between resource-rich countries and those that exploit them, thus also restoring confidence in international justice.

The vague notion of “due diligence”

As early as the 1970s, the UN recognized that the activities of multinationals could have an impact on human rights violations and began working on a document to guide their activities. This long and complex negotiation process culminated in 2011 in the adoption by the Human Rights Council of the United Nations Guiding Principles on Business and Human Rights. These "principles" are part of the corporate social responsibility (CSR) movement, which offers non-binding standards for companies. They confirm that the obligation to protect, respect and fulfil human rights rests primarily with States. But they enshrine the responsibility (not the obligation) of companies to respect them, through the principle of "due diligence", which is a rather vague notion.

As with other codes of conduct applicable to companies, implementation depends on their willingness. This type of approach, encouraged by companies, allows them to circumvent binding legislation and avoid litigation for as long as "due diligence" does not become a legal obligation. This approach is favoured by States, which consider that multinationals have no international legal personality and cannot be bound by international law.

Companies can sue without being sued

Opponents of recognizing the international legal personality of companies argue that this would allow them to draft international rules - an attribute of sovereign states - and to have as much power (if not more) than states. However, companies are already directly involved in the drafting of international rules. On the one hand, they participate in the negotiation of codes which, in some cases, are transposed into national legislation and become binding. They also contribute to the negotiation of international instruments through lobbying and the offer of "expertise". Finally, they contribute by creating internal rules within their structures, creating "micro legal orders". Multinational companies therefore already have the power to create international standards.

Economic liberalization has encouraged companies to protect their interests. Since the first European Court of Human Rights case in 1979 involving the Sunday Times – in which the court recognized the applicability of human rights to businesses --, many cases have been brought before that court by companies with the aim of protecting their rights. In 2002, in the landmark case of Cantos v. Argentina, the Inter-American Court of Human Rights allowed the shareholders of a group of companies to defend their interests in place of the company. Responding to Argentina's argument that the Court did not have jurisdiction over corporations, the Court replied that "the rights and obligations of companies become the rights and obligations of the individuals who compose them". The Court thus protected the company's interests through the shareholders.

In addition, companies have the right to act before international economic courts, as provided for in the Convention on the Settlement of Investment Disputes, in force since 1966. This Convention allows investors to bring cases directly against a State without even having to exhaust domestic remedies, which is a requirement for individuals before international human rights mechanisms and prolongs proceedings to the detriment of claimants. Moreover, the Convention does not allow these same States to take action against companies, again on the grounds that companies do not have international legal personality. Thus, both human rights protection mechanisms and international economic law mechanisms are favourable to companies and do not allow them to be prosecuted for crimes.

A way out of crisis for the ICC?

By excluding corporate responsibility, the International Criminal Court (ICC) maintains a vision of transitional justice which does not address power relations and external factors that contribute to armed conflict and international crimes. International criminal law is the only law that can go beyond the debate on the legal personality of companies and address the responsibility of a complex multinational structure through legal tools, including the notion of command responsibility. Is it not the case that crimes of companies were prosecuted in Nuremberg, during trials against their leaders?

The ICC has jurisdiction over both civilians and military personnel and can therefore investigate business leaders, as announced when the Prosecutor at the time opened investigations in the Democratic Republic of Congo. This has never actually been done. So far, the ICC Pre-Trial Chamber has confirmed the charges against only one businessman, Kenyan Joshua Arap Sang, but the Trial Chamber later dismissed the case.

The Court, through international criminal law, places crimes as specific to third world countries and reproduces the neo-colonial narrative.

The ICC is currently perceived as an institution in the hands of Western states that only investigates "African cases". The selection of cases in a given situation shows that the prosecutors' policy of prosecuting only "African criminals" excludes non-African actors involved in the conflict. Thus, by excluding corporate liability, the Court implicitly assumes that violence is indigenous to the Third World and overlooks external factors that contribute to local conditions of violence. As a result, the Court, through international criminal law, places crimes as specific to third world countries and reproduces the neo-colonial narrative.

Introducing international corporate accountability to the ICC can be a way for it to counter criticism, give it a new lease of life and bring more legitimacy by creating an opportunity to correct the narrative of ongoing conflicts and the role played by some multinationals. States that criticize the Court have an interest in supporting this proposal, because instead of threatening to withdraw from the Rome Statute, African States should rely on international law and push for the introduction of an amendment to the Rome Statute that will extend the Court's jurisdiction to corporations.

The ICC is therefore a preferred jurisdiction. It could prosecute companies, and this should be the Court's next project. This issue, which has been ongoing since the negotiation of the Rome Statute, now finds a more favourable climate than in 1998. Indeed, the concept of corporate responsibility has since evolved considerably. The complementarity argument, once seen as an obstacle to corporate accountability before the Court, can be a means of positive cooperation between States and the Court on this issue, thus allowing States and the Court to control corporate litigation. However, while the prospect of corporate accountability to the ICC may appeal, the political and economic stakes associated with the interests of corporate headquarters states should not be underestimated. 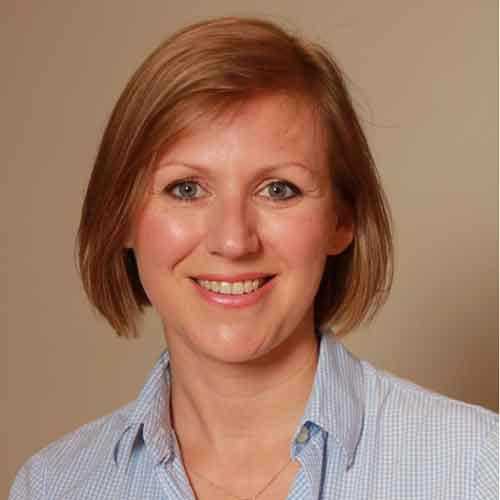 
Dr. Jelena Aparac is an academic and international law consultant. Her thesis was on "the international responsibility of multinational corporations for international crimes committed in non-international armed conflicts". She is an independent expert in the UN working group on the use of mercenaries as a means of violating human rights and impeding the exercise of the right of peoples to self-determination. Previously, Dr. Aparac worked as an international humanitarian law adviser for Médecins sans Frontières, both in the field and at headquarters.