In 1972, Daniel Banfi and Aurora Meloni escaped political persecution in their native Uruguay and moved with their daughters to Argentina. This occurred several months before the dictatorial coup in Uruguay in June 1973. In the relative security of exile in Buenos Aires, the Banfis started to rebuild their lives. But safety was ephemeral. Two years later, the night of September 13, 1974, a joint Argentine-Uruguayan police taskforce illegally arrested Daniel at his home. For 45 days, he was held in different clandestine prisons and subjected to torture. Six weeks later, the almost unrecognisable bullet-ridden bodies of Daniel and two of his Uruguayan companions, Luis Latronica and Guillermo Jabiff, were found partially buried in the fields of Buenos Aires’ province. Aurora and her two daughters immediately fled to Sweden under UN protection.

Daniel was one of the early victims of political repression in Argentina, well before the onset of the dictatorship there and its tragic legacy of desaparecidos. Daniel was also one of at least 571 victims that transnational repression meted out in South America in the 1970s under the code name Operation Condor. As discussed in a previous article, Operation Condor denoted a clandestine cross-border network that Argentina, Bolivia, Brazil, Chile, Paraguay, and Uruguay set up to facilitate political repression, and that was responsible for hundreds of human rights violations. 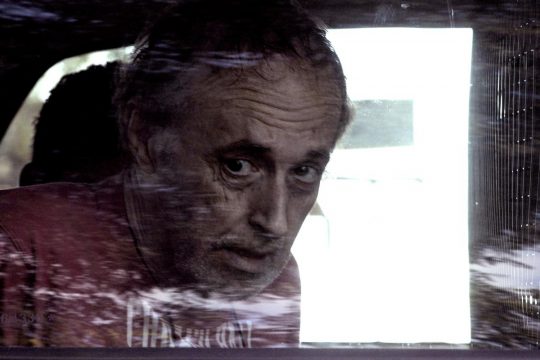 In the Footprints of Operation Condor

Seeking justice across the Atlantic

Aurora Meloni was one of the six women who originally filed a lawsuit in Rome, Italy, on June 9, 1999 against alleged perpetrators of the murders of their relatives. They had unsuccessfully exhausted all the domestic remedies available in Argentina and Uruguay, where amnesty laws and pardons prevented all judicial proceedings. Following the inspiring precedent of the 1998 Pinochet case and because Daniel Banfi and the other seven victims were Italian citizens, they decided to turn to the Courts in Rome, since the latter can probe political crimes committed against Italians abroad.

It took twenty years for victims’ families to reach their goal. After years of investigation, the first instance trial began in February 2015 and comprised three dossiers. One related to four murders committed in Chile between 1973 and 1976; the second encompassed Operation Condor, specifically 19 murders perpetrated in Argentina, Bolivia, Paraguay, and Brazil between 1974 and 1980; the third dossier involved 20 Uruguayans who were murdered in Argentina in 1978; it charged only Uruguayan Navy Captain, Jorge Nestor Troccoli, who had absconded to Italy in 2007 to evade prosecution in Uruguay.

On January 17, 2017, Rome’s Third Assize Court was the first in Europe to recognise the existence of Operation Condor and condemn eight high-ranking officers to life imprisonment for orchestrating the transnational terror network. However it acquitted 19 defendants, arguing that insufficient proof existed regarding their role in the murders. Soon after, an appeal was filed. The state prosecutor and families’ lawyers contended that the defendants, who had implemented different segments of the criminal actions under scrutiny, had to also respond for its concluding act: the assassinations.

The criminal responsibility of middle ranks

This led to a historical judgment in July 2019. The Appeals Court confirmed the life sentences dictated at first instance but it significantly reversed all but one of the acquittals, thereby additionally sentencing twelve Uruguayans, five Chileans, and one Peruvian to life imprisonment.

It took another six months to get to know the details of the findings of the court. Finally, on December 27, 2019, Rome’s First Assize Appeals Court released the full reasoning behind its July judgment.

The document spans 121 pages. It is a careful re-reading of all the evidence gathered in the case. TThe judges emphasised how Operation Condor had generated similar conditions across South America during the 1970s regarding political repression, with the region’s security forces closely exchanging intelligence and fluidly collaborating to capture specific political opponents. These practices rendered political asylum completely ineffective, since the repressive coordination allowed “to control the movement of exiles and arrest them, even outside their countries of origin.”

Challenging the reasoning of the first-instance court, the appeals judges stressed how repressive policies were implemented “with expertise, determination and resulted in a high number of victims.” Accordingly, the so-called intermediate-rank officers, “although they operated further down the hierarchy from the heads of state,… constituted their closest collaborators.” They in fact played significant roles within the intelligence and coordinating structures in conducting repression, “endowed with decision-making autonomy regarding operations, means, economic resources, and personnel.”

The appeals judges considered that the defendants knew their superiors’ objectives and were conscious that by gathering and analysing intelligence, conducting arrests, torturing and illegally detaining their victims, they were also contributing to achieving the final goal, namely their murder. Through a careful reconsideration of the evidence gathered, the judges were therefore satisfied that the intermediate ranks had in fact provided crucial contributions to committing the murders and should, consequently, be held accountable for that crime as well, as contemplated by the legal category of “complicity in a crime” (concorso di persone nel reato). For the judges, the victims’ detention in clandestine prisons constituted a “necessary step” to achieving the ultimate objective of murdering them.

“I can tell my grandchildren that justice was delivered”

After reading the legal grounds of the court’s decision, Jorge Ithurburu, president of the Italian human rights NGO 24 marzo, emphasized how the appeals verdict underscored the “conscious participation of the defendants in the plan that clearly envisioned the elimination of political opponents.” Andrea Speranzoni, who represented the Republic of Uruguay and numerous victims’ families at the trial, praised the appeals judges for their meticulous analysis of the wide-ranging documentation, which included hundreds of witness statements, archival records – especially from the newly opened archives of the Uruguayan Navy Fusiliers – as well as verdicts issued by Uruguayan criminal courts, in particular regarding defendant Juan Carlos Larcebeau. Lawyer Giancarlo Maniga, who had presented the original 1999 lawsuit, was optimistic that this verdict could “withstand any potential defence appeals at the Court of Cassation, thereby constituting the final word on the case.”

The Italian verdict is a testament to the relentless efforts by victims’ families and their lawyers who never faltered in their forty-year-long search for justice. The Italian proceedings are especially significant for Uruguay, given that the majority of both victims and defendants are citizens of that country. Hopefully, the appeals sentence will catalyse and re-energise existing criminal proceedings that have been paralysed for years in Uruguay.

Speaking at a press conference in Rome the day after the sentence was delivered in July, Aurora Meloni acknowledged the work of the lawyers and the public prosecution for embarking on a twenty-year-long struggle for justice on behalf of the victims. “Back then, we did not know that such a remarkable verdict could be achieved,” she said. “I can now tell my grandchildren that their grandfather was murdered, but that justice was delivered.” 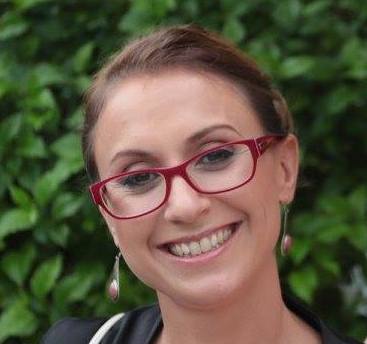 Francesca Lessa is Marie Skłodowska-Curie Research Fellow at the Latin American Centre, University of Oxford. She is also international consultant for the Observatorio Luz Ibarburu (Uruguay). Her most recent article “Operation Condor on Trial: Justice for Transnational Human Rights Crimes in South America” was published in the Journal of Latin American Studies last month.