The Kosovo Specialist Chambers (KSC), approved by the Kosovo Parliament in 2015, are touted as a new and more promising attempt at delivering justice for unpunished war crimes. A series of previous courts – the International Criminal Tribunal for the former Yugoslavia (ICTY), the UN Interim Administration Mission in Kosovo (UNMIK) panels, local courts and the European Union Rule of Law Mission in Kosovo (EULEX) – have tried, but largely failed to bring perpetrators of war crimes to trial. The promise of the KSC to correct previous failures stands in their attributes as a hybrid court. Part of the Kosovo judiciary, but situated in the Hague and constituted of international judges only, the Chambers represent a new type of hybrid court that is supposed to combine the strength of international tribunals with the benefits of local ownership. Their design, arguably, would enable the KSC to avoid ethnic bias, social intimidation and political pressure that have typically plagued war crime investigations in Kosovo.

Yet, as they await their first indictment, the KSC remain heavily contested inside Kosovo. The KSC’s critics point to key problems – ethnically-biased jurisdiction, fuzzy origins and the secrecy of their operation – as ‘birth’ defects that taint the Chambers’ goal to conduct impartial investigations. Such problems are particularly acute in the context of the ethnically-charged expectations that characterize post-war Kosovo, creating an inhospitable atmosphere for the operation of the new court.

From the very start, the idea of the KSC was heavily contested by Kosovo Albanians, given the basic document which informs their statutes – the 2011 Marty report. Specifically, the KSC jurisdiction encompasses the investigation of crimes against humanity, war crimes under international law and crimes under Kosovo law committed or commenced in the territory of Kosovo and relating to Marty’s report, which have been the subject of a two and a half year criminal investigation by the Special Investigative Task Force (SITF). All previous courts investigating war crimes in Kosovo have clearly established that most of them related to the use of excessive force by the Army of Yugoslavia and Serbian Police Forces. Yet Marty’s report focuses on and covers only acts by members of the Kosovo Liberation Army (the KLA) over a specific time period – between January 1, 1998 and December 31, 2000.

Given their specific focus, many in Kosovo see the KSC as a selective form of justice. In the words of Kosovo Albanian legal analyst Njomza Haxhibeqiri, “the KSC’s main shortcoming is their subject matter jurisdiction, which targets only KLA members, thus causing problems of being perceived as invalid from the Kosovo Albanians perspective”. A poll from April 2017 confirms that 76.4% of Kosovo Albanians believe it is unfair that the KSC will only prosecute war crimes and crimes against humanity associated with the KLA. As Haxhibeqiri further explains, “if the Law on the KSC expanded its scope from the Marty report to try crimes committed by others as well, it would first save itself a lot of trouble. In this way, it would have Kosovo’s support and it might indeed contribute to a full-fledged truth instead of concentrating on only a portion of it”.

Agon Maliqi, a Kosovo Albanian political analyst and blogger, warns that such a focus risks creating more resentment than justice: “The work of the KSC, if the prosecution is successful, could produce some sense of justice among the Kosovo Serb community and Albanians who were targets of the KLA. Yet, targeting only the perpetrators of crimes from one side will eventually feed […] a sense of injustice among the wider Albanian community.”

The issue of the KSC’s bias, however, depends on whom you speak to. “The perception that the KSC are established against Kosovo Albanians comes from those who fear that they might be tried and sentenced by this institution. These individuals who committed war crimes and gained substantial financial gains are calling upon ‘higher interests’ to avoid their own responsibility,” says Aleksandar Rapajic, a Serb activist working with AKTIV, an NGO. In his view, the role of the court is to determine individual not “group” responsibility. Individual responsibility, however, applies to all ethnic groups and it is not clear why only Albanians should be liable.

Poor evidence and the passage of time

The contestation of the KSC jurisdiction goes hand in hand with the poor quality of the evidence offered in the Marty report to back up its allegations against the KLA. The fact that previous local and international courts, which had expansive authority to investigate Marty’s allegations, failed to investigate or to win conviction for those crimes makes it challenging for the KSC to justify their one-sided mandate. According to Haxhibeqiri, “Marty’s report has been public since 2010. For five years, EULEX had the required time and the mandate to shed light on the alleged crimes […], however it did not”.

Leonora Aliu, a journalist reporting on the Specialist Chambers, points to another difficulty: the passage of time. “Almost 20 years have passed since the war, and all the institutions that launched investigations or charges for war crimes before the KSC were established had a better chance to bring war criminals to trial. There were more chances to find witnesses alive, with fresh memories, and evidence,” she says. “Therefore, this institution will be a bigger disappointment.”

As with almost every issue in Kosovo, Kosovo Serbs see it differently. “War crimes do not have a statute of limitations,” says Rapajic. “It is possible to conduct war crimes trials even after a long period of time. This gives us hope that cases that the KSC has the mandate to adjudicate will be processed and that the victims’ families will receive justice, despite the passing of time.” 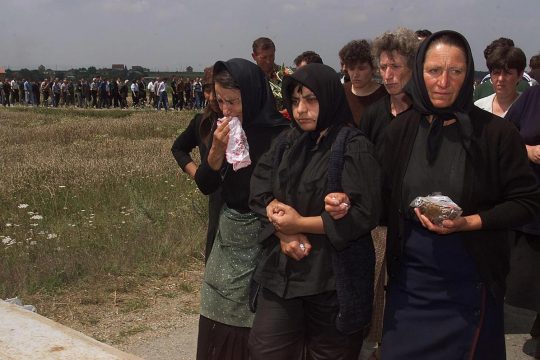 A court shrouded in secrecy

Since much of the scepticism confronting the KSC is a by-product of the failures of previous courts, the KSC need to publicise their case for offering a better solution. But the Kosovo public is largely in the dark about their scope of work and activities. As Maliqi explains, “the outreach has been extremely minimal. There does not seem to have been any effort to address perceptions about the selective nature of the court.” Haxhibeqiri confirms: “They do not even have an office in Kosovo, which could be considered odd. Even if the mandate was not biased, this distanced behaviour causes the population to see them as an external influence and not something driven from the inside. Their reactions remain inexistent and public appearances highly limited.”

The limited outreach allows for more misinterpretation and misinformation. According to Aliu, “each time a well-known former KLA leader goes to the Hague and comes back, he says in front of TV cameras nothing else but that this process is against the KLA and unfair. Right now, all that people know about the KSC is either what they hear in the news – mostly the heroic statements from former KLA members – or rumours. There is nothing concrete that would help people build a logical, realistic opinion about the KSC”.

The result is an inhospitable social and political atmosphere for the work of the Specialist Chambers. Unsurprisingly, a report from the Group of Legal and Political Studies, a non-profit public policy organization based in Pristina, concludes that the KSC outreach office needs to cooperate more with the Government of Kosovo, civil society groups and the international community in delivering a comprehensive and inclusive programme of public dialogue that would counter the general perception of this new court as an insult to the KLA, if not a conspiracy against its liberation war. 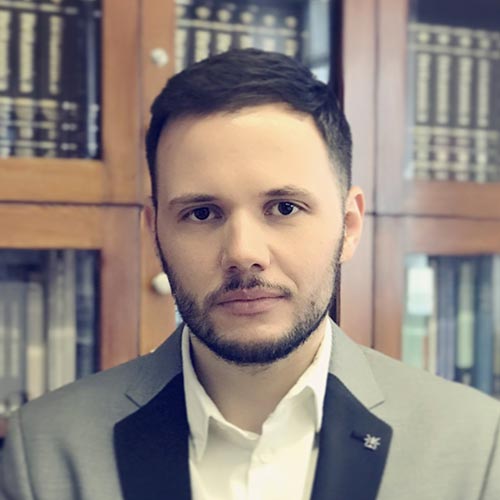 Meris Musanovic is a Legal Analyst at the Humanitarian Law Center (HLC), a non-profit organization in Belgrade, Serbia, that supports post-Yugoslav societies in the promotion of the rule of law and acceptance of the legacy of mass human rights violations. As part of the project “Building knowledge about Kosovo (3.0)” supported by the Kosovo Foundation for Open Society (whose findings will be published soon), Musanovic is conducting research concerning the work of the Kosovo Specialist Chambers. 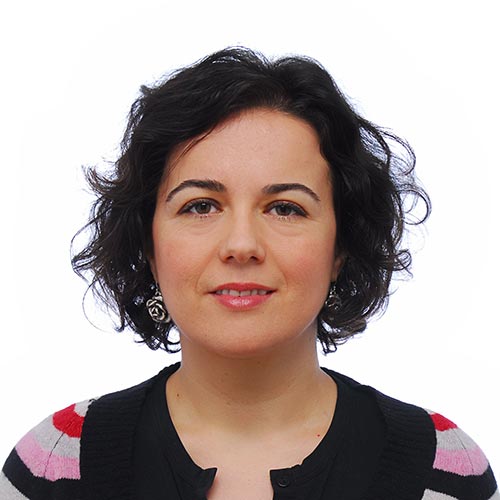 Arolda Elbasani is a visiting scholar at the Center for European and Mediterranean Studies, New York University. She has a PhD in Social and Political Sciences from the European University Institute, Florence. She has edited European Integration and Transformation in the Western Balkans (Routledge 2013, 2014) and The Revival of Islam in the Balkans (Palgrave 2015, with Olivier Roy), among other works. Her current research interests lay at the intersection of political Islam, democracy promotion, European integration and corruption in new democracies.