It is now seven years since my colleagues and I released the Final Report of the Kenyan Truth Justice and Reconciliation Commission (TJRC). With one minor exception, none of its many recommendations have been taken seriously by the government, much less implemented. None of the individuals identified as responsible for serious crimes, including some of the worst massacres in Kenya’s history, have been investigated, much less prosecuted or otherwise held to account. Few individuals, and none of those most responsible, have been prosecuted or otherwise held to account for the involvement in the Post-Election Violence of 2007-2008 that left over 1,000 dead, tens of thousands seriously injured, tens of thousands of homes and business destroyed, and hundreds of thousands displaced. In fact just the other day over 190,000 people displaced from that violence called on the Kenyan government to resettle them and implement the recommendations in the TJRC Report in order to prevent the possibility of election violence in 2022.

In May 2013 I did not have any illusions about the reception of our Report and the government’s commitment to disseminating it and treating its recommendations seriously. In the worst case, I hoped, the Report would lay dormant for a period of time – five years, ten years, twenty years? – but then be dusted off and taken seriously once the political environment had shifted sufficiently. My hope in that scenario was that there would still be something useful in our Report that would assist such an effort.

The truth as victims experienced it

Yet the passage of time inevitably dates our findings and recommendations. New violations have arisen; new information has come to light about past violations; priorities among victims and affected communities shift; a pandemic sparks a global economic recession. None of this means that the Report and its findings and recommendations are irrelevant. Instead they should be dusted off, reassessed given the current circumstances, and adjusted or rejected based upon the current priorities and political realities of victims and other relevant stakeholders.

The Final Report is over 2100 pages, divided up into six volumes. The last volume, just under 200 pages long, contains the Commission’s extensive findings and recommendations, including a reparations framework that was developed in close consultation with civil society. Close to 300 individuals are identified for further investigation and, if the evidence warrants, prosecution. The vast majority of the Report consists of a narrative of historical violations as told to us by the victims themselves. As with all truth commission reports, the narrative section is meant to tell the truth as victim’s experienced it, imbued with all of the passion, emotion, and context that, when combined with a life event, give our lives meaning. The findings are based upon those testimonies that make up the narrative, supplemented by our own investigations. They are the facts that we assert are true based upon a balance of probabilities.  Those findings, as well as additional information acquired by the Commission, informed the list of individuals we recommended be further investigated.

Dealing with all rights, not only political rights

The work of the TJRC, and our Final Report, include a number of important innovations and achievements with respect to the operation of a truth commission. First, we collected over 40,000 statements from individual victims, almost double the next largest number of statements ever collected by a truth commission. These statements were the product of an extensive statement taking operation that, at its height, employed close to 400 individuals. It was supported by the Commission holding over 100 public hearings, and numerous private hearings, in every corner of the country. In some places, people said that we were the first official body to ever come to listen to them and to take their concerns seriously. In others, there was suspicion, for we were visiting places that had been visited before – sometimes many times – by previous such commissions, including the Task Force that contributed to the creation of the TJRC. We assured people that we would be different. We promised them that we would make recommendations based upon what we heard, and that the government was legally obligated under our statute to take those recommendations seriously. We upheld our part of that promise. The government, unfortunately, did not.

Second, the Report includes an extensive discussion of socio-economic rights and their violation, including rights to health, education, land, housing, food, and water, as well as the effects of corruption. To better understand this aspect of our mandate, we developed focus-group discussions on socio-economic rights that we conducted throughout the country. In the Report we link those violations to the more traditional violations covered by a truth commission – the killings, tortures, rapes, massacres that are both the product of these violations of socio-economic rights, and that contribute further to their violation. The Report thus takes a holistic approach to human rights – rejecting the division some make between, on the one hand, bodily integrity and civil and political rights, and on the other hand, economic, social, and cultural rights.

An extensive discussion on women’s rights

Third, the Report includes innovative analysis of the rights of women and their violation. Many previous truth commission reports limited much of their analysis to sexual violence. The TJRC Report includes not only discussion of sexual violence (including its commission against men), but also an extensive discussion of socio-economic rights and women, including the feminization of poverty, disparities in employment, workplace abuse, lack of access to land, and reproductive health. In order to counter the historical reluctance of women to participate in truth commissions, we developed women-only spaces for dialogue in which over 1,000 women from across the country participated.

Of all of our recommendations, to my knowledge only one has been implemented. In 2015 President Kenyatta, on behalf of the Kenyan Government and the country, formally acknowledged and apologized for the history of violations suffered by most Kenyans, including the numerous massacres perpetrated by the state. Then-Chief Justice Willy Mutunga joined in apologizing for the crimes of the state, including numerous assassinations, even though he himself had been a victim of state abuse and had played a prominent role in combatting the extensive human rights violations committed by the Kenyan Government. While acknowledgment and apology are important, and thus formed part of our recommendations, without more concrete action they are easily dismissed as mere words meant to cover up, rather than address, violations.

Acknowledgement and apology must be combined with accountability and reparations in order to be credible and meaningful. President Kenyatta appeared to understand this when, in the same address in which he apologized to the nation, he announced the creation of a ten billion shilling (approximately US $100 million) restorative justice fund devoted to the victims of the 2007-2008 post-election violence. Yet that promise proved to be mere words, meant to emphasize the importance of the acknowledgement and apology, only to become yet another empty promise to victims from their government. Five years since that momentous announcement, no such fund has been created, and victims have not received any reparation for the violations of their rights, nor seen any accountability for those responsible.

Meanwhile a new process that was initiated with much fanfare in 2018, the Building Bridges Initiative, issued its report last year. This highly resourced exercise appeared to be designed to build bridges between the political parties and their elites, rather than an initiative to build a bridge between the government and its citizens. I cannot help but wonder what the citizens of those communities felt to have yet another visit by government officials, one that took up their time to yet again listen and speak, and that yet again said that something would be done, only to have nothing change.

Going back to local communities

What is the way forward? Some have called for the government to make the report publicly available and accessible. While I do not oppose such calls (more credible information and analysis is always a good thing), I do not think making a 2100-page report accessible to people struggling to meet their day to day needs (which is even more challenging in the wake of the global economic crisis triggered by the Covid-19 pandemic) will have much of an impact. Instead, Government should take up the broad thrust of the recommendations we provided in terms of reparations, justice and accountability. While some of the recommendations may be dated, they should be used as a guide to crafting government policy that addresses both historical and current injustices.

To this end, civil society can continue the heavy lifting it has already provided by critically analyzing the report and its recommendations to develop a list of priority recommendations. This priority list could be informed by further engagement with victims and relevant stakeholders to confirm whether what was originally recommended is still relevant today, and adjust accordingly. The different levels of priority could include a timeline for implementation of each, though the experience of the TJRC recommendations and those of many of its predecessors suggest that specific timelines are rarely, if ever, met.

Merely creating such a priority list is not sufficient, as our own experience illustrates. It is also necessary to build a political constituency with victims and other stakeholders that will adopt and adapt recommendations and translate those demands into political action. In other words, what is needed is a political process rooted within local communities, and not at the level of elites. Such a bottom-up approach will place the focus where it should be – on those individuals and communities who bore, and continue to bear, the brunt of historical and current injustices. The Report is not an end in itself. It was meant to be, and should be used as, a means to creating that political constituency, and engaging in a meaningful debate about the best way to address past injustices in a way that moves Kenya forward into a brighter, more democratic, more just, society. 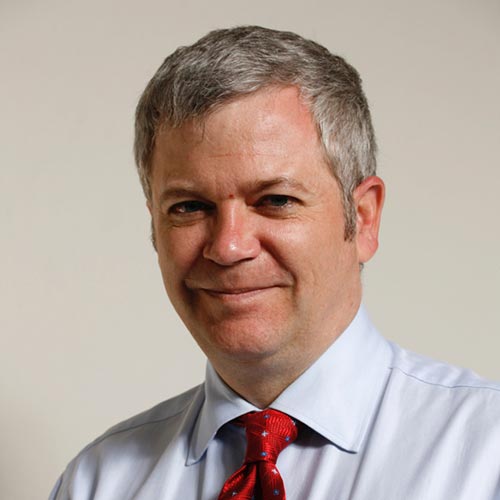 Ronald C. Slye is a Professor of Law at Seattle University. He teaches, writes, and consults in the areas of public international law, international criminal law, transitional justice, and international human rights law. From 2009 to 2013 he served as one of three international Commissioners with the Kenyan Truth, Justice and Reconciliation Commission. His most recent book is The Kenyan TJRC: An Outsider’s View from the Inside (Cambridge University Press).