All eyes have been on the protests and calls for police reform in the U.S. and Europe in recent weeks, but the public’s trust in policing institutions is at an all-time low in many countries around the world. The police are the gatekeepers of the criminal justice system. They are the physical manifestation of the social contract, and as such the level of trust between the people and the police is a litmus test for the state of democratic development in a society.

The decline of public trust in security institutions in general – police and military - has been a worrying trend, and it seems this crisis might just prove to finally be the catalyst for much-needed reform. Countries that have made the transition from conflict to peace, with effective rule of law and democratic control, have learned that an accountable system of security and justice is the foundation on which political, social, and economic development depends.

As such, the current debate around ‘de-funding’ the police should not centre on questioning a society’s need for policing, but rather on whether the expected role of the police - as an institution of last resort for all of society’s problems - is really effective or sustainable. Over time, the traditional mandate of the police - maintaining public order and safety, enforcing the law, and preventing, detecting, and investigating criminal activities - has been expanded to compensate for shortcomings in political and economic systems and civic engagement. And therein lies the problem.

Practice at home what we preach abroad

Police reform, like reform in all areas of the security sector, is as much a political and social challenge as it is a technical and legal one. It is time for western countries to practice at home what they have been preaching for decades to countries in the so-called developing world. The same development and security assistance programmes supporting reform in the global south, for instance, could provide guidance and good practices for police reform in countries in the west.

Forged in the fires of experience and tested over long periods of time, the principles that guide such reforms are well known. They have been enshrined and reinforced in policies and official statements by no less than the United Nations, the European Union, and the African Union.

Firstly, police reform needs to be a political priority and commitment, internally owned and locally defined. While change must be based on a strong political commitment, police personnel themselves must also recognise the need for change and own it. And the public needs to have a part in identifying priorities for reform, including how the police are structured, resourced, mandated and held to account.

We commonly find that in less mature policing environments the public policy discussion on policing remains more limited or even monopolized by the police themselves with limited civilian input. The common excuse for limiting the open debate is that policing is a complex subject matter that is poorly understood by non-policing experts; yet, the type of policing agencies we want in our communities must fundamentally remain a public policy issue that is thoroughly consulted and collectively developed with all spectrums of society.

In Ethiopia, where lack of police accountability has been a source of contention in many communities, the Government has pursued extensive consultations with local communities, academics, police experts, civil society, and a range of political parties across all parts of the country as part of the development of a revised national policing doctrine.

In other contexts, for instance in Liberia or Gambia, governments have conducted public perception surveys to understand the extent to which police are trusted in the communities and to identify which parts of a community, for instance specific gender or ethnic groups, have a particularly challenging relationship with the police or other security institutions. Such consultations allow policy makers to shape the police reform process based on the views and needs of specific communities. If perception studies are carried out in regular intervals, they can serve as an important tool to understand whether reforms have had the intended result.

Secondly, if the potential for abuse is to be reduced, increasing police effectiveness needs to be balanced with appropriate accountability mechanisms. This is usually where police reform fails. The focus is too often on providing training and enhancing equipment, without putting in place the institutional safeguards necessary to ensure that this acquired capacity is used appropriately.

Thirdly, police reform is a systemic process anchored in the social contract between the state and the community and has repercussions across the whole spectrum of security and justice institutions. Policing does not occur in isolation; it needs to be understood within the social, economic, and political context, and as part of the wider criminal justice and governance system.

Policing by consent or police as a coercive force?

In view of the recent protests, the evolving role of police institutions, and emerging findings from DCAF – Geneva Centre for Security Sector Governance’s long-standing work on police reform in many regions of the world, reformers in the U.S. and other western countries are facing four key issues.

One is demilitarisation. The division of roles and responsibilities of different security institutions has often been an issue in countries in transition to democracy, yet we have also witnessed a trend towards militarizing the police in the developed world over the last two decades. This is partly due to the easy availability of surplus military equipment, sourcing of police personnel from the military, and use of the military for internal security, but it is equally due to a change in policing tactics, philosophy and approach. What is clear is that this trend has moved the police away from the idea of service – of policing by consent – and reinforced the perception of the police as a coercive force.

Another issue is inclusiveness. To be effective, the police need to have the public’s trust. The first step is to ensure the police are representative of the society that they serve, which usually implies greater diversity of ethnicity and gender in the upper ranks. This needs to be coupled with confidence-building measures and inclusive dialogue on policing needs, in particular involving social groups who are vulnerable, suffering from gender, cultural, or socio-economic discrimination.

Why social change is required

One more challenge is to have multiple levels of accountability. Experience has shown that this is needed to ensure the integrity of a policing system.

Both Sierra Leone and Northern Ireland provide good examples of where reforms targeted the creation of multiple levels of accountability, as a means of building integrity within policing and bridging the gap in trust with the population. Based on a comprehensive approach to oversight and the development of integrity plans, codes of conduct, complaint mechanisms, disciplinary procedures, a clear break with the past was possible. This was reinforced through parliamentary oversight, local community consultative bodies and other external mechanism such as the creation of an ombuds institution, policing boards and the provision of greater access to information. In the western Balkans, but also in many other countries across all continents, similar reforms have included a focus on strengthening the role of civil society in overseeing work practices of the police.

The last issue is responsiveness to social change. Police institutions, like other security and justice structures, are a product of a country’s history, its unique political system, and the cultural it upholds. So, while the principles of reform transcend the context, no two policing systems are the same, and change must reflect social and cultural norms. A change in the approach to policing does not just require political change, but in most cases also some social change.

It is about systemic change

The recent demonstrations and protests against police brutality mark a tipping point and it is not only policing that is at risk. In some contexts, important democratic values are also being challenged. Until we accept the need for systemic change, civil unrest and protests against the police will likely continue. The further erosion of trust between the police and the people they are meant to serve will weaken the social contract. Policy makers need to accept that this is not about a few bad apples who behaved inappropriately. It is about the way in which police institutions operate and how they are held to account. The public deserves it, and democracy depends on it. 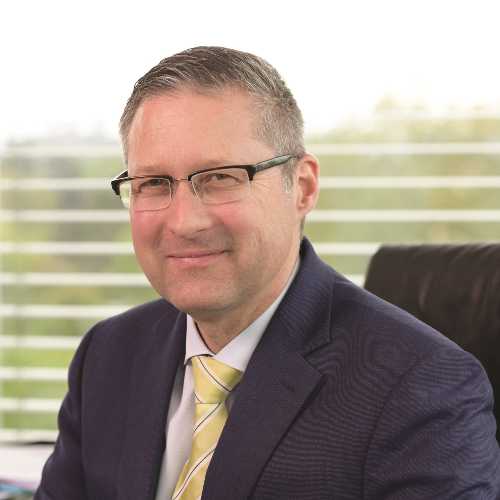 Thomas Guerber is the director of DCAF – The Geneva Centre for Security Sector Governance. From 2010 to 2013, he was Switzerland's Deputy Permanent Representative to the United Nations in New York. He has held various functions within the Swiss Department of Foreign Affairs' Human Security Division, including Head of Section for Peace Policy and Human Security. He has been director of DCAF since 2016.

Copy this HTML into your CMS
Press Ctrl-C to copy
International : Related articles
Trying Russian leaders in absentia: What would be the pros and cons?
David Van Reybrouck: "The fight for decolonization can’t be detached from the fight against global warming"
Most read
Did Christopher Columbus commit genocide?
Everything you need to know or argue about a special tribunal on Russia’s crime of aggression
Opinion - Related articles
Colonial racism catches up with Amsterdam Rijksmuseum
In Finland, Sámi rights take central stage in national politics