“Your mission, should you decide to accept it…” Ten expert historians, political scientists and lawyers were contacted at the beginning of the week for an almost impossible mission in Belgium. Their first task will be to present by October a situational analysis, no less, of historical events during colonisation, pointing to what people already agree on and what is still controversial. The experts will work with four members of associations representing the three victim communities. The experts are to shed light on human rights violations, racism, institutional segregation, structural violence, forced labour and other abuses committed under Belgian colonial rule in Congo, Rwanda and Burundi, and also point to grey areas.

The parliamentarian special commission made public its objectives: to shed light on the independent state of the Congo (1885-1908) and on Belgium's colonial past in the Congo (1908-1960), Rwanda and Burundi (1919-1962); to examine the structural impact that colonization had on these countries; to measure its economic impact; and then make recommendations on how to deal with this dark chapter of history and offer proposals for reconciling peoples and protecting archives.

"We know the truth about the history of colonization, or at least what has been written in articles and books,” says Simon Moutquin of the Ecolo-Groen group in parliament and a member of the new commission. “The principle here is that all these truths described by these authors can be recorded in a report and presented to politicians. “The role of the expert group is to prepare the work of the commission,” he continues. “They will put to paper the known fundamentals and historical consensus on colonization, but they will also mention the grey areas, the aspects on which they disagree among themselves, the historical gaps. We will then know we need to hold hearings, for example, on these points.  It's really an inventory of the whole historical aspect, including what has been done in terms of reconciliation in other countries with a colonial past."

Who will make up this group of experts? The question is already controversial. Some contest the list because none of the candidates cited come directly from Central Africa, others because the voice of the victims is not central. It is also controversial because of an appeal on archival issues to the Royal Museum for Central Africa in Tervueren – an institution that for years presented the Congolese, Rwandan and Burundian populations as inferior to the Belgians. However, in setting up the commission, the House of Representatives provided that it "may review the composition of the team of experts as it sees fit," following the first report.

"Whatever happens, these experts have a mandate until 1 October. What happens after that will be decided by parliamentarians. That is to say, there may very well be other experts who will be heard and other experts appointed after 1 October to coordinate the commission," says Moutquin. To date, a provisional list has been drawn up, with some candidates having not yet confirmed their participation and others having declined to participate.

Representatives of associations mentioned are: Anne Wetsi Mpoma de l'asbl Bamko and Suzanne Monkasa of the Platform of Women of the Congolese Diaspora in Belgium; Tracy Tansia of Mamas for Africa; and Geneviève Kaninda of the Collectif mémoire coloniale. 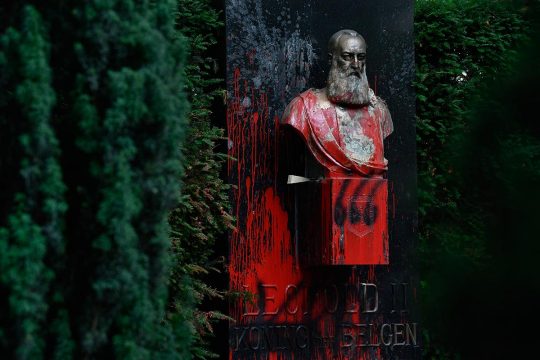 Belgium wants to confront its colonial past

A potential commission of inquiry?

This "special commission" could therefore get to the heart of the matter as early as the autumn. It has been created for a minimum of one year and without a defined budget for the moment. A special commission has the possibility of hearing witnesses on a particular issue. "It is a commission that has political power but not judicial power. But if we see, for example, that there is a problem accessing archives, we could decide to turn it into a commission of inquiry," says Moutquin. In that case, he adds, its members would have prerogatives close to those of an investigating judge, including the power to order searches or orders compelling a witness to appear.

"Ideally we would reach conclusions by June 2021, for the 61st anniversary of Congo's independence, but we don't want to limit it to one year for fear that the work won’t be good enough --  because the work is huge," explains Moutquin, who was one of the signatories of a proposed resolution used by the new commission to define its tasks.

Copy this HTML into your CMS
Press Ctrl-C to copy
Belgium : Related articles

Universal jurisdiction: what can Belgian justice bring for Guatemalan victims?
Most read