“An illegal charcoal cartel is helping to finance one of the most prominent militias in central Africa and destroying parts of Africa’s oldest national park,” warned Holly Dranginis in a June 2016 report by American NGO Enough Project. She was speaking of the Virunga National Park, a UNESCO World Heritage site. “Nursing alliances with Congolese army and police units and operating remote trafficking rings in the sanctuaries of Congo’s protected forests, the Democratic Forces for the Liberation of Rwanda (FDLR) is a kingpin in Africa’s Great Lakes region’s organized crime networks and a continuing threat to human security.”

And it had already been going on for a long time. “For years, the group has helped sustain its activities by exploiting valuable natural resources, including minerals, ivory, fish, and marijuana,” says the report. “But one of the FDLR’s most successful revenue-generating businesses is the illicit charcoal trade in the Democratic Republic of Congo’s cherished Virunga National Park.” Four years after this report was published, the immense natural reserve is still being plundered. Some warlords operating in North Kivu still run huge networks trafficking in charcoal obtained from the illegal felling of trees in the park.

The clearance of forest to produce charcoal is a major threat. Charcoal, known locally as “makala”, is massively consumed by the inhabitants of Goma, Beni and Butembo [three towns in northeastern DRC],” explains Belgian anthropologist and primatologist Emmanuel de Merode, who is director of the Virunga National Park. “To a lesser extent, wood is also used for carpentry and construction.”

Frenchman Jean-Sébastien Peillet worked in the DRC from 2014 to 2016 for the United Nations Development Programme (UNDP) as an international expert on crimes against humanity. "Those doing the trafficking are the FDLR, with the complicity of some in the FARDC (Armed Forces of the DRC),” he says. “It’s the FDLR that runs the business, with the involvement of local Rwandan language speaking populations. Trafficking is not necessarily very organized, except at the level of the FDLR. The Congolese involved are known," he affirms.

Makala [charcoal, in local languages] is mainly sold in Goma, says Peillet. “The makala trade in the region is worth $50 million a year, half of which comes from this illegal trade. The money made from this trade is enormous. Despite the efforts of ICCN [Congolese Institute for the Conservation of Nature, responsible for conservation of protected areas], the population does not understand the risk. That is why it’s so catastrophic.”

According to Emmanuel de Merode, this criminal activity also targets the region’s rich wildlife and fish. “The shores of Lake Edward harbor many armed groups,” he says. “They extort money from legal fishermen, or they fish themselves, using techniques that cause serious damage to the environment. At the same time, armed groups slaughter hippos and other large mammals, either consuming or selling their meat.”

Peillet agrees that Lake Edward is also a big issue. “A group of Mai-Mai [Congolese militiamen] is overfishing there, collecting taxes with the complicity of certain state services. They are doing this even where the fish are supposed to reproduce. There is a lot of poaching, especially of hippopotamus and antelope, whose meat is highly prized.”

Some cases, mainly referred by the ICCN, have been brought before the Congolese justice system. These have mainly been against members of the Armed Forces, over whom the country’s military tribunals have jurisdiction. These military tribunals are doing pioneering work in a difficult context.

The judicial authorities do not have figures on the number of cases tried to date, but they include one involving a senior Congolese army officer and some of his men. On January 29, Colonel Liwenge Eboko and his group were each sentenced to 16 months in prison for "environmental crime", according to Olivier Ndoole, coordinator of the Congolese Alert for the Environment and Human Rights (ACEDH), a local NGO that campaigns for the protection of the Virunga Park. "This is a historic conviction. It shows that wildlife protection also concerns the military,” says the Congolese lawyer. “Liwenge was commander of the Kibumba Regiment, which held an important position to prevent entry into the park. His men committed acts of poaching and he knew about it but did nothing to punish them. He did not take the necessary steps to prevent his soldiers from committing these crimes."

The military justice system welcomes these prosecutions. "When officers saw some of their colleagues being prosecuted for failing to prevent their men killing wild animals, they pledged to protect wildlife,” says Major Williams Mulahya Hassan of the military prosecutor's office in Goma, the provincial capital of North Kivu. “The ICCN will tell you that we punish these crimes severely." According to this prosecutor, the military court currently has four cases in the preliminary phase, but he declined to give details.

Political pressure and lack of resources

Ndoole says these cases include one involving another senior officer, Colonel Masudi, accused of charcoal trafficking. "The case is still under investigation at the level of the military prosecutor's office. We are waiting for a decision on whether it will go to trial,” says the lawyer. “It’s a case that concerns the destruction of the flora, particularly the trafficking of makala, which is the biggest criminal activity in this part of the park. It’s a crime that involves the armed groups with complicity of the armed forces."

Peillet welcomes the "few trials" conducted to date but finds the sentences light and therefore not dissuasive enough. He also says that investigators are afraid to question certain personalities. "The investigations have remained superficial, probably so as not to disturb high-ranking personalities in the region or in Kinshasa,” he comments. Observers say there is political pressure but also, as for the whole Congolese judicial sector, a lack of resources. "Our big difficulty is the logistical means to get to the field so as to properly document the crimes,” says prosecutor Hassan. “Virunga is vast, we need the means to investigate these crimes." In addition, according to Peillet, some magistrates do not have enough knowledge of recent laws and there is above all "endemic corruption" throughout the country.

Ndoole too notes that "Congolese judges are not sufficiently trained on this type of crime. [They] do not have an in-depth knowledge of national and international laws on environmental crimes. There is a need to raise awareness, mobilize and build the capacity of judicial actors in law enforcement.” He also blames the International Criminal Court (ICC) -- which has been looking into this region of the DRC for the past 17 years -- for having forgotten environmental crimes in its prosecutions. This "green lawyer" points out that environmental crimes were not included in the case of FDLR leader General Sylvestre Mudacumura, who was wanted by the ICC but killed in 2019.

This is despite ICC Prosecutor Fatou Bensouda’s announcement in a September 15, 2016 policy paper that her office “will give particular consideration to prosecuting crimes that are committed by means of, or that result in, inter alia, the destruction of the environment, the illegal exploitation of natural resources or the illegal dispossession of land”.

Ndoole says "there is little sensitivity despite the seriousness of the situation and the calls for climate urgency in the world. Foreign armed groups have a great responsibility in the commission of crimes against nature and they do so with impunity at the national and international level. The crimes against nature perpetrated by the FDLR and ADF [an armed group of Ugandan origin] are beyond comprehension and require a specific judicial response.” 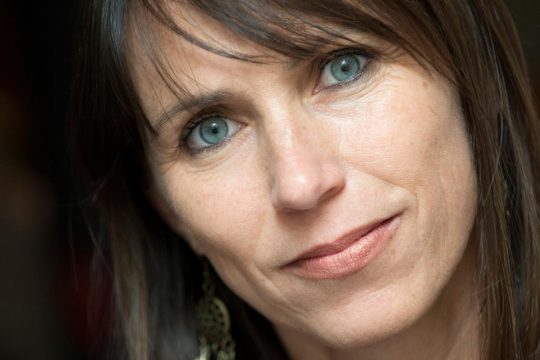 Valérie Cabanes: icc should recognize the crime of ecocide

He thinks special courts should be set up. "It’s possible that lobbying can bring legal reform to create specialized courts on land and environmental issues," he says. "Given the international environmental movement and the magnitude of these crimes, current mobilization by civil society and other environmental actors could provide the impetus for legal and institutional reforms capable of providing judicial responses to this situation," he argues. He sees an encouraging sign in the birth, particularly in North Kivu, of "circles of magistrates and other actors in the military and civil penal chain who are sensitive to crimes against fauna and flora and who, despite the area’s lack of scientific expertise, are trying to create environmental jurisprudence.

However, Emmanuel de Merode stresses that trying and convicting people will not be enough. He believes that any solution must involve improving the living conditions of the populations living near the park, who sometimes have no choice but to cooperate with these armed groups or destroy the park themselves to ensure their survival. And Peillet stresses the point: "We must remember these are people who survive on less than a dollar a day."