Sweden finally seems willing to confront the abuses committed against its minorities over centuries. A Truth and Reconciliation Commission has been at work since June 2020 for the Tornedalians, a minority of Finnish origin, while at the end of September or early October the Sami Parliament would launch a preparatory phase for the opening of a second truth commission.

“With the truth commission, we’re not there yet,” says Matti Berg, a Sami MP leading a working group in the Sami Parliament (Sametinget) on the truth commission. “We’re going to start by examining the conditions for establishing such a commission. First we will talk to the inhabitants of Sapmi (Lapland), from north to south, and discuss what mandate we should give such a commission. Because we are doing this for the people, for the Sami, not for politicians or the Sami Parliament.”

“If the Truth Commission project only serves to shed light on history, it makes no sense to us,” says reindeer herder Anders Kråik, a Sami MP in the four-member working group with Matti Berg. “We need to strengthen our rights and give the Sami influence over decisions on Sami lands, instead of being told to go to court if there are disputes with mining companies.

A Truth and Reconciliation Commission for the Tornedalians and a planned commission for the Sami, these ideas have long been maturing in Sweden. They are rooted in the work of the Lutheran Church in the early 1990s to include the Sami in parish life at a time when the Church was preparing to separate from the State. This was done in 2000. In the wake of that, the Sami youth organization Sáminuorra launched a first project in 2007 to work for a truth commission, but without immediate success.

Momentum increased in 2012 when the Church launched a “White Paper Project on the Church of Sweden and the Sami”. This report, containing two volumes of 1,200 pages, was published in April 2016. Written by several dozen academics, the White Paper reviews the role of pastors, who helped Sweden’s colonisation of Lapland from the 17th century onwards, fighting against the beliefs of the Sami – shamanism was fought as a manifestation of evil – and forcibly converting them to Christianity.

This White Paper pointed to a lack of profound questioning of the Swedish state, whereas Sami and international bodies like the Council of Europe and the UN rapporteur on indigenous peoples regularly criticise Sweden for failing to ensure that the rights of the Sami in Lapland are respected. The reindeer husbandry practised by the Sami is increasingly threatened by industrial activities developed without consulting them.

This White Paper also marked the start of reflections by the Sami and the Tornedalians concerning justice for abuses they have suffered or are still suffering. The Tornedalians, who were quicker to initiate the process, are a less visible and less well-known minority. They were granted national minority status in 1999 at the same time as the Sami, Skogfinns (or Swedish Finns), Jews and Roma, while their languages – Meänkieli, Sámi, Finnish, Yiddish and Romani – were recognised as minority languages.

For the Tornedalians, the idea of a truth commission was born in 2016, at the initiative of their Federation. The Ministry of Culture funded a preliminary study, published in 2018. It explains how the Swedish state, from the 1880s onwards, practised a policy of forced Swedish-ization. It was not until 1957 that the ban on speaking Meänkieli at break time was lifted in Swedish schools. Measuring skulls, one of the most blatant expressions of the eugenics policy practised in Sweden from the 1920s including on the Sámi, was practised until 1951.

Since 11 June this year, the Truth and Reconciliation Commission for the Tornedalians, Kvenes and Lantalainen has been in place. It is composed of two historians, a linguist, a minority lawyer from the Swedish Lutheran Church, a researcher in international law and two members of the Tornedalian community. Headed by Elisabet Fura, former Chief Ombudsman of the Parliament and judge at the European Court of Human Rights, the commission is to report on its work by 16 May 2022.

The commission is to examine the policy of assimilation and its consequences for the minority, groups within the minority and individuals, disseminate information about their history and submit proposals to help bring about reparation and promote reconciliation.

In 2016, the Sami Parliament published a report on Sami mental health, at a time when there were a high number of suicides among young reindeer herders feeling they had no future and seeing their land eaten away by industries. Many Swedes see their country as being of one people, one culture, one history, one language. Not so for the Samis. They are an indigenous people who benefit from this international status, the only indigenous people in the European Union, present in Norway, Sweden, Finland and Russia, with a population estimated at over 100,000. While reindeer husbandry is the hallmark of their culture, only ten per cent of them make a living from it.

Sweden’s Sami Parliament, set up in 1993 to represent the kingdom’s 20,000 to 30,000 Sami (out of ten million inhabitants), organized a round table at the end of 2016 with experts from truth commissions such as Peruvian Eduardo Gonzalez Cueva and Austrian Gerhard Baumgartner. From this consultation came the Sami demand, which proceeded in stages: in June 2019, the Sami Parliament of Sweden sent a request for support for a preliminary study on the establishment of a Truth Commission. In spring 2020, the government allocated SEK 1.2 million (EUR 115,000) for this study. 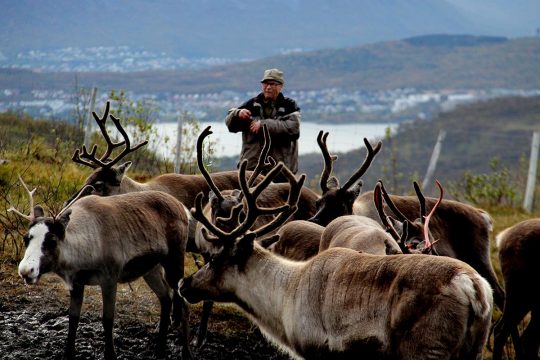 “There is a lack of knowledge of history that also contributes to the racism we see in Sweden today,” says Swedish Culture Minister Amanda Lind, a member of the Greens. “The government must take responsibility for the injustices that have been committed. We are aware of international criticism that we are not living up to the conventions. This is why, independently of this commission, we are working, for example, to improve access to the Sami languages and procedures for consulting Sami bodies when projects affect them.”

In fact, there have been numerous court cases in recent decades pitting reindeer herders against mining companies, farmers or forest owners, and even recently against the State in a high-profile trial on hunting and fishing rights, where for the first time the Sami won before the Supreme Court. All these trials have over time undermined the situation of the Sami on what they consider to be their territory, even as the same Swedish state is supporting indigenous populations elsewhere in the world. This has led to accusations that the Swedish government has double standards.

“For the Sami, the current process is only about a truth commission, it is a first step, and it is a wish of the Sami themselves,” says Lind. The reconciliation aspect, she says, will come later, depending on what emerges from this first phase. “Setting up a commission is a Swedish speciality for burying difficult issues,” says Matti Berg. “We’ll see, but we’re part of the answer, so it’s up to us to make sure this commission serves a purpose.”

3 min 1
France/Algeria: towards a "truth and memory" commission?