Election of the ICC Prosecutor: Here is your vote!

This article, initially published on 7 December (including a voting form open until 11 December) was updated on 14 December, when the results of your votes were announced.

The event only takes place every nine years. The third Prosecutor of the International Criminal Court (ICC) is to be appointed this month by the Assembly of States Parties meeting in New York. The election process has been chaotic and there is uncertainty as to who will be the winner. There are nine candidates to run for the post for the next nine years. Each of them was interviewed publicly. These hearings are available online on the ICC website. Justice Info believes it is important to understand the geographical origin and distribution of votes within its readership, which is made up of both experts and populations affected by the crimes dealt with by the future Prosecutor. We have therefore decided to give you a chance to vote.

The results of your votes

From Monday 7 to Friday 11 December, you voted for your favourite candidate. Thank you to all participants!

Here are the results synthesized in an infographic.

This people’s vote is unofficial. Only States Parties to the ICC have the right to vote. It is organised by secret ballot. Justice Info only knows two things from you: your choice of candidate and your geographical origin (if you mentioned it). Online voting was open from Monday 7 December to Friday 11 December at 12 noon (time zone: GMT+01.00 - Central European Time).

Below is a short biography of each of the candidates, prepared by our contributor in The Hague, Stéphanie Maupas. 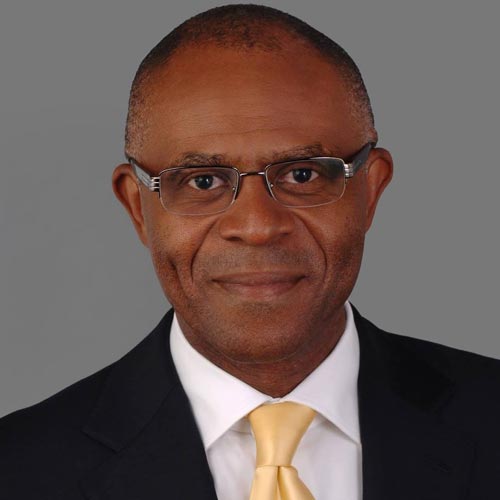 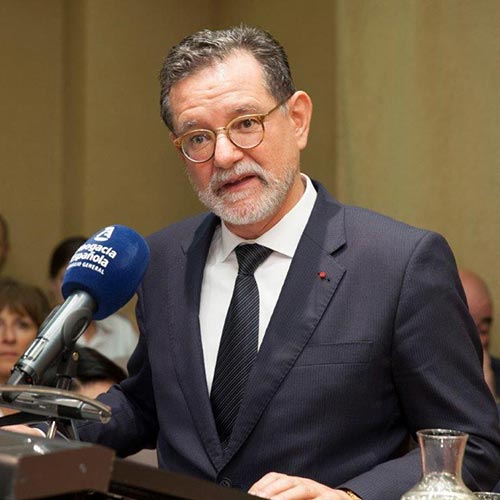 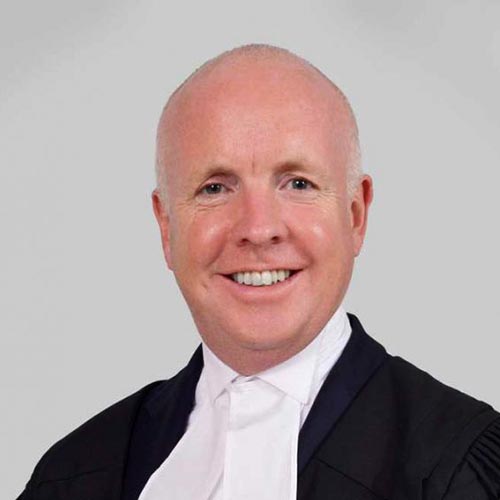 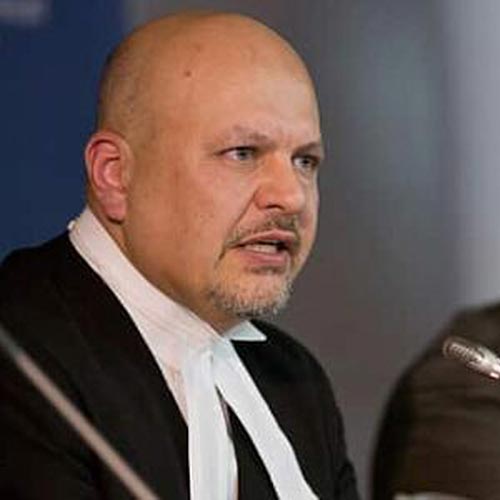 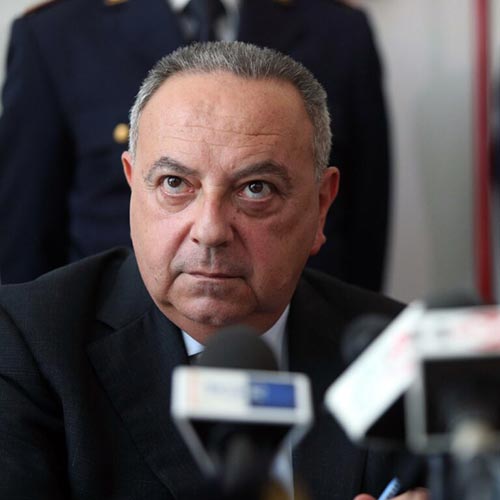 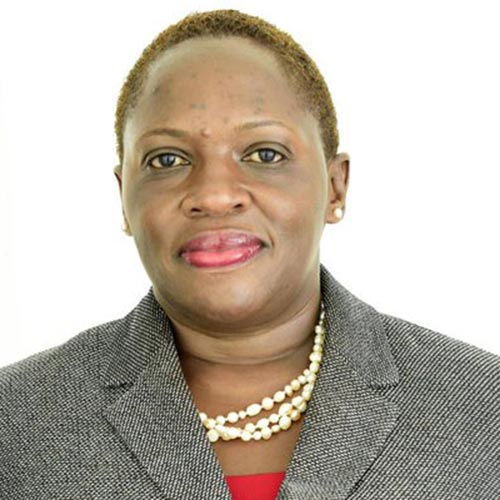 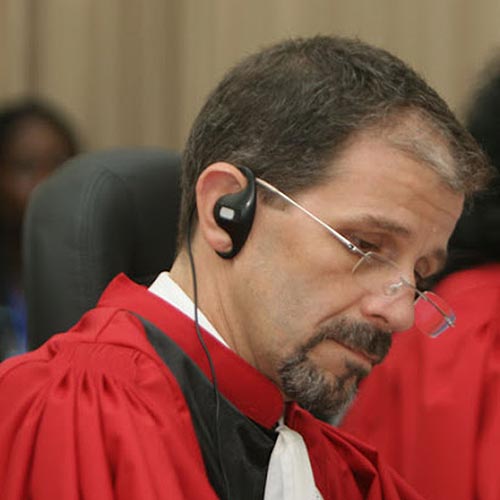 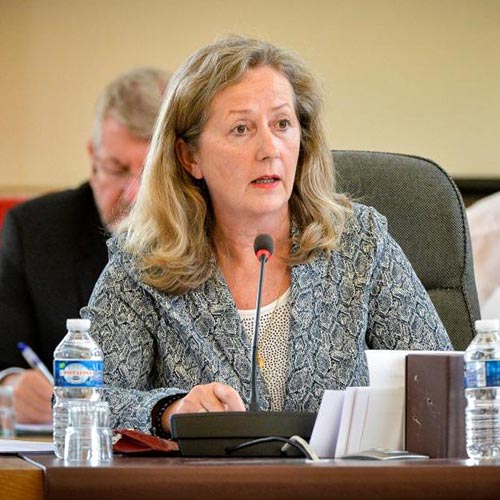 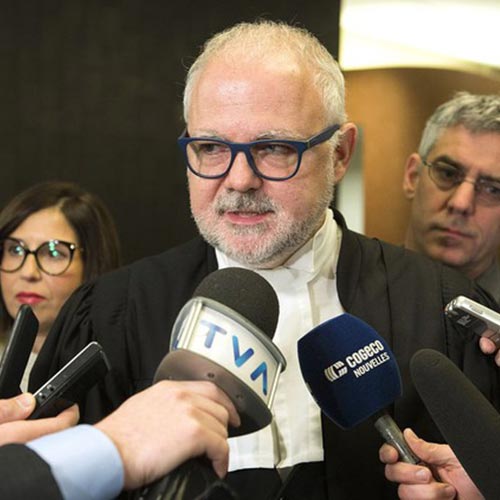 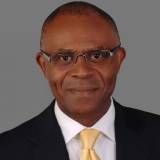 Morris Anyah
Morris Anyah is a lawyer in Chicago, US, where he began his career in 1994. In 1999, this 51-year-old Nigerian-American joined the Office of the Prosecutor of the International Criminal Tribunal for Rwanda, where he worked on the appeals cases of former Rwandan Prime Minister Jean Kambanda and former mayor Jean-Paul Akayesu. He also worked for the UN Tribunal for former Yugoslavia, joining the appeals team in the Celibici case and then the prosecution of Serbian general Stanislav Galic. In 2002, Morris Anyah returned to work as a lawyer in the United States, until March 2007 when he was appointed co-counsel for former Liberian President Charles Taylor before the Special Court for Sierra Leone. He was lead counsel in Taylor’s appeal case. From August 2011 to November 2012, he represented 233 victims of the 2007-2008 post-election violence in Kenya in the case brought before the International Criminal Court against former minister-turned-president Uhuru Kenyatta. 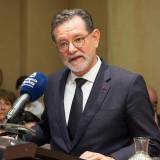 Carlos Castresana Fernandez
is now a prosecutor at the Court of Auditors in Spain. Two key events marked the career of this 63-year-old magistrate. In March 1996, he signed a complaint by the Progressive Union of Prosecutors against the Argentinean junta; then, four months later, another against Chilean dictator Augusto Pinochet. In 1998, Judge Baltasar Garzon issued an arrest warrant for Pinochet, who was visiting London at the time. This episode triggered numerous other prosecutions in European courts against alleged perpetrators of mass crimes. At the time, Carlos Castresana was head of the anti-corruption prosecutor’s office, bringing down the president of the Atletico Madrid soccer club and prosecuting Italian Silvio Berlusconi for tax evasion and antitrust violations. In 2007, he was appointed by the United Nations to head the International Commission against Impunity in Guatemala, which was slowly recovering from 36 years of civil war. He led a team of 200 investigators, prosecutors, and analysts, and was responsible for the arrest and conviction of 139 people. 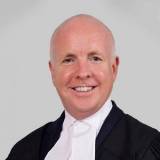 Fergal Gaynor
Since March 2020, Fergal Gaynor, 48, has been a substitute co-prosecutor at the Extraordinary Chambers in the Courts of Cambodia (ECCC). Since September 2020, he has been in the pool of judges of the Specialized Chambers for Kosovo. He is also the victims’ representative on the Afghanistan and Palestine cases before the International Criminal Court. This Irishman began his adventure in international justice in 2001, when he joined the Tribunal for the former Yugoslavia. In 2008, he was Deputy Prosecutor in the Butare trial at the International Criminal Court for Rwanda. He returned to The Hague the following year, following the arrest of Bosnian Serb leader Radovan Karadzic. In 2012, Fergal Gaynor represented victims in the Kenyatta case before the International Criminal Court. Then, in 2015 and 2016, he was Senior Deputy Prosecutor at the ECCC. Between 2017 and 2019, he led a team of analysts and investigators at the Commission for Justice and Accountability (CIJA), a private organization investigating, among other things, the mass crimes of the Assad regime in Syria. He also conducted a study for a "donor government" on the feasibility of investigating crimes committed by the Burmese army against the Rohingyas. 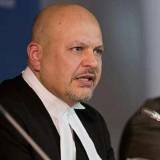 Karim Khan
Karim Khan, 50, leads the UN investigation into Daesh crimes in Iraq (UNITAD), established by the UN in 2018. The British lawyer joined the office of the prosecutor of the tribunals for the former Yugoslavia (ICTY) and Rwanda (ICTR) in 1997. In 2001, he moved to the other side of the courtroom, defending an accused before the UN court on serious crimes in East Timor, as well as Bosnian and Bosnian-Croat officials before the ICTY. He was counsel for Charles Taylor, who was tried by the Special Court for Sierra Leone in a case beginning in 2006. Since 2008, he has successfully defended several defendants before the International Criminal Court (ICC): three Sudanese rebels, former Kenyan Minister Francis Muthaura and Kenyan Deputy President William Ruto. In 2016, he represented Saïf al Islam Gaddafi in a motion challenging the ICC’s jurisdiction in the case. Previously, in 2009, he also defended pro bono a group of victims in the Duch (Kang Kek Ieu) case before the Extraordinary Chambers in Cambodia. In Kenya, he led a team of about 40 people (investigators, prosecutors, historians, etc.) defending more than 116,000 victims of human rights violations committed during colonization. In 2016, he was also the lawyer for rape victims and children born of rape in Sierra Leone. He defended victims of torture and sexual abuse during the war before the country’s Supreme Court. 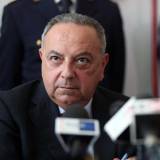 Francesco Lo Voi
Francesco Lo Voi, 63, has been public prosecutor of Palermo, Italy, since 2014. Initially working as a judge, he joined the Palermo public prosecutor’s office and the anti-mafia division in 1990. He then worked mainly on transnational crimes, drug trafficking, multiple murders, and money laundering. He is also responsible for tracking down Cosa Nostra fugitives. Between 1997 and 2007, he represented the prosecution before the Palermo Court of Appeal in hundreds of trials, then until 2009 before the Italian Supreme Court. From 2010 to 2014, Francesco Lo Voi was the Italian officer in charge at Eurojust, working on judicial cooperation in cases of financial crimes, human trafficking, child pornography, drugs, fraud and money laundering. Public Prosecutor of Palermo since December 2010, he manages an office of more than 350 people and 70 prosecutors, in charge of investigations, prosecutions, witness protection and arrests. The 63-year-old magistrate has proved himself notably by the arrest in 2018 of the successor of Toto Riina, godfather of Cosa Nostra. Francesco Lo Voi is part of the joint cooperation judicial team on crimes committed against migrants in Libya, initiated by the prosecutor’s office of the International Criminal Court. 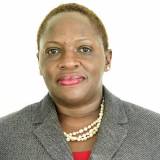 Susan Okalany
Susan Okalany has been a judge of the High Court of Uganda since 2016. From 2011 to 2016, she led and reformed the department in charge of children and sexual violence and worked notably with UNICEF. She then developed a manual and trained prosecutors. In 2015, she took the lead prosecuting a case on the assassination of a prosecutor handling the attack in a Kampala bar during broadcast of the 2010 World Cup that killed 74 people. Eight of the 13 defendants were convicted. After this case, she was named "Prosecutor of the Year" by the International Association of Prosecutors. In 2016, she joined the International Division of the High Court of Uganda, where she served as pre-trial judge in the trial of Thomas Kwoyelo, a former commander in the Lord’s Resistance Army (LRA). 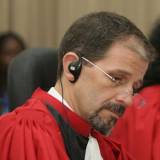 Robert Petit
Robert Petit leads the UN investigation into the March 2017 assassination of two international experts and four Congolese nationals in the Democratic Republic of Congo (DRC). He began his career as a prosecutor in Montreal before joining the International Criminal Tribunal for Rwanda in 1996. From 1999 to 2004, he was regional legal advisor to the United Nations Mission in Kosovo (UNMIK). He then joined the serious crimes unit of the UN mission in East Timor. In 2000 and 2001, he was legal counsel to police forces investigating international drug trafficking networks in Canada. Since 2001, he has been lead counsel in the Canadian War Crimes Unit in Ottawa. In 2002 and 2003, he led one of the prosecution teams before the Special Court for Sierra Leone. Between 2006 and 2009, he was co-prosecutor of the Extraordinary Chambers in the Courts of Cambodia, where he initiated investigations against five former Khmer Rouge leaders. The Canadian was a finalist for the position of Prosecutor of the International Criminal Court in 2012. 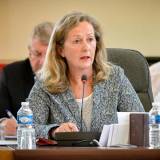 Brigitte Raynaud
Brigitte Raynaud, 57, is currently a substitute prosecutor at the Paris Court of Appeal. She was an examining magistrate at the Paris Military Court for thirteen years (1993-2006), in cases of military personnel suspected of being perpetrators or victims of crimes. This took her to Djibouti, Chad, Gabon, Senegal, Kosovo, and Macedonia. During this period, Colonel Raynaud dealt in particular with two sensitive cases, one on the role of the French military-humanitarian operation (“Turquoise”) during the 1994 genocide in Rwanda, and the other on the bombing of the French military camp in Bouaké, Côte d’Ivoire, in 2004. In 2006, against the advice of the public prosecutor’s office, she ruled admissible four of the six complaints filed by victims accusing the French army of complicity in the Rwandan genocide, and obtained the opening of a judicial inquiry. In March 2014, this Franco-Ivorian woman became deputy prosecutor at the Paris Tribunal de Grande Instance, dealing with financial crimes, and in 2019 she joined the Court of Appeal. She is one of the International Criminal Court’s experts on military justice issues. 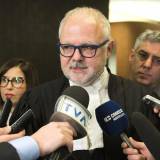 Richard Roy
A graduate of Montreal University, Richard Roy, 55, has been Senior General Counsel with the Public Prosecution Service of Canada since 2010. He is the prosecutor in the case of Désiré Munyaneza, a Rwandan businessman prosecuted in Canada for genocide, crimes against humanity and war crimes committed in Rwanda in 1994. Munyaneza was sentenced to life imprisonment after a 19-month trial. Richard Roy, who speaks English, French and Spanish, also joined the prosecution against the Canadian company SNC Lavalin, accused of fraud and corruption under the Gaddafi regime.
Share
Republish

Copy this HTML into your CMS
Press Ctrl-C to copy
International : Related articles
Trying Russian leaders in absentia: What would be the pros and cons?
David Van Reybrouck: "The fight for decolonization can’t be detached from the fight against global warming"