Why focus on the role of women in Tunisia’s transitional justice process?

As a sociologist initially specialized in gender studies, I immediately approached transitional justice from that perspective. I explored this issue through ethnographic observation conducted between 2014 and 2015 with the association Tounissiet [which advocates for the effective participation of Tunisian women in public life], and found it to be central. Many women experienced strong police repression related to anti-veil wearing measures between 1981 and 2011. Many women who wore the veil, whether or not they were close to the Islamist party Ennahdha, were expelled from university, arbitrarily imprisoned, tortured or stripped naked. They organized themselves in the aftermath of the revolution and later joined the process. My perspective on transitional justice is that it’s first an international process before becoming localized. I have tried to show how women’s associations took it up once the Truth and Dignity Commission (IVD) was established in 2014.

The inclusion of women in transitional justice, either in the decision-making process or as victims, has been the subject of institutional measures such as creating a commission reserved for women in the Truth and Dignity Commission. There has also been a “gender approach” to transitional justice by international organizations. For me, it was a question of analysing the process by which women appropriate or not this phenomenon. Have women appropriated the transitional justice process so far? I would say yes. In an equal way? Certainly not, especially with regard to women victims’ capacity to assume the status of victim in the same way as men.

In sociology, the notion of “victim” is not just a moral state but is seen as a socially-produced status that may or may not be adopted. My definition does not depend on the person’s experience of repression but on his or her willingness to accept, at a given moment, this status. In this sense, the awareness campaign conducted to convince women to file a victim’s case with the IVD was crucial. My questions are: What criteria did the institutions use to determine whether or not victims were eligible? Would the victims recognize themselves in it? What effects would it have on them?

My work shows that while some women have benefited psychologically, from recognition and symbolic recompense for taking on this status, others have experienced great distress and have felt used and forgotten. International and local organizations have tended to approach women’s inclusion measures from a quantitative, project-based and short-term funding perspective. I demonstrate that this has led to the marginalization of many women victims, who have not been able to “own” transitional justice.

You criticize the category of “indirect victim” instituted by Tunisian law. Why is this?

This category refers to the relatives of victims who suffered as a knock-on effect of the repression. The question that concerns me is what kind of recognition these victims will get. The problem lies in the term “indirect”, making a distinction between two types of victim. Men who suffered for their political activity are seen as direct victims, while the indirect victims – mainly women — are represented in the shadow of the men’s activism. So we end up with only a partial recognition of female victims.

Isn’t it thanks to this status of indirect victim that the number of women filing a case with the IVD increased from 5% to 25%?

Yes, the increase in the number of women victims is largely due to the promotion of this status. Several UN agencies, with the collaboration of local NGOs such as Tounissiet, supported an awareness campaign on this category. The result is partly thanks to United Nations Development Programme managerial tools, which included looking at comparative experiences, such as in Morocco where the concept of “indirect victim” once existed, in a different context. I show that this category, while it has the merit of highlighting that there are many women who have suffered from repression, relies heavily on the promotion of stereotypes related to femininity. “To make gender is to make difference,” say American sociologists Sarah Fenstermaker et Candace West.

For example, in the representation of indirect victims there is a strong focus on the “koffa”, the food basket prepared by wives or mothers for political prisoners. This image prevails of the nurturing woman, capable of sacrifice and self-sacrifice, suffering repercussions from the imprisonment of her husband, brother or father, who are the real “direct” victims. Thus, the women who have been in jail and also received “koffa” are not very visible in the process, just as men who have suffered repercussions from the repression of their relatives — whether men or women — are rarely perceived as indirect victims. So it was not so much a question of adopting a gender perspective as including women. But including doesn’t mean integrating.

Why have women on the Left not been as present as the Islamists in this process?

We must remember that transitional justice began in 2011 with the creation of associations and the mobilization of victims to demand accountability from the former regime. The women of the Left were part of it. Ennahda’s victory in the October 2011 elections was decisive. This movement, which admittedly suffered significant repression in the 1990s, took ownership of this issue and was strongly involved in the process from the beginning. In January 2012, the Ministry of Human Rights and Transitional Justice was created, headed by the Islamist leader Samir Dilou. But the Left, which suffered strong collective repression in the 1970s and more individually thereafter, was not as organized or structured in 2011-2012 after the revolution as Ennahdha. It did not have the capacity to rally local associations, which the Islamists did at the time. It is often said that the Tunisian Association of Democratic Women (ATFD), a historical NGO of left-wing feminists, boycotted the process. That is not true. It has always been in favour of transitional justice, while speaking out against the way in which the process has been conducted, particularly the over-representation of Islamists within it.

In your work, you point to “ordinary violence” against women. What exactly is this?

I show in my thesis that transitional justice too often emphasizes traumatic events to include women, rather than commonplace political violence. It does not situate the political repression experienced by women within a continuum of social and economic violence. According to the accounts I collected, there are of course victims who were able to integrate the norms of the process by insisting on these events and who got the long-term support of associations after the revolution, even becoming figures and symbols of transitional justice. But others, especially those who were called to increase the number of victims and who had no particular resources, felt the experience of testifying as something rather violent, as a feeling of dispossession of their lives and their story. This is because oral expression of suffering has its limits, but also because, when we focus on the repressive event, torture or imprisonment, we forget what came after: all the social sanctions, not being able to marry, not being able to work, etc. All that seems ordinary, but deprivation of these things is nevertheless part of these women’s experience of repression.  They are numerous, but their voices are not heard. I call them the “ordinary victims”.

Tunisia: glimmers of hope in the Matmati trial 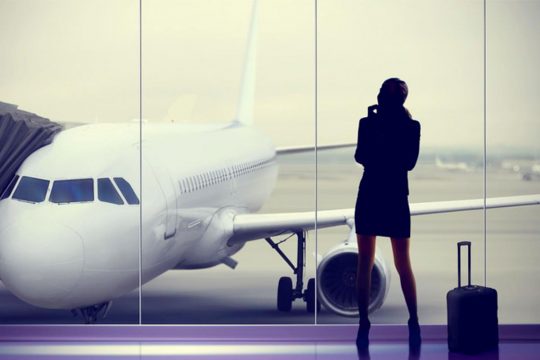