When Carwyn Jones talks of his relations with his Maori family, he talks about his grandmother. She left the Maori community and land of Wairao, on the east coast of New Zealand's North Island, long before he was born, and no longer speaks the language of her ancestors, partly because it was banned in schools at the time. “I did not spend a lot of time in my community. I did not hear the language.  My mum, my siblings and are I were not part of Maori immersion schools. I am still on a journey to learn,” says Jones, almost apologetically. His only point of reference with his Maori roots was his grandmother’s many stories of how her family's lands were lost. This community land was seized by British settlers in the late 19th century, confiscated and sold off at low prices.

This story was fully recognized and written down at the end of a reparation process undertaken by Jones’s iwi (tribe) through the Waitangi Tribunal. Established in 1975, this legal mechanism is responsible for receiving complaints from Maori who feel they have been wronged by failure to comply with the Treaty of Waitangi, signed in 1840 between the British Crown and more than 500 Maori leaders. This treaty is “atypical in our postcolonial world”, says New Zealand novelist Witi Ihimaera, since “it absolutely guaranteed our equal rights and privileges" with regard to those of British subjects, and in particular rights to land. But the spirit of the text long remained a dead letter, as shown by the history of the Wairoa tribe and the account of Jones, where there is talk of summary executions, imprisonment of certain chiefs and forced exile.

In 1975, the tribunal limited itself to considering Maori complaints related to "determining whether any current or future legislation or government policy were or would be inconsistent with the principles of the Treaty of Waitangi”.  The tribunal was to assess the harm caused and make recommendations - a disappointment to the then Labour Minister for Maori Affairs, Matiu Rata. Yet its establishment was already a victory for Maori activism in the 1970s. A political and cultural renaissance was underway. At a march on Parliament House in Wellington, more than 5,000 people delivered a petition to the government - signed by 60,000 people - protesting the continued loss of Maori community land. The tribunal was an initial response, providing a mechanism for Maori tribes to air their grievances.

Reparation for harms caused since 1840

Ten years later, the court's scope was extended, retroactively. This was partly due to continuing Maori activism and growing claims of confiscated land. It could now hear claims for compensation for damage caused since the signing of the treaty in 1840, which was a real earthquake in New Zealand. The state was responding to a report, in which the tribunal found "that governments had breached the treaty on countless occasions since 1840, and that Pākehā New Zealand had been built on many broken promises and bad deals”. The Pandora's box had been opened. It was a question, no more and no less, of now redefining the relationship between the Maori, 16% of the population, and the Crown (the state). One of the first tasks of the tribunal, when it was established in 1975, was to interpret the treaty, which had different versions in English and Maori.

“It provides both a truth and reconciliation function,” says Jones, a qualified jurist specialized in the Treaty and the Waitangi Tribunal who has worked in several posts within it, and advised his tribe when they filed complaints. The mechanism, he explains, consists of three steps: a "historical narrative" outlining the breaches of the treaty, accompanied by an apology from the Crown; "cultural redress" in the form of place name changes, land transfers or agreements for joint management of rivers and lakes; and finally, "financial redress", as well as economic. Ratified by Parliament, the agreements between the Crown and the tribes set out a historical narrative. This is a way of establishing a shared vision of the past. “I am fascinated by the Tribunal, in which law and history are mixed,” says Jones.

A process based on negotiation

Certainly compensation remains inadequate given the enormity of the losses. “It is falling short of restoring the lost glory [for the Maoris]”, says Maria Bargh, a political science professor at the University of Wellington. The process is a matter of negotiation, unlike in Canada, where indigenous people litigate in common law courts, building enforceable jurisprudence. “It depends on what the parties can negotiate,” explains Jones, who works in Canada. He gives the example of his tribe, which tried to obtain for the river passing through its lands the same status as the Whanganui River. The latter was given legal personality in 2017, after negotiations between the Crown and the iwi linked to the river. This is a legal innovation that takes account in law of the Maori holistic vision of nature as a living person. “The government refused to talk about that issue,” says Jones. “It is a highly negotiated process with strengths and weaknesses. Not enforceable rights, but it enables the party to focus on the issues with more flexibility. Ultimately, it is a political process.”

In addition to historical reparations, the Waitangi Tribunal was responsible for the establishment of Maori language radio and television, recognition of Maori fishing rights and recognition of Maori universities. Over time, Maori values and culture have (re)become an integral part of the country. Atearoa, the Maori term for North Island, is attached to the official name of New Zealand even on government websites. The Maori language is one of the three official languages. Maori language courses are popular with non-Maori. This cultural and political integration, which is still partial but unique in the world, did not happen overnight, notes Bargh: "Relations between the state and the Maori have progressed in fits and starts, depending on the government."

In the land of the All Blacks, the victory of the Labour Party last November and the reappointment of Jacinda Ardern as Prime Minister undoubtedly marks a new stage. In her speech celebrating the anniversary of the Treaty on February 6, 2020, she encouraged the Pakehas [European settlers] to make the transition to the Maori world. She emphasized that for a long time, the opposite had been the rule. "The idea of a so-called British superiority, a colonial legacy, has not completely disappeared," notes Bargh. "The legacy from the British superiority, some of these ideas are lingering." Judicial institutions, social services, education and prison administration are regularly accused of systemic racism. The socio-economic problems of the Maori persist. Their life expectancy is shorter than that of the general population. They are over-represented in the prison system.

Jones thinks this is less true for the young, “with a generation that went from early childhood in Maori school,” he says. This is a positive development that he attributes to a kind of re-found pride in their identity. Lara Greaves, professor of politics at the University of Auckland, points out how difficult it nevertheless still is at the university to make the Pakehas understand the reasons for the socio-economic fragility of the Maoris. “We lack a baseline knowledge,” she says. To respond to this need, the government has introduced into the curriculum from the next school term teaching on the history of the 1860-1870 wars between the Maori and the British. “Calling it Land wars changed the way we teach our own history. Education is the only way to understand and to get changes,” says Bargh. “It provides the context for some of the poor social and economic situation of Maori and why it is important that the Maoris are talking about it.”

The tikanga, first and new source of law

Carwyn Jones thinks a turning point has been reached. So much so, that the words of the national party leader Judith Collins accusing the Maori of "separatism" seemed dissonant. Another example of positive movement, he said, is the process of "civilising common law" by introducing the fundamental principles of tikanga, a system of Maori cultural practices used in conflict resolution. Here Jones uses the words of Supreme Court Justice Joe Williams, the first Maori to hold that office. References to the tikanga are more and more frequent in judgments of cases involving Maori and non-Maori. Little by little, a sort of mesh has been created between the common law of British inspiration and the tikanga, considered to be the first law of the country. And assessing knowledge of Maori principles in terms of justice is, at the request of teachers, about to be integrated into law schools.

“Actually claiming tikanga as a source of law can meet the needs of our society as a whole,” says Jones. And, says Bargh, "why not imagine the same thing in the political realm? We would have a political philosophy based on Maori principles." And Jones is hopeful. “Reconciliation is an ongoing process,” he comments. “We are getting to the point where historical claims of the past are being fixed up and we are moving forward to what we can do.” 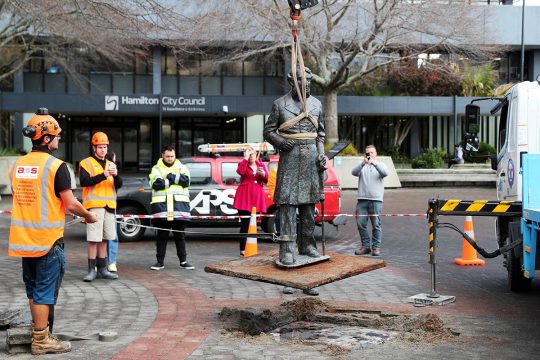 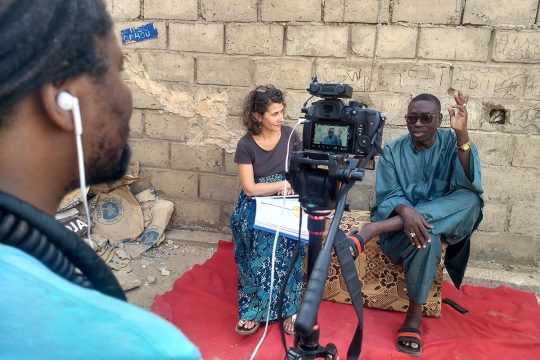