President Joseph Biden’s announcement on April 24 that the United States will “remember the lives of all those who died in the Ottoman-era Armenian genocide and recommit ourselves to preventing such an atrocity from ever again occurring” was predictably met with great enthusiasm in Armenia and anger in Turkey. Those contrasting reactions demonstrate why simply acknowledging a historical injustice happened may not be enough.

An acknowledgment by the state responsible for the injustice can be an important first step, but it may still be seen as hollow if unaccompanied by unconditional truth-telling and adequate reparations. An acknowledgment by one state that another carried out genocide will obviously be welcomed by the people who suffered death and persecution, but it can justifiably be criticized as hypocritical if the acknowledging state continues to deny its own record of war crimes, genocide, and slavery and has not delivered reparations to the victims and their descendants. At the same time, while Armenia may rightfully seek acknowledgment from its neighbors of the genocide and other egregious violations, for its part, it must have the courage to reckon with its own recent past in the 30 years since achieving statehood, which includes war crimes, systematic corruption, and large-scale human rights abuses against its own citizens.

Failing to do so ultimately threatens the young republic’s democracy.

Timing, sequencing, and not doing harm

Transitional justice calls for prudent timing and thoughtful sequencing of truth-seeking initiatives, reparations, institutional reforms, and individual accountability measures. Those processes are not meant to be implemented in a particular order and at times some measures—such as prosecuting long-dead perpetrators of massacres from a century ago—cannot be pursued at all. Remedies such as reparations and revealing the truth are often more important and urgent for many victims of human rights violations or conflict-related crimes than criminal prosecution and trials, particularly in global south countries.

For global north donor governments, that means first taking a “do no harm” approach and then asking whether the measures they support, the atrocities they choose to condemn or ignore, and their own record of denying or acknowledging injustices they caused could exacerbate conflict, heighten tensions, or devalue the goals of acknowledgment as a form of justice. For Turkey, the United States’ failure to acknowledge its own history of genocide became an excuse to say that “if a genocide word has to be used, that has to be used for the United States, not for Turkey.” It has obscured Turkey’s own hypocrisy in reiterating its offer to establish a joint history commission with Armenia while the Recep Tayyip Erdogan government criminalizes dissent, including the acknowledgment by Turkish citizens of the Armenian genocide. The point is not that governments should withhold their acknowledgment of injustices committed by others if they cannot acknowledge their own. The point is that calls for justice and accountability from global north countries for the atrocities committed by others will be taken more seriously if global north governments acknowledge their own histories of genocide, war crimes, and human rights violations against their own or other people.

Armenia has gone through significant political upheavals in its history, from the genocide to the breakup of the Soviet Union and the emergence of an independent Armenian republic in 1991. This post-Soviet transition in turn led to conflict with neighboring Azerbaijan over the disputed Nagorno-Karabakh region. Although these upheavals accelerated the formation of the Armenian state and opened a window to reinventing its national identity, they have also inflicted multigenerational wounds and left state institutions weak and in desperate need of reform. This allowed populist politicians and the oligarchs who backed them to capture the state and to commit mutually reinforcing violations of human rights and large-scale corruption.

These grievances were what led to the revolution in 2018, to the subsequent election of former political detainee and parliamentarian Nikol Pashinyan as prime minister, and to his promise to pursue transitional justice. That promise was why youth activists, human rights defenders, victims of corruption and human rights abuses, anticorruption organizations, and even Armenians in the diaspora were optimistic that accountability would emerge after the revolution. With the recurrence of war with Azerbaijan, some Armenians have also increasingly recognized the need for truth-seeking involving the conflict, a recognition that might eventually lead to realizing that civilians on both sides have suffered most.

But the promise is becoming difficult to fulfill. Armenia is repeatedly missing opportunities for truth-seeking and accountability. This is in part because the renewed conflict with Azerbaijan has given authoritarian-era politicians the excuse to invoke their past wartime roles and promote populist authoritarian leadership. But it is also because the Pashinyan government has failed to come up with a coherent transitional justice strategy that does not rely on his own version of populism. Thus, while political transitions might bring about a change in leaders or a shift in ruling parties, it is the creation of democratic space after authoritarian rule that might (but not always) lead to measures such as truth-seeking and reparations. In Armenia’s case, these measures could help build support for establishing a sustainable peace with its neighbors.

Commemorations and official apologies for past violations

The post-revolution government made some progress by filing criminal cases for corruption and for violations of the constitution against two former presidents and some of their family members. Pashinyan applied pressure on high judicial officials to resign so that the government could introduce judicial reforms. His majority coalition explored the possibility of judicial vetting, enacted constitutional reforms, and created new agencies to investigate corruption and recover ill-gotten assets. Pashinyan himself has issued official apologies for past human rights violations and led commemorations for victims of political violence under authoritarian rule.

However, a draft law that would create a truth commission is still pending in parliament. No other significant steps have been taken to address the demands of victims and their families for truth, reparations, and accountability for human rights violations, including those related to violent political repression, the detention of opposition activists, the corrupt and unjust expropriation of property in Yerevan, and the deaths under suspicious circumstances in non-combat situations of young Armenian conscripts in the military. In the latter case, a substantial number of these deaths also happened after the revolution, and this issue has come to symbolize the impunity that has become entrenched in the country.

More than ever, a broader transitional justice strategy is needed, instead of the ad hoc measures that the post-revolution government has so far implemented or initiated. This strategy should place a premium on truth-seeking, including for human rights violations and corruption. Armenia should not overly focus on criminal prosecutions and trials since those processes rely on an independent judiciary, which is still a work-in-progress in Armenia. This strategy should address both individual and institutional responsibility for past abuses and examine the root causes of the authoritarian rule that took hold in Armenia in the post-Soviet period. A truth-seeking process could help Armenians come to know and understand the hard truths about their recent history, including the history of the conflict over Nagorno-Karabakh, in the same way they have confronted and to some extent come to terms with the painful experiences of genocide and forced displacement of Armenians in the early 20th century.

However, transitional justice cannot meaningfully take place when the same oligarchs, political leaders, and foreign governments that benefited from authoritarian rule and state capture seek to undermine or even roll back the democratic transition that created the opportunity for accountability. It is therefore important to not simply explore transitional justice amid Armenia’s renewed conflict with Azerbaijan, but to explicitly carry it out with the goal of consolidating the democratic transition, protecting the human rights of Armenians, and demonstrating to Armenia’s authoritarian neighbors the Armenian people’s courage to seek the truth and their willingness to advance peace through justice.

Countries in the region and the global north can help

Global north countries including the United States and members of the European Union (EU), can help Armenia achieve accountability by taking a “do no harm” approach. That is, they should not exacerbate Armenia’s conflict with Azerbaijan or its tensions with Turkey by putting their own geopolitical agendas ahead of letting these countries carefully unpack their common historical baggage. Such an approach may also include promoting people-to-people dialogues that explore shared histories and even grievances, as well as ways of coexisting that do not depend on formal state involvement.

Foreign governments that support transitional justice, Armenia, or both can actively reinforce efforts initiated by Armenian officials and activists to hold accountable those responsible for large-scale corruption, justice for human rights violations, and respect for international humanitarian law. The EU, for example, can support Armenia’s efforts involving the release of prisoners of war from the recent clashes with Azerbaijan. A recently passed asset recovery law now empowers the government to seized ill-gotten wealth obtained through corruption, and countries where those assets are hidden can support the law’s enforcement. As two U.S. senators who have proposed a national action fund to combat corruption put it: “Imagine if the United States had been able to inject more anti-corruption resources into Ukraine after the Revolution of Dignity in 2014, or Armenia after the 2018 Velvet Revolution, or Malaysia after its 2018 election. If the United States had been ready with an anti-corruption action fund, we could have dramatically amplified the work of courageous reformers to establish lasting change.”

For the last three years, the revolution that took place in April 2018 has been celebrated in Armenia as Citizen’s Day, held on either the last Saturday or Sunday of April. It is not completely coincidental that it is celebrated close to Armenian genocide remembrance day of April 24. The 2018 commemoration of the genocide, which took place only hours after the authoritarian government had fallen, marked a turning point in the revolution. As journalists Ron Synovitz and Anush Muradian wrote in a Radio Free Europe article, “for the first time, many were commemorating Armenian genocide remembrance day as victors rather than as victims.”

That feeling of victory will be important for Armenians as they head into another political transition that may or may not expand democratic space and create new opportunities to address recent and historical grievances and injustices. The same transitional justice processes that Armenians have started to use to overcome an authoritarian past can be designed to find a just peace with Azerbaijan or even seek a formal acknowledgment of the genocide by Turkey. But in order to show the people of its authoritarian neighbors that peace and coexistence with Armenia is possible, it will be important for Armenia’s next government to show by example that it can use its democratic space to pursue transitional justice from within. 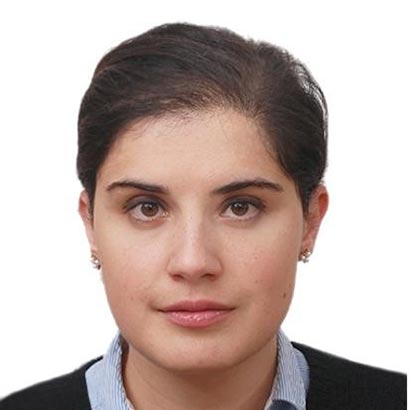 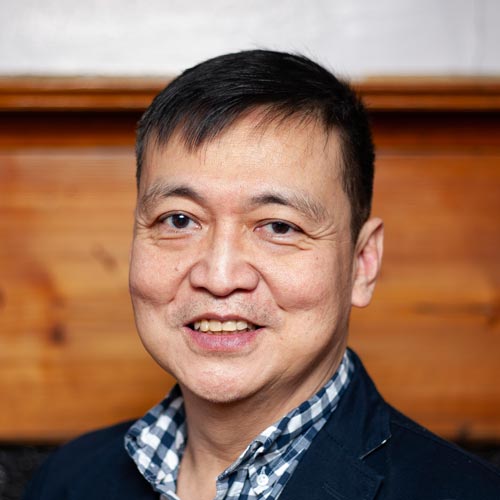 Ruben Carranza is senior expert at the ICTJ. He has supported transitional justice processes in numerous global south countries as well as advised the International Criminal Court. He has expertise on the intersection of transitional justice and corruption and has worked on the recovery of ex-dictators’ ill-gotten assets and their use for reparations.

Copy this HTML into your CMS
Press Ctrl-C to copy
Armenia : Related articles 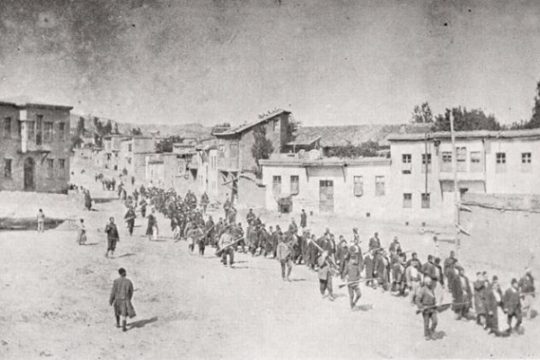 Week in Review: The importance of remembrance
Most read