Canada’s use of transitional justice mechanisms to address the devastating legacy of its Indian Residential School (IRS) system has sparked lively conversation regarding the boundaries of transitional justice, particularly because Canada is a non-transitional state. Indeed, the use of such mechanisms is fast-growing, for example in 2021, Finland and the state of Victoria in Australia established their own Truth and Reconciliation Commissions (TRCs) with respect to state harms against indigenous populations. This is therefore a critical time to consider what we can learn from Canada’s transitional justice efforts.

Thus far, discourse regarding transitional justice in Canada has predominantly focused on the TRC. However, the Canadian TRC was just one of five mechanisms established by the IRS Settlement Agreement (IRSSA), forming a collective response to the IRS. This piece therefore critically analyses the IRSSA as a whole, and drawing on perspectives of survivors, focuses on three key themes: the IRSSA’s creation of five separate mechanisms, the concurrent operation of these mechanisms, and whether the IRSSA adequately responded to the cultural harms inflicted by the IRS.

I argue that justice must be as multifaceted as the harms it seeks to address. While having separate mechanisms facilitates this to a point, the IRSSA fell short in responding to cultural harms, which were a defining feature of the IRS system. What is needed is more ‘culturally responsive justice’, meaning more culturally competent mechanisms, culturally relevant forms of justice, and the greater integration of cultural values and legal traditions in relevant justice processes.

Complementary mechanisms or an extra burden?

The IRSSA aims to respond to harms experienced by survivors of the IRS system, a system recognised by the Canadian TRC as ‘cultural genocide’. The agreement was reached after survivors launched numerous class actions across Canada, and it funded five separate mechanisms intended to provide ‘comprehensive and lasting resolution’ of the legacy of the IRS. These were the establishment of the Canadian TRC, two compensation mechanisms, a grants mechanism for commemoration activities, and funding for the Aboriginal Healing Foundation (AHF) for programmes addressing the impacts of the IRS. The IRSSA came into effect in September 2007. Its mechanisms operated concurrently, and were largely concluded by 2014.

In the past, TRCs have often been the primary transitional justice mechanism in operation, viewed as having truth-telling, reconciliation, memory and healing functions. This has attracted significant criticism as a conflation of the role of truth-seeking in healing and commemoration. While certainly linked, truth-seeking, healing on individual and collective levels, and appropriate commemoration require individual responses to properly address their different complexities.

The IRSSA’s creation of five separately designed, operated and funded mechanisms therefore drew an important conceptual divide. However, while these mechanisms were designed to complement each other, a 2020 report of Canada’s National Centre for Truth and Reconciliation (NCTR Report) revealed that survivors did not find this translated in their operation. Instead, it sometimes created additional challenges. For example, survivors noted that their testimonies were not shared between the TRC and the assessment process for compensation, which required them to detail their stories twice if they wanted to participate in both mechanisms. This had significant impacts on survivors’ access to more than one mechanism, as many explained they did not have the strength to repeat their testimonies and therefore had to choose between compensation and participating in the TRC. The key lesson here is that conceptual separation must be accompanied by a level of practical integration to avoid unnecessary re-traumatisation and systems weighing against one another.

A better use of survivors’ perspectives

The concurrent and relatively rapid commencement of the IRSSA’s mechanisms was intended to enable earlier access to multiple systems, particularly for older-age survivors. Though the intention to provide earlier access is a good one, survivors in the NCTR Report strongly argued that the other IRSSA’s mechanisms could have been more culturally competent and trauma-sensitive if their designs had been able to take into account the TRC’s recommendations and its findings regarding the nature and extent of the harms experienced.

Indeed, a better understanding of the harms caused by the IRS system may have enabled the IRSSA mechanisms to be designed to better respond to the specific traumas experienced, reduce re-traumatisation, increase efficiencies and lower evidentiary burdens for common experience compensation claims. There were, however, ample tools available at the time of design to improve the IRSSA’s cultural competency notwithstanding the findings of the TRC. Survivors’ perspectives were readily accessible, and the IRSSA came after the large-scale Royal Commission on Aboriginal Peoples (RCAP) in Canada, which included a detailed investigation into IRS policies, their intentional ‘obliteration’ of Indian children’s connections to their families, cultures and spiritualities, and the abuses experienced by the children.

Though the NCTR Report focused on delaying other IRSSA mechanisms in order to incorporate learnings from the TRC, the lesson I see here is that already-available resources, including survivors, must be better used to create culturally competent and trauma-sensitive mechanisms at the outset. The level of detail in the RCAP Report was not insignificant, and while further details certainly emerged through the TRC, already available information could have been used to provide the nuance survivors were wanting for, without compromising access for the elderly or cultural competency.

Beyond questions of cultural competency, was the IRSSA responsive to the cultural harms suffered, both in the forms of justice it provided, and the priorities used in its decision-making processes? These cultural harms included the intentional obliteration of cultural knowledge, practice, language and spirituality, and the severance of ties to family and community, impacting not only survivors but their families, communities and subsequent generations.

In the NCTR Report, survivors overwhelmingly emphasised that the IRSSA did not respond to the cultural harms experienced. The AHF, for example, was funded for a finite period and its programs focused primarily on physical and sexual forms of abuse. While addressing these abuses was and is necessary, survivors further defined healing as collective, intergenerational, and inclusive of the ‘revitalisation and practice of Indigenous cultures and identities’, a process of reconnection to their cultures, communities, identities and spiritualities over time. The closing of the AHF and its narrow focus both defied this definition and limited the acknowledgement of the scope of the IRS’s damage to individual harms. Further, the IRSSA did not include efforts to restore culture, language, land, or address the intergenerational impacts of the IRS system, despite consistent calls for these forms of justice. Instead, survivors often felt the IRSSA imposed ‘western’ versions of justice and healing, and reinforced systemic discriminations against Indigenous populations already embedded in Canada’s legal system.

This unearths a deeper tension regarding the decision-making processes used in IRSSA mechanisms generally. Highlighted in the NCTR Report, survivors felt indigenous protocols and legal traditions were not used to properly counterbalance the formality, complexity and adversarial nature of the Canadian justice system, which ultimately underpinned the IRSSA. In particular, survivors frequently called for the use of principle-driven approaches which centralise reconciliation and healing, identified as a common feature across indigenous legal traditions in Canada. Survivors emphasised that prioritising principle over complex legal processes would have avoided outcomes that were ‘arbitrary and inconsistent with reconciliation principles but legally permissible’.

There are three key lessons to take here. First, there needs to be stronger recognition of the perpetration of cultural harms and their long-term, deeply cultural and often spiritual impacts across generations. Secondly, culturally relevant forms of justice are needed to properly respond to cultural harms. Finally, the systems facilitating justice efforts should be better balanced, if not driven, by more culturally relevant values and priorities regarding justice as identified by the group of survivors, in this case, reconciliation and healing.

A call for culturally responsive justice

The prominent theme emerging throughout this analysis is the need for more acknowledgement and response to the cultural harms suffered. This was emphasised on three levels: the need for more cultural competency in the design of the IRSSA’s mechanisms, the provision of forms of justice more responsive to cultural harms such as restoration of language and cultural connection, and the use of value systems and legal traditions relevant to the cultural harms perpetrated to balance and drive decision-making regarding the IRSSA’s activities. The trio of cultural competency, culturally relevant forms of justice and better integration of cultural values and legal traditions in processes facilitating justice, form what I refer to as ‘culturally responsive justice’. Moreover, this can only truly be informed by survivors of those harms in a given context, including intergenerational survivors.

I do not disregard the work of the IRSSA when it comes to responding to the harms of the IRS to individuals, but I emphasise that it left the cultural harms of the IRS largely unaddressed. Ultimately, our forms and systems of justice must be as diverse and multifaceted as the harms they are responding to. Using multiple mechanisms which acknowledge and provide diverse forms of justice is certainly an important part of this. Overall though, this is a call for more culturally responsive justice in transitional efforts responding to harms against indigenous populations, particularly where cultural harms have been suffered. 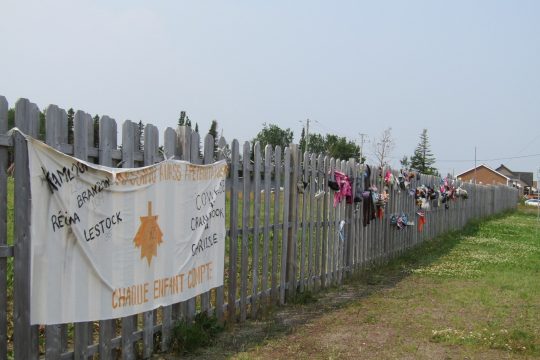 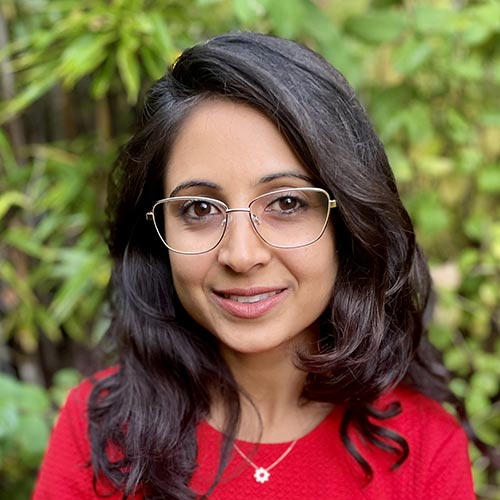 Chandni Dhingra is a humanitarian policy and diplomacy professional and international human rights lawyer, currently working with the International Committee of the Red Cross. Her previous work has focused on displacement, child protection and women’s rights, and she has contributed to various submissions to UN and government mechanisms. All opinions presented in this piece are the author’s own and are not associated to the author’s place of work.